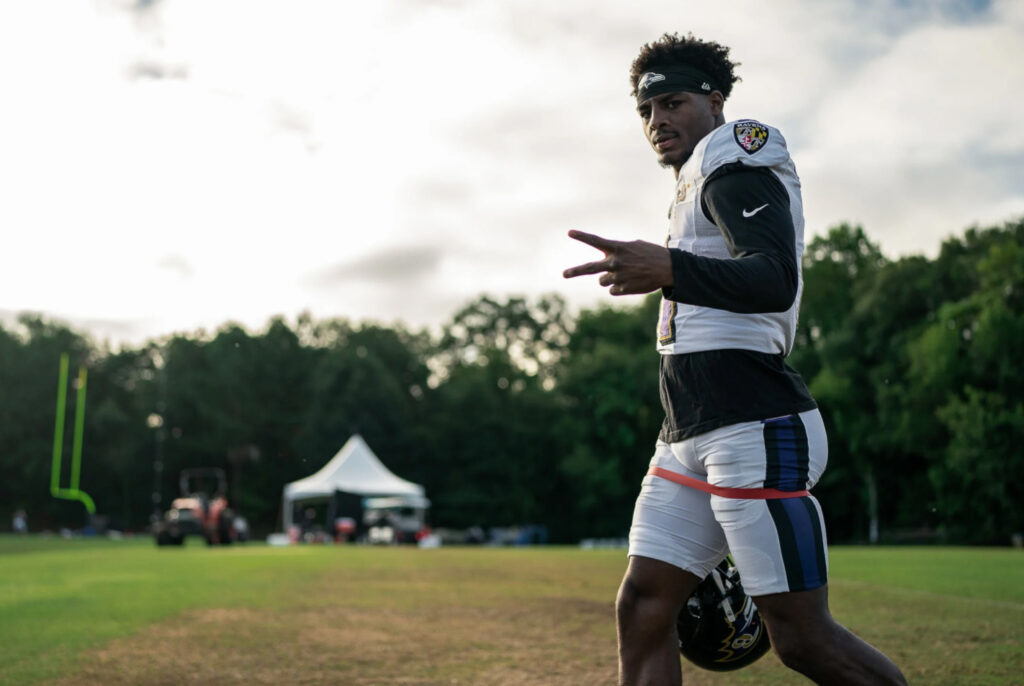 Rumors circulating (via @AllbrightNFL) that the #Ravens have contacted the #Broncos about Tim Patrick.

Little-known fact: Baltimore already had its chance with @Tpstreets. Blew it.

Patrick signed with the Ravens as an undrafted free agent on May 5, 2017. He made it through OTA’s that year but was eventually waived on July 30, 2017 after a few training camp practices. The 6’4” former Utah Ute has developed into a better than average receiver capable of making plays in traffic as these video highlights will showcase. Last season Patrick reeled in 51 catches for 742 yards and 6 TD’s. He could be the consistent big target that Miles Boykin has failed to become.

It was widely believed that Boykin would be one of 6 receivers that the Ravens would keep on their 53-man squad. Even barring a trade, that now seems like a longshot. James Proche appears like a lock to earn that 6th and final spot and if training camp is any indication, the 2020 sixth-round pick could climb above Devin Duvernay and Tylan Wallace on the depth chart.

If the Ravens deliver a shocker and release Proche, given all that he’s done in camp coupled with his obvious attention to detail, work ethic and coachability, what kind of message does that send to the rest of the team? Hard work and results should be rewarded. And the bet here is that they will be.

[The Case For James Proche]

Through three weeks, one of the Ravens biggest unpleasantries of training camp has been the substandard play of the offensive line. Missing from O-line coach Joe D’Alessandris’ repertoire is a swing tackle to fill in if either Ronnie Stanley or Alejandro Villanueva is unavailable. Andre Smith, Michael Schofield, Tyre Phillips nor any of the undrafted rookies provide a solution. But if the Ravens can get through October, it’s possible that a player they signed back in June could offer one.

Tackle Ja’Wuan James is currently on the Ravens’ Non-Football Injury List with an off-field Achilles injury he suffered in April which eventually triggered his release from Denver. You may recall that Terrell Suggs had the same injury back in April of 2012 while playing basketball. Suggs made his way back to the field in late October. If James can make similar strides in his rehab process, he could be that missing ingredient for D’Alessandris and the Ravens offense. 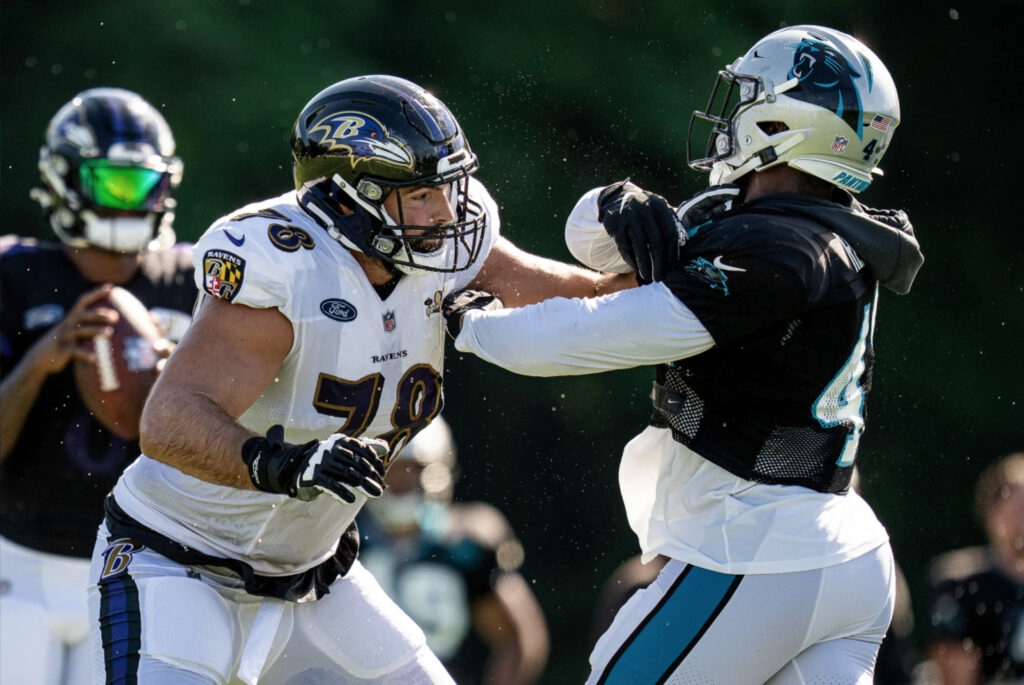 Ravens hopeful Chris Westry was flagged during the team’s first preseason game against the Saints for taunting. The penalty, while frustrating, was earned and it represents a mental adjustment many players will need to make. That said, this new rule implemented by the league has the potential to become extremely frustrating, much like the angst suffered during the implementation of the helmet-to-helmet rule a few years ago.

Today’s players have grown up in the Madden NFL era – a game that features taunting and simulated trash talking. These are learned behaviors by a generation. Agree or disagree, the actions are like embed code, woven into the competitive souls of many modern-day players, seemingly ingrained into their muscle memory. To undo it could be a struggle for some. And this new penalty could unleash a frustrating flag-fest.

Consider this ridiculous penalty called against the Colts’ Benny LeMay.

Remember when the @NFL helmet-to-helmet rule came into play and early on it was a source of fan frustration, diminishing the enjoyment of the game? Don’t be shocked if it happens again. This year’s culprit will be taunting. This play cost Benny LeMay & the #Colts 15 yards ???? pic.twitter.com/HTIIpqT5B8

Imagine a Ravens player making a big play during a key moment in a given game. He gets caught up in the excitement and expresses his emotion in a demonstrative way. In comes the laundry nullifying a game altering effort. You know it will happen, just like it did with the helmet-to-helmet laundry instigated by overzealous game officials in the past.

Hopefully flags like those handed out to LeMay are intended to be wake up calls during the preseason for players. And hopefully, sooner than later, they’ll all get beyond this silliness in an already over-officiated game.

It’s enough to drive a fan to drink.

This Bud’s For You 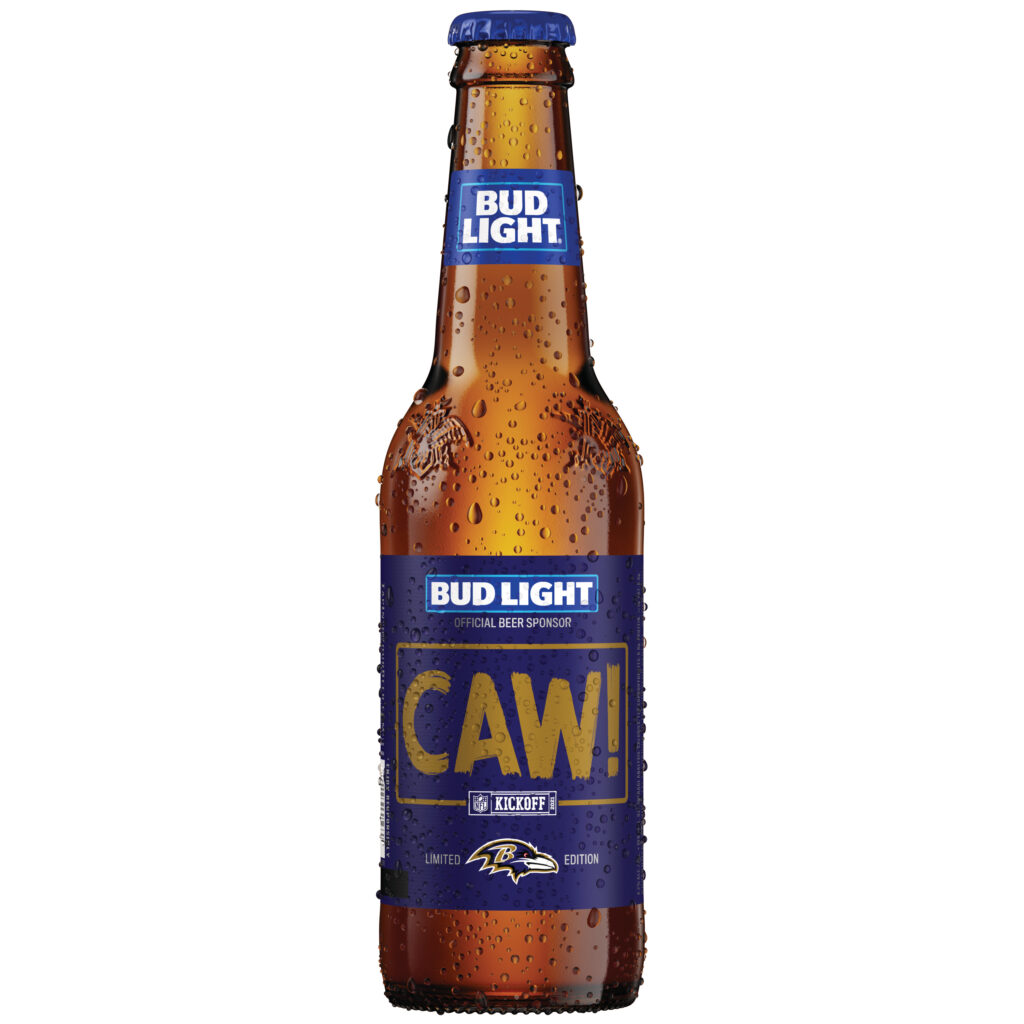