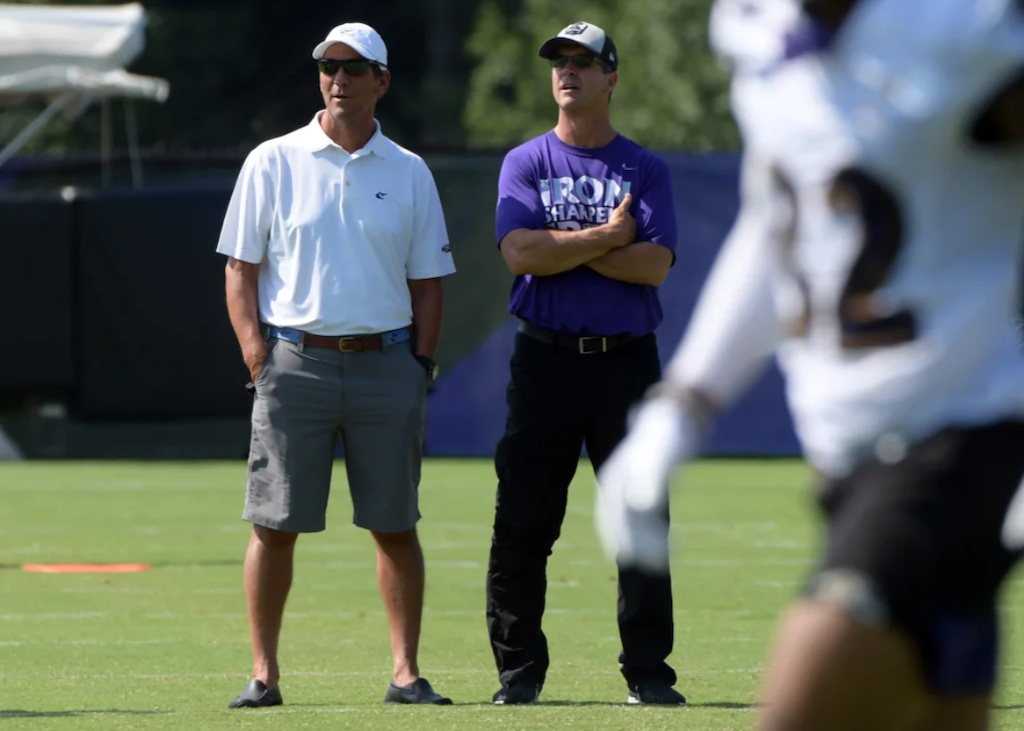 The Ravens are all about winning, whether that be in the preseason, regular season or playoffs.

Coach John Harbaugh is not going to apologize for that.

The Ravens extended their winning streak to 19 games in the preseason, a mark only equaled by the Green Bay Packers when they were led by the great Vince Lombardi.

We have the lead after that touchdown run by @natemccrary28!

Tune into the fourth quarter on @wbaltv11. pic.twitter.com/Z0JVNGljUc

The Carolina Panthers became the latest victim of the Ravens in the preseason. Baltimore earned a dominant 20-3 victory by using a familiar formula — strong defense and a stout running game.

The Ravens defense had a huge goal-line stand in the first quarter. Safety DeShon Elliott had a big stop after shrugging off a block by the fullback. Elliott finished with a sack and two tackles for a loss.

The Ravens were forced to defend a short field three times, but the starters held the Panthers scoreless. Outside linebacker Chris Smith continued to flash and he had a sack on third down that forced the Panthers to punt. Rookie Daelin Hayes had another solid game with pressure on the quarterback.

“I feel like if we can get our hands more on the ball, we’ll get a couple defensive takeaways and turnovers and make some touchdowns on defense and finish this game out strong.”

Huntley did manage to complete 15 of his last 16 passes in the first half after starting 0-for-4. He then completed a couple of deft passes to rookie Tylan Wallace to set up the Ravens first touchdown.

Overall, Huntley was 24 of 34 with 187 yards and interception (71.6 rating). He’s making just enough plays to hold down the main backup job.

“I had to just get into a rhythm. I couldn’t keep performing how I was, because it would have been all bad. I just had to get that rhythm and get us on track so we could start moving the ball; that’s key right there,” Huntley said. “I didn’t even know I was 0-for-4; I just knew I needed to complete some passes, so that’s what I strived to do, and I guess it came to play.”

Ben Powers got the start at left guard, while Patrick Mekari started at left tackle. The other three linemen that are the projected starters are center Bradley Bozeman, right guard Kevin Zeitler and right tackle Alenajdro Villanueva. The Ravens were still not comfortable starting Lamar Jackson behind this line. The pass blocking was uneven, but the Ravens ran for 168 yards on 41 carries. The Ravens need to go into the regular-season opener against the Raiders with the offensive line fully healthy.

“It was an awesome experience,” McCrary said. “For me, it felt like a dream come true just to be here and play at this level. Our goal was just to play downhill football, be physical and run the ball high and tight – that’s what we did.”