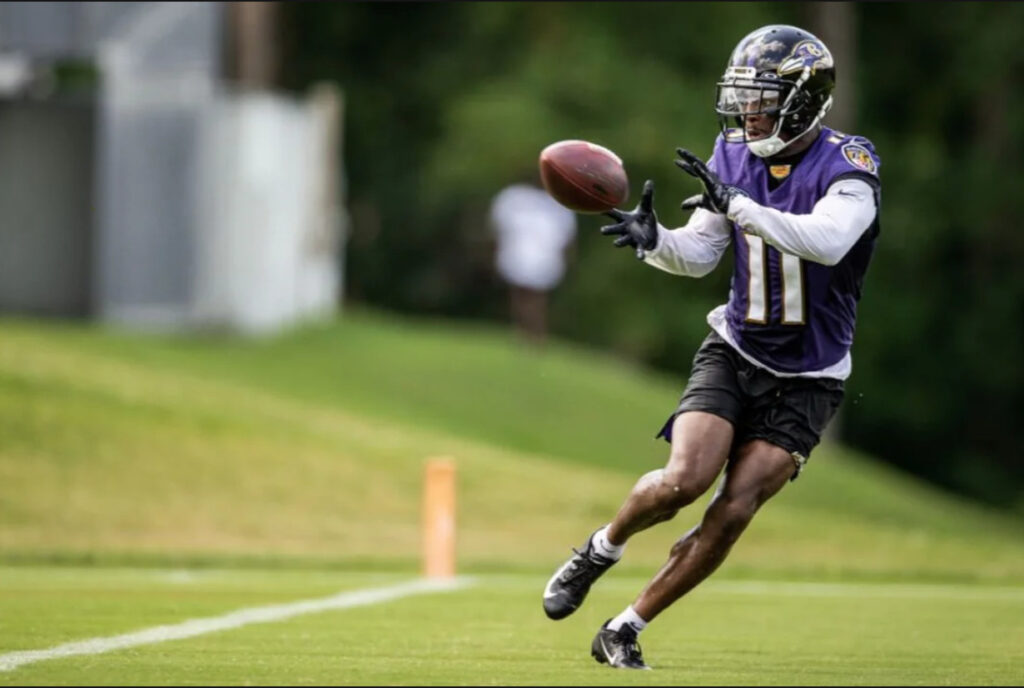 Greetings RSR! Before we dive into this article, I’d first like to briefly introduce myself to all of the fine readers of Russell Street Report. My name is Ronald Toothe, and I’m a 20+ year fan of the Baltimore Ravens with a true passion for covering the team. Like many of you, the Ravens have been responsible for countless memorable moments in my life that I hold near and dear to my heart.

Perhaps my favorite aspect of it all though, is the comradery shared between the members of the flock through good times and bad. The Ravens’ fanbase is the best in all of football, and I’m genuinely looking forward to sharing many more of those memorable moments with all of you! A big thank you to Tony Lombardi for throwing me a jersey as well, it’s truly an honor to be joining the RSR team.

Now, on to the real reason we’re here today. Through two games, the Ravens have extended their preseason winning streak to 19, which is the longest streak since the Green Bay Packers in the early 60’s. While these victories don’t hold any true weight in the regular season, they’re a testament to the value of roster depth that’s been established in the Ravens organization for years. They’re also a reflection of how successful Eric DeCosta and company have been in building said depth.

While there are certainly still positions at which the Ravens could use an extra contributor (such as offensive tackle) they’ve built themselves a king’s ransom in other spots. Today, let’s shine a spotlight on three “end of roster” players who could prove to be valuable pieces of the puzzle when all is said and done for the 2021 Baltimore Ravens.

The Ravens’ running back room is one that personifies the “thunder and lightning” approach as well as any backfield in football. All signs point to J.K. Dobbins being on the verge of breaking out as a true elite option, and the Gus Bus will be steamrolling down the road in Baltimore for at least the next two to three seasons. However, there’s quite the competition taking place for that third running back spot, and the one who appears to be in the driver’s seat is Ty’Son Williams.

Coming into training camp, it seemed all but a lock that Justice Hill would end up reclaiming his spot behind Dobbins and Edwards (short of a Todd Gurley signing or something similar). What a difference three weeks can make though, as Williams has quickly become one of the brightest spots of this preseason for the Ravens.

After an eye opening performance against the Saints in which he averaged over 4 yards per carry and led the Ravens in receptions, Williams followed it up against the Panthers to a similar tune of 10 carries for 47 yards. Williams also added a touchdown in that game, and looked like a truly complete back in the process.

He’s shown a pretty fierce ability to cut on a dime, and has the field vision to find the holes he needs to hit. His balance was also on display against Carolina, when in the fourth quarter he broke three tackles and one-arm bear crawled his way into the end zone for a 20-yard touchdown.

this is INSANE balance and effort for 6 👀 pic.twitter.com/rsPapUl646

Williams has made the types of hard-nosed runs that John Harbaugh loves, the types of runs that we’ve seen from some of the Baltimore greats over the years.

Right now it feels like Williams has played his way onto the roster. Heaven forbid anything should ever happen to Dobbins or Edwards during the season, Williams has shown that the Ravens can be confident in his ability to shoulder a portion of the workload.

Not bad for a second-year undrafted rookie!

No player on the Baltimore Ravens has changed their overall perception in the public over the last month more than James Proche. Coming into camp, it seemed like he would be the odd man out of the wide receivers room following all of the off-season additions the team made. Since then, he’s made numerous highlight reel catches in practice that blew up on social media and has arguably been the most impressive receiver in camp.

Injuries have plagued this group seemingly since day 1, and Proche has taken advantage of every additional rep thrown his way as a result. It was likely to come down to he and Miles Boykin for that 6th and final receiver spot, and Boykin not being healthy enough to practice while Proche shows these flashes doesn’t bode well for the former third-round pick’s chances.

The only thing preventing Proche’s spot from being a 100% lock at this point is the fact that his production has yet to show in the preseason. He hasn’t taken over through the first two games the way he has in practice, but to be fair the same can be said about every other receiver on the field as well. Regardless, it would still be a pretty substantial shocker if Proche’s play hasn’t already granted him at least one more year in purple and black.

Given the aforementioned injuries to this wide receiver group, Lamar Jackson may be relying on Proche to contribute right from the opening kickoff. Rashod Bateman won’t be ready for the first month of the season, and Hollywood Brown is also dealing with a hamstring injury at the moment that’s kept him sidelined for a sizable portion of camp. Brown’s injury seems to be healing thankfully, but it wouldn’t be surprising to see him eased back into his usual number of reps.

Either way, James Proche could very well have an opportunity to make a mark in Las Vegas on Monday Night Football.

Right around the time that the flock was gushing on social media about rumors of the Ravens trading for Jaguars wide receiver D.J. Chark, Eric DeCosta picked up the phone and acquired a much less headline grabbing player from Jacksonville in Josh Oliver. A former third-round pick, Oliver’s career has been hampered by numerous injuries over his first two years in the league. What couldn’t be denied though, are his physical attributes and raw potential that may allow this project player to be a successful one in Baltimore.

Oliver first started catching the eye of the public in early August, where he made more than one impressive catch during 7-on-7 drills. Coach Harbaugh was asked about Oliver’s play in camp and had this to say.

“He’s doing a really good job. It’s just going to come down to … he’s learning, he hasn’t played a lot of football in the NFL, but he’s a talented guy. Getting out there and getting the experience of all these situations and being in those situations, taking him to the [first preseason] game, then taking him to the next week, then the next game and just seeing where he comes out at the end of it after the three games will be really … That’s the process here for him, but he’s doing well.”

In the first preseason game against the Saints, Oliver notched four catches for 22 yards. He followed it up against Carolina by leading the team in catches, hauling in seven passes for 50 yards. So far in the process Harbaugh mentioned, Oliver has gained a bit of that game experience, and has improved each step along the way. Right now he’s seemingly the favorite to win the TE3 spot behind Mark Andrews & Nick Boyle, and could be a valuable pass catcher at the position who at the very least helps lighten the load on Andrews.

The Ravens coaching staff has a lot of difficult decisions to make over the next few weeks. Some great football players will find themselves looking for work, but ultimately the best 53 will have their hard work rewarded. In addition to the three players we talked about today, there’s been an abundance of production from a few other formerly unknown faces as well. This time of year is when the diamonds in the rough truly start to shine through, and the Ravens may have themselves some pretty valuable jewels at the end of the roster.