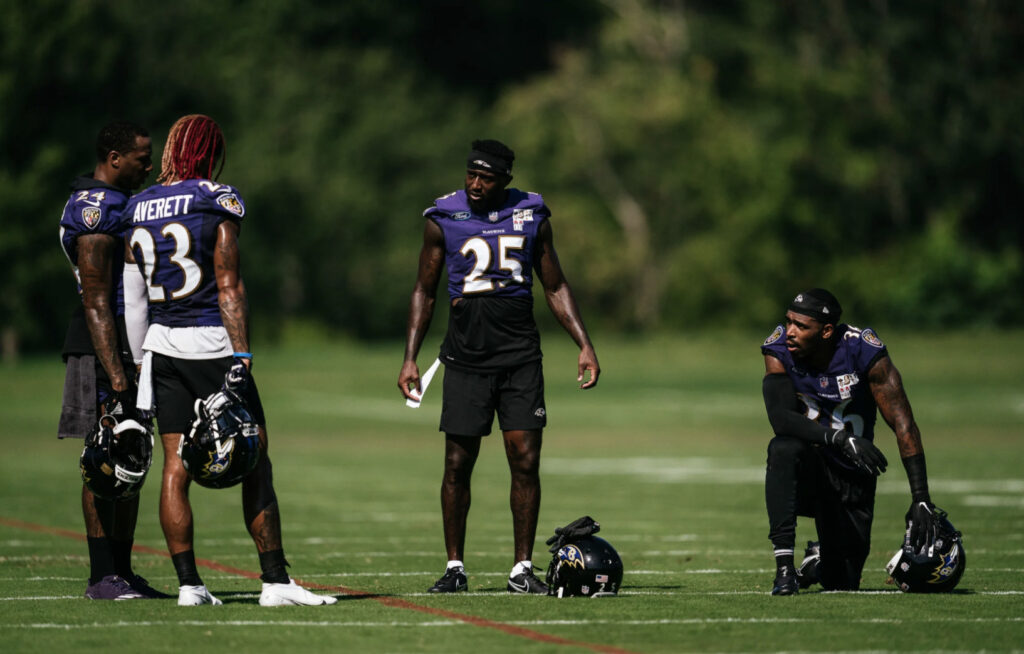 Ravens coach John Harbaugh says the young defensive backs are making his job “very difficult,” and that’s a good problem to have.

Safeties Geno Stone and Ar’Darius Washington have flashed throughout the preseason. Despite one hiccup against the Panthers in the second preseason game, cornerback Chris Westry has been dominant in one-on-one matchups. Nigel Warrior, who made the switch from safety to cornerback, has also played well.

“[They’re making it] very difficult, very difficult,” Harbaugh said. “It’s a great problem to have. It’s the problem that you work very hard to have in terms of acquiring players and developing players, and all the things we do in the weight room, the meeting room [and] the practice field to help those guys be the best they can be.

Khalil Dorsey and Iman Marshall have been placed on IR.

Some of these players could make their way to the practice squad.

“They’ve really taken it to another level. I think if you watch them just moving-around wise, they’re both moving really well, which is a credit to them, and the work they’ve put in,” Clark said. “[It’s] also credit to the fact that they really understand the defense well. They flow within the construction of the defense.