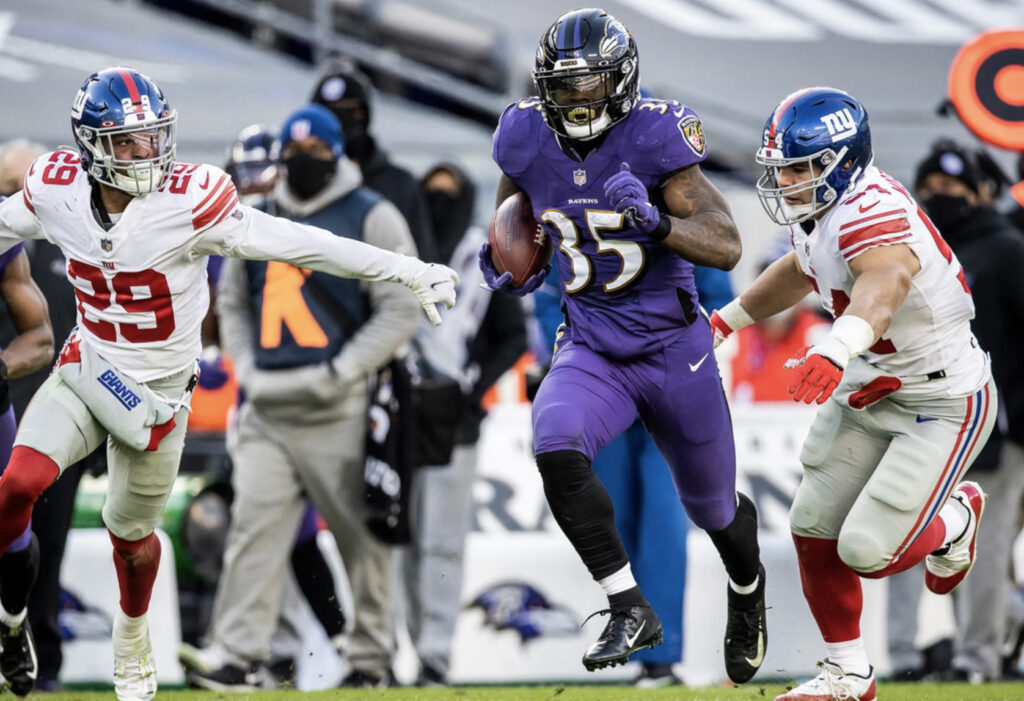 The Ravens wrapped up another undefeated preseason with a resounding 37-3 win over the artists formerly known as the Redskins this past Saturday. We came away from the game happy to see the likely starting offensive line play together in a game, the defense continued to look good, and we saw some big plays by players who probably won’t make the 53 but did cement their practice squad spots.

Unfortunately, the worst also happened in that they lost starting running back and elite playmaking talent JK Dobbins to a season-ending knee injury. During the game, we were seeing many reports from the various doctors who do the video analysis on injuries and many felt that he may have avoided an ACL tear because it was a hyperextension, and hyperextensions don’t usually result in an ACL tear. However, they did caution that it could happen, especially since his foot got stuck in the turf. While the optimistic side in me was holding out hope for an MCL and/or PCL sprain and perhaps a bruise, it just felt inevitable that his season was done judging by the body language of Dobbins and the rest of the team and coaches. Yesterday, we got the news that the MRI confirmed the torn ACL and that he was done for the year.

News of this brought out those saying John Harbaugh was more concerned with a preseason win streak than the health of the players. To me, this is the perfect example of why social media can be so horrible. For people to actually think, say and believe that is astounding to me. Of all the bad takes we will see in any given sports year, that has to rank up there amongst the worst.

I do think it is fair to question why he was even in there but I don’t have much of an issue with it. I don’t mind players playing together and getting a feel for the game, especially since we are so far out from the first game of the year. Should we also be holding him out of practice, because the injury could have happened there (remember Jamal Lewis)? Where should the line be drawn?

Either way, his season is done and the Ravens have to move on. Another trend I am seeing is that people are freaking out, saying cancel the season, etc.….While I understand the frustration especially since the WR position has taken a beating this offseason, this isn’t some irreplaceable loss that dooms the Ravens’ chances.

First of all, Gus Edwards is a legit back. He has never averaged under five yards per carry and has gone over 700 yards in each of his first three seasons despite never getting 150 carries in any season. Since coming into the league in 2018, Edwards’ PFF rushing grade sits at 90.2. He excels in getting yards after contact and makes defenders miss. He isn’t the explosive player Dobbins can be and  he isn’t much of a receiver although maybe he could be if the team threw to RBs more often. The issue you have with Gus is that he has never had a full workload for a season. Keeping him at 15-20 carries a game will be important as the season goes on.

Where the loss of Dobbins really hurts is both in explosive play upside and depth. The Ravens aren’t likely to replace the explosive plays, but the hope has to be that the passing game improves and they get them in that manner. The bottom line is, whether Dobbins is in there or not, this team is only going as far as the passing game allows it to and yes, Dobbins’s presence helps with that but this all goes back to Lamar Jackson and his growth with his arm.

As for depth, I am sure the Ravens will bring in a vet, with Todd Gurley seemingly being the most likely option, but I think Ty’Son Williams has a chance to be a pretty good back up in this league. He has shown a lot of playmaking ability in the last two preseasons. If anything, this is more of an indictment on Justice Hill, a player I personally really liked coming out of college but who has never really been able to become that guy. He has become a good ST player but I am not sure he makes this team right now unless he gets healthy and the team decides not to bring in a vet RB.

I am personally good with whatever decision they make with respect to bringing in another back. To me, a lot of the players who are available are available for a reason and that reason is likely that they aren’t that good anymore. Still, I understand the idea of adding a veteran (for a multitude of reasons) to the backfield to see if you can squeeze a little more out of them.

Let’s also not forget the biggest reason this may not be as big of a deal as Ravens fans think. The Ravens run a system that has produced some of the best running games in the history of the sport. Lamar Jackson is still back there and is still the fear of the other side. The scheme is still the same, the one that has worked for other teams (when Greg Roman coached them) over the years as well. Through the first six games of the season last year, Dobbins only carried it 25 times.  He never had more than 15 carries in any game and rushed for over 100 yards twice. He did average six yards per carry and had some explosive runs but he wasn’t someone who was a bell cow, 300+ carry back in Year 1 either.  The Ravens rushed for over 3000 yards and 191 yards per game, despite Dobbins only having 134 carries.

This is a blow to the team and it definitely hurts the offense, but I don’t think it hurts as much as some seem to, and if Williams or the vet they likely bring in can be an efficient runner behind an offensive line that should be better in 2021 (and, of course, Lamar), I think this will be something the team can recover from.

The biggest worry is when you are playing the best teams and you need those big explosive plays; can they find them with Dobbins not there?

Time will tell on that one.