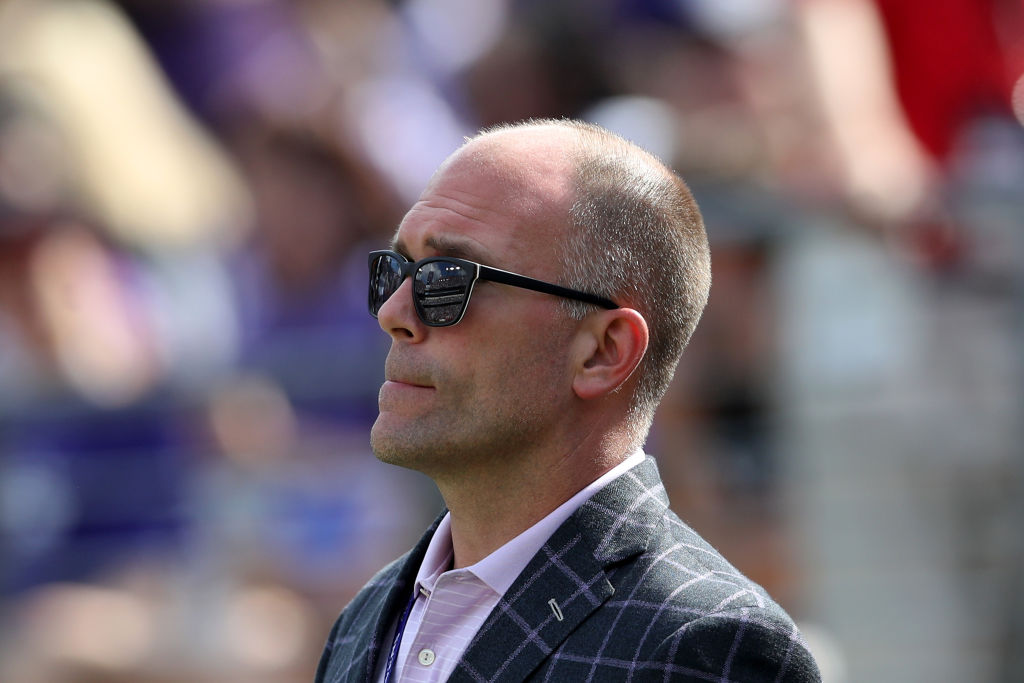 As the Ravens finalize their roster and look to make a Super Bowl run this season, general manager Eric DeCosta is already laying the groundwork for the future.

DeCosta made a couple of moves in the past couple of days that positioned the Ravens to make a splash in the 2022 NFL Draft.

The Ravens took a shot at a falling prospect in the 2021 draft (Shaun Wade) hoping that he could rekindle the magic in the slot from 2019. It didn't work out. So they recoup their draft capital over a 2 year installment plan. That's cutting your losses.

The following day, DeCosta flipped that seventh-round pick from the Patriots and offensive lineman Greg Mancz to the Dolphins for Miami’s sixth-round pick.

So, the Ravens were able to add more draft equity for a couple of players that were not even going to make their final 53-man roster this season.

DeCosta walks a delicate balance of keeping his team competitive in the short term while laying the foundation for long-term success.

He admits there can be some uncertainty with the draft. But the more the picks, the better chance at success and uncovering a gem.

“I look at the draft in many ways – and I have to say, it’s a luck-driven process,” DeCosta said. “If you have more picks, you’re going to hit on more players, and that goes back to a philosophy that I think [Executive Vice President] Ozzie [Newsome] started back in 1996. We started really going after [complementary] picks and trading back as much as we could in any given round.

“We’ve had some success, we’ve also had some big misses. We’ve had a lot of picks, and I think that’s the No. 1 indicator to see teams who have success in the draft, is how many chances they have to draft good players. Then also having the development machine, having the coaching staff, the strength and conditioning people, the wellness people, getting these good, young players in here and giving them a chance to get better – and that’s what it’s all about.”

Baltimore already has 10 selections in next year’s draft:

First Round: One selection.

Second Round: One selection

Third Round: Two Selections. Includes a comp pick for David Culley, who was hired as the new coach of the Houston Texans.

Fifth Round: One Selection, via Orlando Brown Jr, trade to the Kansas City Chiefs.

Sixth Round: One (Mancz trade).

These picks will give DeCosta the flexibility to move up and down the draft. The Ravens will likely try to acquire more picks in the offseason.

This dynamic could also affect the Ravens in the short-term. They could still pull off a trade before the regular-season opener against the Raiders.

The bottom line is DeCosta likes to stockpile picks to keep his options open.

“The idea is to always have some surplus picks in your back pocket that you can use,” DeCosta said. “I think we see the opportunity over the next couple of years to probably draft somewhere around 20 players. We like that number. It keeps us young, but also experienced across the roster, and that should give us a chance to compete long-term.”