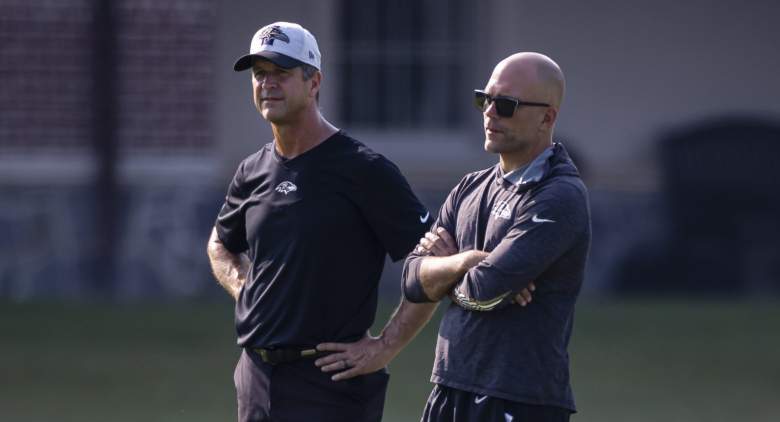 Roster Cutdown Day Across the NFL

Not too long ago a young athlete had a dream. He fell in love with a game – one that he was very good at. Coaches recognized the talent and worked to develop him. They helped to further enable the pursuit of that dream. They fueled the journey.

Success was found from one level to the next, but with each rung of that proverbial career ladder achievement became increasingly difficult. Then one day, amidst others just as talented – in some cases even more so, reality kicked in and the journey’s path wasn’t so clear. Perhaps even the journey’s end became the prevailing thought.

Today, at 4PM, many outstanding athletes across the NFL will reach a career crossroad. Odds are, for the first time in their respective lives their names might not appear on bulletin boards – proof of survival. THAT’S today’s cleat of reality for many who still cling to those dreams born on the ball fields of their hometowns.

John Harbaugh and Eric DeCosta have some difficult decisions to make. Together, along with their respective staffs, they will either be enablers of dreams or detour signs for the lives of many. And while today has a feeling of finality to it, some decisions made this afternoon will become springboards for a few. They’ll go to another team where there might be a better fit, new circumstances and a welcome mat for a fresh opportunity. Former Ravens James Harrison and Darren Waller immediately come to mind.

Also keep in mind that for some, landing on the Ravens 53-man squad doesn’t necessarily make one safe. Those down on the depth chart who perhaps temporarily landed on the right side of the bubble, still might not be around by the time September 13th arrives. Players discarded by other teams just might be a schematic fit for the Ravens and ultimately find the success in Baltimore that escaped them elsewhere. I could easily see DeCosta plucking a running back, swing tackle, inside linebacker or interior defensive lineman off the waiver wire or via trade.

You’ve seen plenty of roster predictions so I’m not here to provide another. I’ll just break down the number of players I project by position with a few comments on some things I think could happen over the next 48 hours or so.

Quarterback (2): No need to put Trace McSorley’s name on the roster board. He’s an average backup who should not occupy a space on the 53 given the talent at other positions.

Running Back (3): I see the Ravens adding a player here who has experience in an RPO-heavy offense. Despite Justice Hill’s special teams acumen, I don’t think he’s a lock just because of JK Dobbins’ injury.

Tight End (3): DeCosta will show some gamesmanship here, particularly with the Nick Boyle fill-in Eric Tomlinson. Eventually the three on the roster will be Mark Andrews, Boyle and Josh Oliver.

Wide Receiver (6): Miles Boykin gets a hall pass for his third-round pedigree but a wild card here is Binjimen Victor. I like his competitiveness and size and he has football instincts that escape Boykin. It would not shock me if he gets the sixth roster spot after the team designates Rashod Bateman for the injured list.

Offensive Line (9): I’m higher on Tyre Phillips than most IF he sticks to playing guard. His ceiling is vastly higher than Ben Bredeson’s who in my estimation could be in trouble. Patrick Mekari’s versatility might save him but the cynic in me thinks that while he has experience across the offensive front, he’s below average at all spots. If the Ravens land a decent swing tackle, I see Trystan Colon over Mekari in a mild upset. 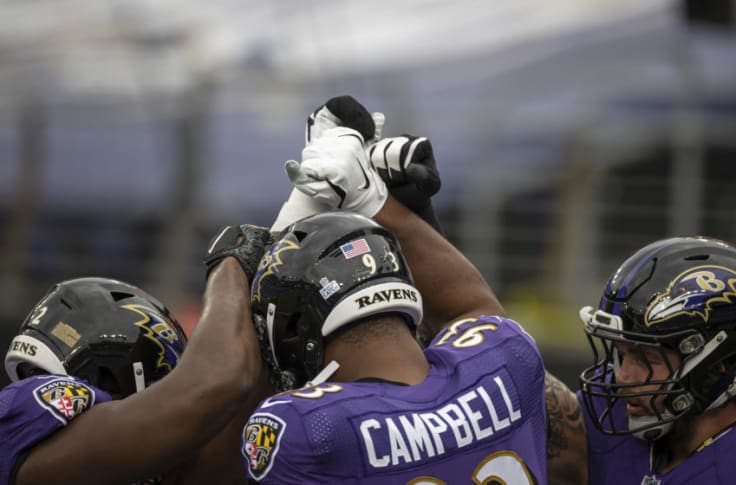 Defensive Line (6): Brandon Williams, Calais Campbell and Derek Wolfe are all a bit long in the tooth. They’ll need to properly distribute reps along the D-line to keep these vets relatively fresh when Thanksgiving draws near.

Edge (6): Jaylon Ferguson breathes a sigh of relief and I get this feeling that the Ravens will be glad they gave Ferg another chance. He will never be an 8+ sack guy, but he’ll be a solid rotational piece for Wink Martindale. Chris Smith has done nothing to get the boot but he will nonetheless. The writing was on the wall the moment Justin Houston signed his name on a Ravens contract.

Inside Linebacker (3): Given the moving parts assembled by Wink and his ability to field defenses with non-traditional looks, I could see them keeping a better and more versatile athlete at another position over the very average Kristian Welch.

Corner (7): With the annual health concerns surrounding the capable but too often unavailable Jimmy Smith I would not be surprised to see the Ravens keep seven CB’s, including Chris Westry and Nigel Warrior.

Safety (4): The upset here is keeping Ar’Darius Washington over Anthony Levine, Sr. Maybe Co-Cap finds his way back on the squad after a few injury designations tomorrow. Washington just seems like an instinctive player who has a feel for the game that is difficult to teach. Geno Stone has cleared waivers before. Maybe he does so again and lands on the practice squad.