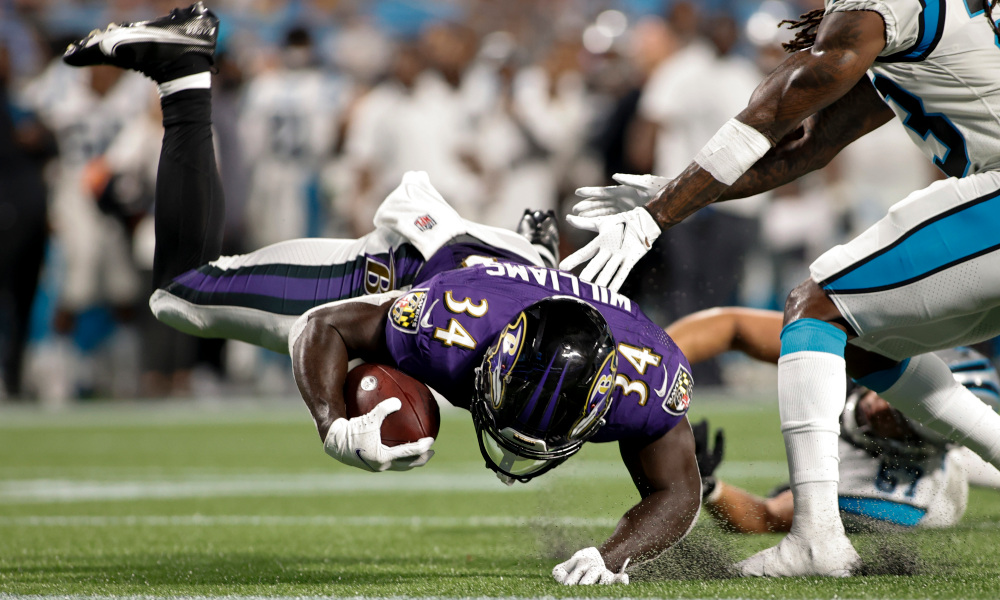 Ty’Son Williams was one of the biggest surprises to emerge for the Ravens in this year’s training camp.

The unheralded second-year player from BYU was able to get the brunt of carries when Justice Hill went out with an ankle injury and made the most of the opportunity.

With J.K. Dobbins now out with a season-ending knee injury, Williams made the final 53 roster and is poised to make an impact this season behind Gus Edwards and possibly ahead of Justice Hill on the depth chart.

“Ty’Son has had a great camp. He has done well,” Ravens coach John Harbaugh said.

In the first preseason game against the New Orleans Saints, Williams, 6-foot, 220 pounds, had 10 carries for 41 yards. He also caught all five targets for 23 yards.

In the second game against the Carolina Panthers, Williams had another 10 carries for 47 yards with a touchdown. He also caught both targets for 15 yards.

In the third preseason game against Washington, Williams had four carries for 42 yards.

Those performances caught the attention of coaches. The key now is for Williams to play well on special teams to add value to the roster and get on the field.

“I just want to see how he goes out, how he executes our game plan and the things we’re asking him to do,” special teams coach Chris Horton said. “Is he being physical? Is he running? That’s just a really big part of what we do. If you can do those things and you earn a spot on this team, well then you know what?

“We’ll find a role for you and we’ll make it work. Similar to what we’ve done with some other guys on our team, it’s not just him. There are a lot of guys who are working hard, executing and doing the things that we want to get done.”

Williams did not have gaudy stats during college.

In his sophomore campaign at South Carolina, he ranked second on the team with 95 carries and 471 rushing yards with a touchdown, adding 12 receptions for 32 yards and another score.

The following year, Williams appeared in eight games at South Carolina, finishing with 328 rushing yards on 70 attempts and tied for the team-high with four touchdowns. He added 9 catches for 152 yards

As a BYU grad transfer in 2019, Williams tallied 264 rushing yards and three touchdowns on 49 carries. He also added 7 receptions for 47 yards. 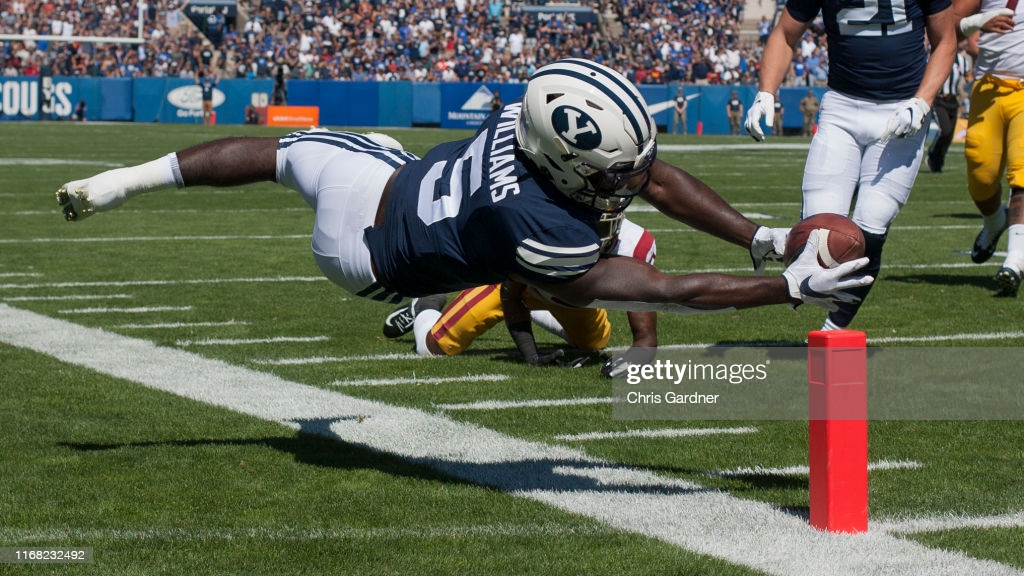 PROVO, UT – SEPTEMBER 14 : Ty’Son Williams #5 of the BYU Cougars dives trying to reach the end zone against the USC Trojans at LaVell Edwards Stadium on September 14, 2019 in Provo, Utah. Williams did not score on the play. (Photo by Chris Gardner/Getty Images)

He signed with the Ravens as a free agent in August 2020. Last season, Williams spent all but one game on the Ravens’ practice squad.

He has signed a Reserve/Future contract with Baltimore on Jan. 18, 2021.

The Ravens obviously saw his potential.

“Since we signed him last year, he’s been doing a great job in practice,” Edwards said. “Everybody gets to see how hard he runs now. He makes a lot of good decisions, and he’s going to do a lot of good things for us this year.”

Baltimore led the NFL in rushing yards over the past two seasons and had three running backs — Dobbins, Edwards and Hill — entrenched on the depth chart.

Ravens offensive coordinator Greg Roman confirmed that Edwards will be the starter. However, the team won’t stray too far from its philosophy of “running back by committee” to keep their players fresh and wear down opposing defenses.