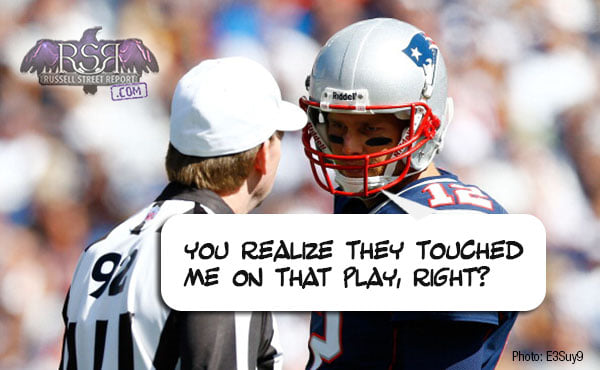 Those of us old enough to remember the NFL the way it used to be, prefer the game that wasn’t cloaked in ticky-tacky fouls that slow the pace of play and erodes at the enjoyment of the competition.

Physicality has been drained from the game as part of an effort to promote player safety. And somewhere behind closed doors at 345 Park Avenue in Manhattan, Roger Goodell and his merry band of meter maids ready to dish out fines, there’s a thinly veiled attempt to outwardly protect the game’s combatants yet they’ll push for 17 and 18 game seasons.

Be that as it may, the emphasis on safety and the accompanying laundry that litters the field for overly aggressive play according to today’s officials has changed the way players are evaluated. Would some of the game’s all-time greats be as special in the modern era? How might we view players like Dick Butkus, Lawrence Taylor or Ronnie Lott if they played today? Would contemporary rules take something away from their greatness? What about Ray Lewis?

Tom Brady discussed this very topic in the video below. Before you dive into the video, I have to say that as a Patriot, I thought Tom Brady was a petulant child. Admittedly my disdain for the Patriots organization only added to my Tawmy Boy angst, but as a member of the Buccaneers, I actually enjoy the new Brady. Listen to what he has to say about the modern game and Ray Lewis.

I wonder what may have been if former Ravens offensive coordinator Matt Cavanaugh had gotten his way during the 2000 NFL Draft and Ozzie Newsome did in fact turn in the card for Brady instead of Chris Redman.

Tom Brady: “When I used to play against Ray Lewis, I wouldn’t throw the ball to the middle of the field, because he would go after you and he would hit [receivers] and knock them out of the game.”