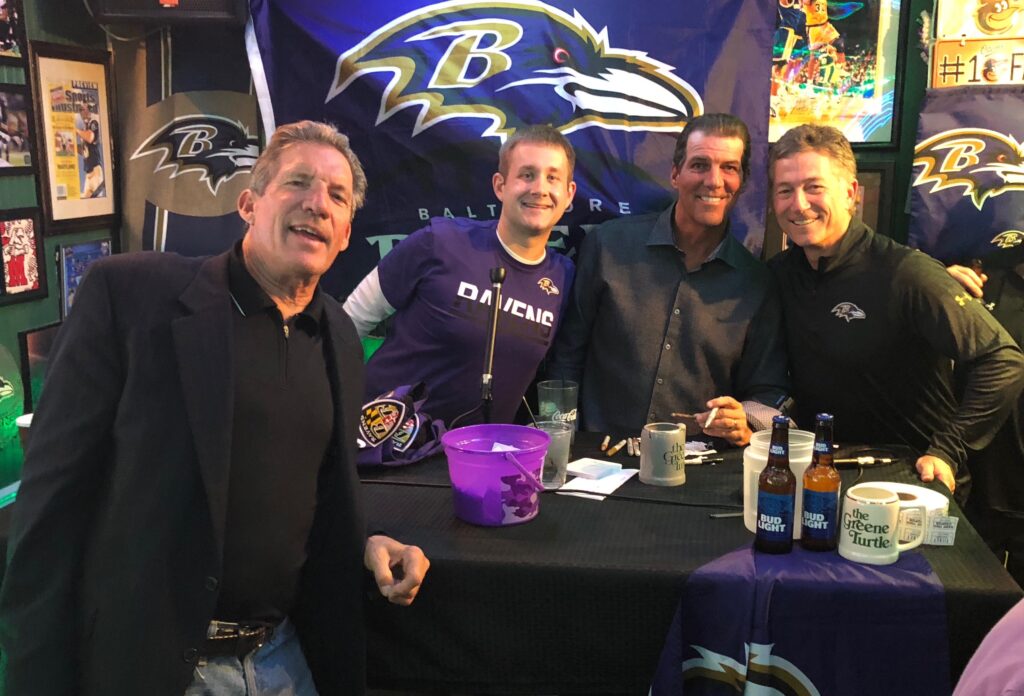 Labor Day marks the unofficial end of summer and as we close the book on another chapter of our lives which I hope was filled with memories that will last a lifetime for all of you, another “book” has come to a close, perhaps permanently.

Since 2001, The Original Greene Turtle in Ocean City, Maryland has hosted the Ravens Rap. The show started with former Baltimore Colts Tom Matte and Bruce Laird as hosts and since has taken on a variety of lineup changes. I’ve been part of the show since 2005 and along the way made some great memories and met many wonderful people, particularly the gems who comprise Ravens Roost 44.

But as with all good things, the Ravens Rap has come to pass and as it does, I’d like to thank a few people who made it and my involvement happen. Thanks to John Gehrig who once hosted the show and invited me to join. To Bruce Laird – I kid you not you were one of my favorite Colts and now it’s an honor to call you a friend. To Mike Bradley, aka Popovic – your friendship is treasured and your professionalism inspiring.

To Eileen Taglienti and Dawn Hodge, thanks for keeping the wheels on the bus at all times. Your efforts allowed the rest of us to sit inside “the cart” and enjoy the ride. More thanks to the sponsors, such as Toyota, OC Golf, Comfort Inn, JC Tickets and others who made the show possible; to Steve Bisciotti whose visits to the show were unforgettable; and to Bobby Vermillion and Ken Davis who made the TV broadcasts possible.

But most of all, I’d like to thank Steve Pappas, aka “Pappo”, the owner of The Original Greene Turtle. Your commitment to the Ravens Rap was selfless. You were proud of the program and in part that kept the show going despite its financial drain, because that’s how you are wired. Your kind heart is transparent even if your boisterous personality tries to disguise it.

I will always look back kindly on those 15 seasons – I can hardly believe it has been that long. My life has been enriched by all who were part of the show. A very sincere thanks to everyone connected to it.

Here’s to the future… 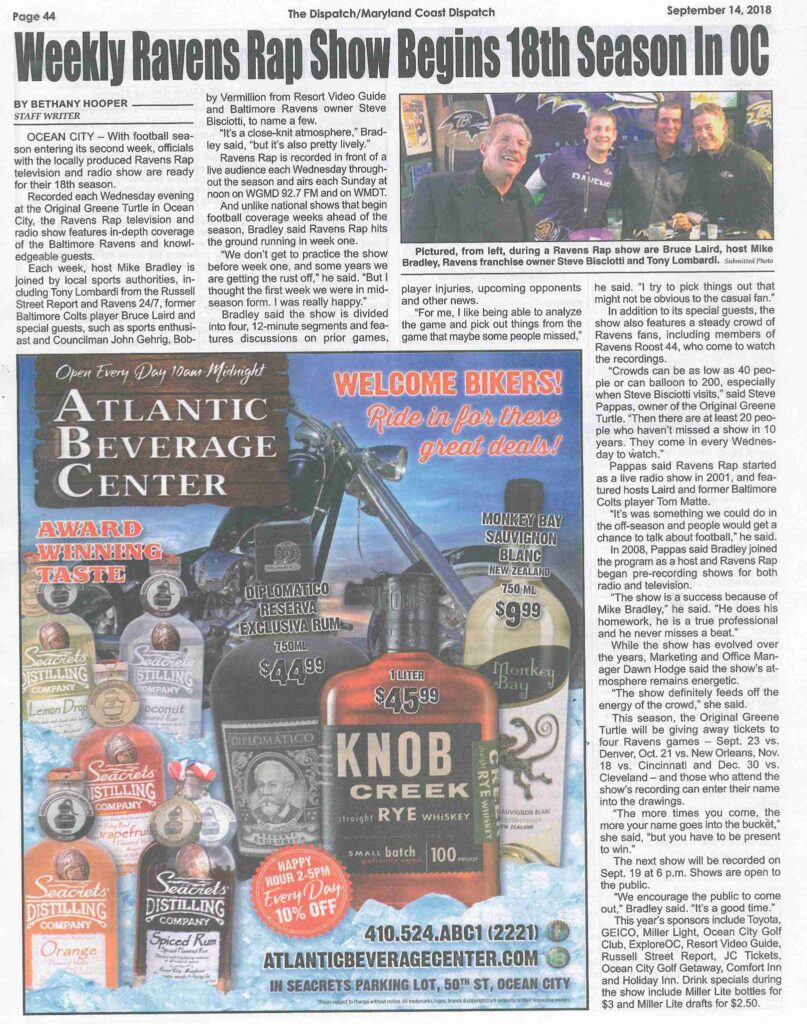