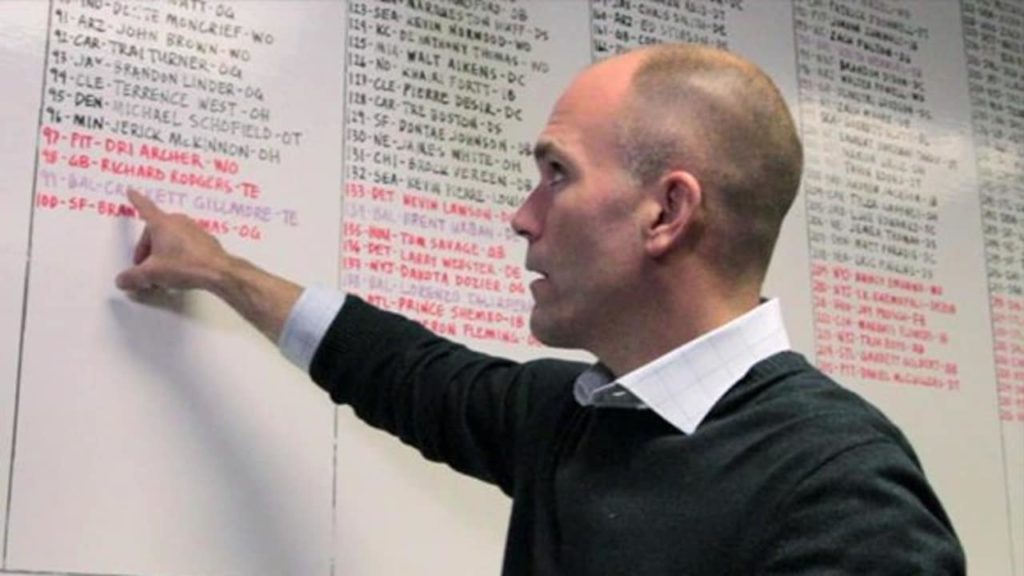 Ravens general manager Eric DeCosta has managed to find a delicate balance between keeping the team’s core playmakers on the roster while finding young playmakers through the draft.

This strategy helps ensure the team stays competitive in the short term while building a foundation for future success.

The Ravens have created a winning culture that is conducive to retaining their top players and attracting high-profile free agents, such as outside linebacker Justin Houston.

The next challenge is reaching a new contract with quarterback Lamar Jackson, which could cost the team in excess of $40 million per season.

“I think we see the opportunity over the next couple of years to probably draft somewhere around 20 players,” DeCosta said. “We like that number. It keeps us young, but also experienced across the roster, and that should give us a chance to compete long-term.”

The Ravens have some big decisions to make in the offseason with close to 20 players eligible for free agency in 2022.

The Ravens will likely part with the aging veterans, secure new deals for a few younger players and then fill in the gaps with the players they drafted or signed as free-agent rookies.

Jackson’s new contract will admittedly change the way DeCosta is able to do business.

However, the team has put itself in a good position with the recent deals.

“It will change the way that we do contracts, potentially,” DeCosta said earlier this offseason. “We will have to be probably a little bit more careful about which players we sign and which players we don’t sign. We may lose some good, young players.

“That’s unfortunately just the salary cap age that we’re in, and it happens to every single team. So, we’ll be aggressive, if possible. I think the draft will continue and will always remain the lifeblood of this organization when it comes to building this team and building the roster, and draft picks will be more important than ever.”

The good news is Jackson has stated his preference to remain in Baltimore. So, the two sides could eventually find common ground.

The market has been set with new deals to Josh Allen, Dak Prescott, Deshaun Watson and Patrick Mahomes.

“I love Baltimore,” Jackson said. “I love the whole organization. I love everybody in the building. But hopefully, we’ll be making something happen pretty soon or whenever.”

Maybe that loyalty will save the Ravens a few (million) bucks.