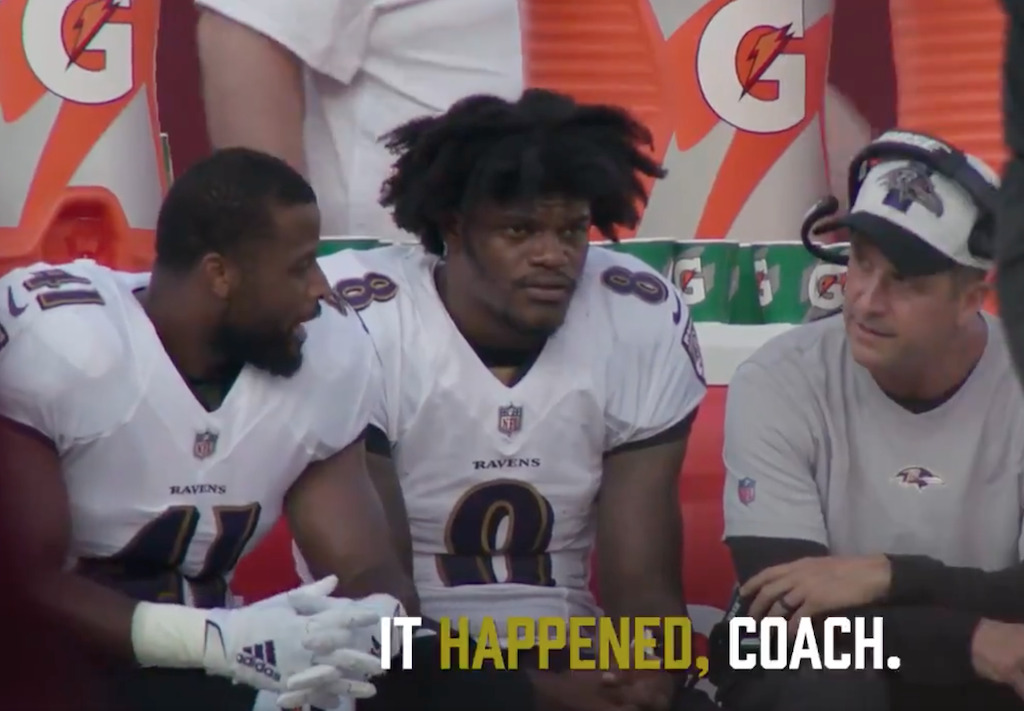 When JK Dobbins went down with a knee injury during the Ravens final preseason game, I hoped for the best but tried to prepare for the worst. The body language along the Ravens sideline, John Harbaugh included, suggested that the injury was serious. The look of despair on Dobbins’ face told the same story.

As the first half played out, little was said about Dobbins’ injury. When the team came out for the second half, there appeared to be a bounce in the collective step of the team. Could it be that they received good news on JK and perhaps the injury wasn’t as serious as initially believed?

The Ravens played the second half with far more energy. I reasoned that the Ravens RB1 would miss a few weeks but be back out there to compete once again by the time October rolled around.

Soon after the game my optimism was shattered as word trickled in about the injury. Surrealism gripped me. The Ravens had lost JK for the entire season to the dreaded torn ACL.

Up close I saw the results of hours upon hours of offseason work, manifested in the physique of JK Dobbins. I watched him invest the sweat equity. I observed his reps as a pass catcher along with his rare combination of speed, power and change of direction skills. In a flash, the promise of an outstanding season was snatched away, taken like the work of a thief at night.

We all felt violated. We all wondered why John Harbaugh would risk his starters in a meaningless game. In hindsight it was an extremely bad decision, one that even John questioned as evidenced by the video below.

“To have a great comeback, you gotta have a setback.”

The support from John’s players is telling. He’s so in synch with his team that they feel John’s heartbreak for Dobbins. The students would become the teachers. It’s a testament to the culture that the Ravens organization has carefully crafted and in the driver’s seat of that culture sits John Harbaugh.

Say what you will about Harbaugh; criticize him for his shortcomings as an X’s and O’s coach. But make no mistake about it, his value to the organization is greater than a contributor to the playbook; it’s more important than saving 7 seconds on the game clock; more paramount than his stranglehold on injury reports.

Harbaugh is the maestro who gallantly influences the vibe at Ravens headquarters and that in large part is why players like Justin Houston accept significantly less money to dress in Ravens colors on Sundays. It’s why a player like Le’Veon Bell accepts a spot on the team’s practice squad.

In this video below, Ravens defensive line coach Anthony Weaver discusses what it’s like to play in Baltimore – to Play Like a Raven.

“They take care of their people.”@JHouston50 talking about the Ravens organization ????

[The Bell Tolls in Baltimore]

My nephew Mike Caddick recently applied via video (by request) to become McCormick Spice’s Director of Taco Relations. That might be the coolest job title I’ve ever heard! Be that as it may, Mike submitted this video to McCormick to earn the job. I thought the video was so creative that RSR should employ Mike’s skills to do a trash-talking video before each Ravens game. We’re calling it the Russell Street Rap. Here is Mike’s debut effort.