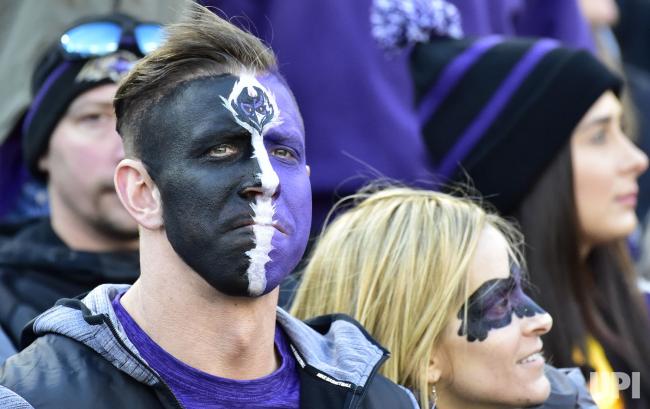 When the Ravens lose a game? It hurts.

When the Ravens lose a game they should’ve won? It hurts worse.

But the Ravens lose a game that they should’ve won, and you can’t point to a singular facet of the game that caused them to lose, because every unit contributed in their own way?

Let’s roll through the Five Stages of Grief for the first time this season (and inevitably, not the last) to try and get ourselves in a better headspace before the Chiefs and Benedict Brown Jr. come to town. After all, the last thing we need during a big game against Kansas City is a frowning flock full of forlorn folks filling the folding seats at The Bank.

*chef’s kiss to my own alliteration*

There’s absolutely no way the Ravens lost that game against an inferior opponent in the Raiders… and Maxx Crosby? Of all names, why does another guy named Maxx with two x’s have to haunt Ravens fans??

I absolutely refuse to accept that an offensive line that has an improvement at Center and Right Guard – with Ronnie Stanley returning – can be that bad!! There’s absolutely no way… this line is entirely too talented for that type of play… there’s just no way that they should ever play like that on any given Sunday (or Monday), especially against a team with Yannick – the same guy who couldn’t do a damn thing in Baltimore last season – joining a bottom-5 pass rush team from just a year ago!

And the same notion goes for the defensive line: there’s no way a front seven with that much talent can’t win a single one-on-one pass rush all game long against a practice squad-caliber offensive line!

… and the inevitable is that this team deserved that loss because they absolutely played like trash, from the coaching to the play on the field to the preparation… you had a full month to prepare and that was what you dialed up??

Blame injuries if you want, but I watched Greg Roman essentially bench Ty’Son Williams in the second half after averaging over six yards per clip with a touchdown scamper in the first half of a game… all to just hand a few to Latavius Murray then dial up deep balls???

It’s almost like he’s pulling a Marc Trestman with the ‘they think that we think that they think we’ll zig so we’ll zag!’ and totally got away from the only effective facet of this offense!!

And the defense… I’m sorry but if you keep changing the personnel and the pass rush still doesn’t exist on a four man rush? It’s not the players. It’s the coaching. The same coaching that went cover zero several times on crucial third down plays and got beat like a drum. They made Derek Carr look like Patrick Mahomes and what do you think they’ll make Mahomes look like?

A football demi-God. That’s what.

It’s just frustrating to think about…

…because that Raiders game goes the other way, without a doubt, if the Ravens weren’t playing with a hand behind their backs due to injuries. If they had Nick Boyle and Gus Edwards healthy? The pass pro looks much better and the Ravens stick to the run much more than they did. If JK Dobbins was healthy? He goes over 100 in the first half easily.

For that matter, if Orlando Brown Jr. didn’t demand a trade and decided it was more important to him to be part of his father’s franchise as opposed to playing Left Tackle over Right Tackle, this O-Line looks fierce and that loss never happens.

The Ravens were dealt a bad hand, and if that doesn’t happen, this game… this season… it looks totally different…

…except it won’t be different. What we saw on Monday night will be the norm for the Ravens in 2021. They lost the battle in the trenches on both sides of the ball… they lost the turnover battle… and when you lose both of those battles? You lose the war.

Barring a football miracle or major changes, we simply need to expect this as the status quo for this season: losing games to good teams, and maybe eking out wins against worse teams. Perhaps we should already be paying more attention to the 2022 NFL Draft and figuring out how the Ravens can turn a potential top-10 pick into a stud Right Tackle, or looking around the college and pro ranks for a new set of coordinators in Baltimore if what we witnessed on Monday is the outcome if they keep status quo.

…this is just Week 1. It’s just one game, and there’s sixteen more to go before the season is over. The Ravens had to go into a new stadium with raucous fans for the first time in what feels like eons, and take their rag-tag group of misfits into battle with some studs, and a total lack of playing time together prior to Monday night.

The lines will get used to playing alongside their teammates as more time passes, and the Ravens backfield will work itself out. And of course, in due time, the Ravens will get back Jimmy Smith, Nick Boyle and Rashod Bateman to help their respective units.

That game hurt, but it’s on to the Chiefs and clamping down on that underdog mentality we’ve come to know and love in Baltimore!