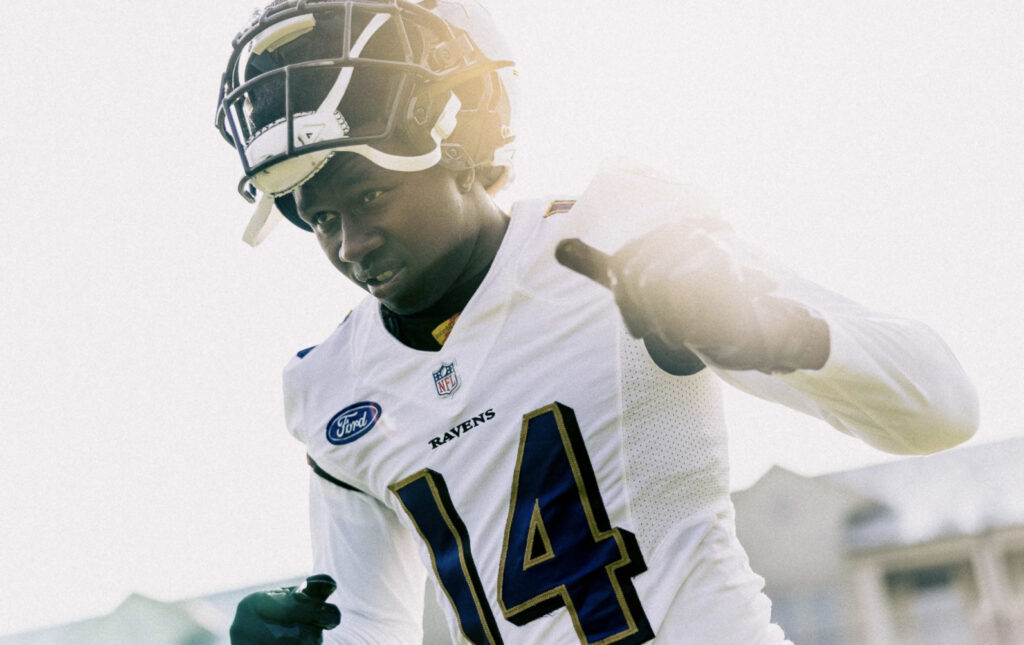 I am back.. WE are back! Hide ya wife. Hide ya kids. Especially, hide ya league mates because… IT IS TIME! Time to unleash hell in our leagues! Time to rain fire on our league mates! Ah, nothing is quite as satisfying as watching your best friend quiver in fear as they check their schedule and realize that they are your next victim. Fantasy football is back baby!

I hope y’all had a great Week 1. I know I did (4 for 4!). If you didn’t, I’m sorry I wasn’t here to help you Week 1. Never fear, Brad is here to help lead us all to fantasy domination. What a week it was. From Tom Brady showing us his abilities age like fine wine and Dak’s miraculous recovery on Thursday night, to the roller coaster of excitement and anguish in the heartbreaking defeat on Monday night (don’t overreact, its only Week 1). Man it is great to have football back.

Y’all know the drill from last season. For those of you new to the article this year, welcome to the squad. We’re bout to FEAST this year. Now, let’s get into it!

REVENGE GAME INCOMING!! After a week where Watkins compiled his most receiving yards in a single game since Week 1 of the 2019 season with the Chiefs, he will be hyped up and primed to remind Kansas City exactly what they gave up on. While Tyrann Mathieu will be back from the Covid list, I don’t expect this to effect Watkins too much. With Hollywood coming off of a season debut with a 100% catch rate for 69 yards (niceee) and a TD, Andy Reid is likely going to pay special attention to Hollywood’s speed and athleticism (insert Mathieu).

With the extra attention from Chiefs stud SS Mathieu focused primarily on Hollywood, this should open things up for Watkins, leading to more targets and hopefully more YAC. In what is bound to be a game where the Ravens are playing catch up, expect Watkins to be heavily involved from the start.

Bank on him in as the Ravens WR1 this week.

This is obviously a chalk pick (but who isn’t on the Chiefs?) We all witnessed what Darren Waller did on Monday night. 19 targets resulting in 10 receptions for 105 yards and a TD. Tight ends are just a mismatch for a defense that is missing its #2 CB in Marcus Peters and LB L.J Fort. While Tyreek Hill will demand the attention of at least two DBs, that’s going to leave Kelce with 1-on-1 coverage more often than anyone is comfortable with. Not one defender on the Ravens is big or strong enough to cover Kelce and I wouldn’t be surprised to see him lead the Chiefs in targets.

Kelce is going to be a problem this week. Lots of catches. Lots of yards. And at least one TD.

Murray was just as exciting on Monday night as everyone in Baltimore was when we signed him. That is to say, not very exciting. Murray is coming off of a career season, but he isn’t exactly a spring chicken anymore and it showed against the Raiders when he averaged 2.8 yards per carry on 10 carries. Luckily he was able to save his fantasy day with a TD. I will give it to him that our offensive line played like booty hole, but that didn’t stop UDFA Ty’son Williams from rushing for 7.2 YPC on nine carries. Maybe it was a fluke game for him. After all, he is joining a new offense.

Regardless, this game script will not favor Murray’s abilities. He isn’t known to be a pass catcher and excels as a power back. In what will likely end up being a shootout with the Ravens needing to go pass heavy, Williams will be the RB most involved with Murray likely coming in for occasional runs but mostly for pass blocking. He won’t get a lot of opportunities and he won’t have a good time running into the beefy palms of Chris Jones and Frank Clark.

CEH has been somewhat disappointing after being drafted. While he offers upside in the pass catching department, he lacks the ability to power run between the tackles and is very inefficient on the goal line. Going against the dominant run stuffing DL of the Ravens will not bode well for CEH. If he is going to get you points, it will be primarily from receptions. But why target him all that often when you have Hill and Kelce (who combined for 273 yards and three TD last week) slicing up an injury riddled defense?

Streamin’ around the league

Cousins just carved up the Bengals defense to the tune of 351 yards and 2 TD and 0 INT, completing 73% of his passes. This week he gets to play the Cardinals. While their pass rushers are dominant with J.J. Watt and Chandler Jones, who’s coming off of a five-sack performance, the Cardinals have a secondary that is not tough to expose. The Vikings will be playing catch up in this one so Cousins will be throwing often to his star WRs Justin Jefferson and Adam Thielen while dumping it off to elite RB Dalvin Cook. As long as Watt or Jones doesn’t break him in half, he will have a fine fantasy day.

Melvin Gordon may have had the fantasy glory last week, but Williams is the guy to play. Williams got more carries than Gordon and if you watched the game, Gordon looked old and tired. He barely made it to the end zone on his break away run. The Broncos should be able to get a solid lead against rookie Trevor Lawrence and his porous defense. Expect the Broncos to run the clock down in the second half, giving their rookie RB plenty of opportunity to showcase his abilities.

Cole Beasley is coming off of a Week 1 performance where he saw 13 targets. The Bills offense may not have looked as prolific as we remembered from last season, but they were duking it out with a stingy Steelers defense. The Dolphins have a solid secondary between Xavien Howard, Byron Jones and Jason McCourty, but Beasley can should still have a fantasy relevant day if Allen hyper targets him again. Which is likely, considering not only is Beasley one of Allen’s favorite targets, but Gabriel Davis may not suit up due to an ankle injury.

Everett may have only received two targets in his Seahawks debut, but he looked solid. Everett is a freakish athlete who tested highly when he was drafted and he now has the opportunity to show it off under the leadership of Russell Wilson. The Titans defense is nothing to be scared of and the Titans will likely have a bounce back performance after their struggles last week by capitalizing on a sub-par Seahawks defense. The Seahawks have a 30-point implied total so there is opportunity here. You may be relying on him to score another TD, but it’s possible he is relied on a bit more heavily too considering the Seahawks just lost WRs Eskridge and Hart to concussions.