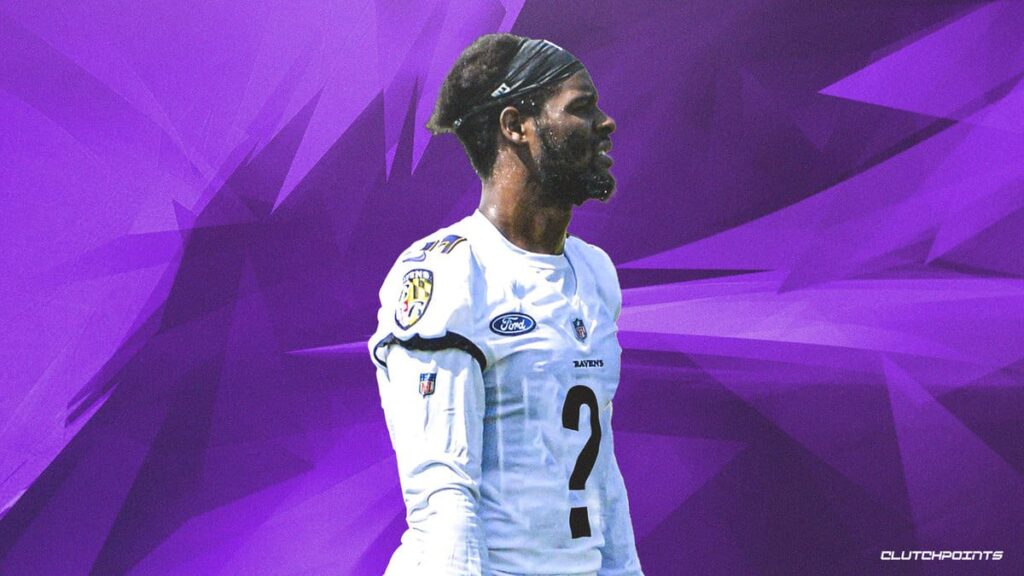 Will Bell Ever Rise From The Practice Squad?

Now there’s a name I bet that you’ve heard a few times over the past 48 hours or so. The win in Detroit is a game that we may never forget because of Tuck’s record setting performance. That feat will stand the test of time and the Hall of Fame has taken notice. They’ve reached out to the Ravens Sr. VP of Communications, Chad Steele, to see if the HOF can claim Justin’s spikes, jersey, etc. In his interview with Dan Patrick (see below), Tuck explains what he’s willing to give up to the sacred halls in Canton, Ohio.

Besides the Canton keepsakes banter, Tuck’s chat with Patrick touches on a few things and it’s a worthy 9+ minute listen. Among the topics:

• “We have a chance to make history.”
• 12 o’clock laces courtesy of Nick Moore.
• Where is the record-setting football?
• “When the ball left my foot it was like the whole city went along for the ride.”

I remember watching the duel between Billy Cundiff and Justin Tucker during the summer of 2012. Tuck was an undrafted free agent out of the University of Texas, fighting to wrestle Cundiff’s job away. In August of 2012, The Sun’s Kevin Cowherd thought that the Ravens should stick with the incumbent (this image was recently posted on RSR’s forums). 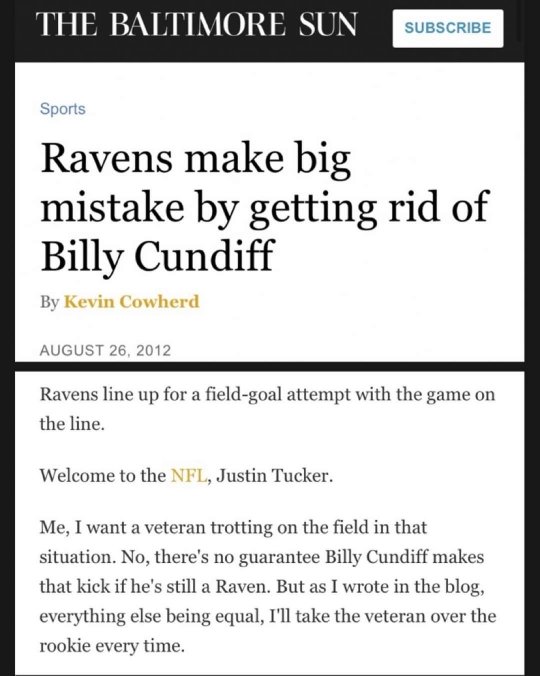 Image Courtesy of The Baltimore Sun via 757RavensFan

I had a completely different take on the battle between Billy and Justin. You can read the entire argument “for” Tuck, posted a couple of weeks before Cowherd’s piece, but the crux of the argument was this:

Sure, going with a rookie kicker isn’t ideal. There is a certain level of risk associated with that.

But judging from Cundiff’s track, record rolling the dice with him in 2012 could be a bigger risk. If he misses a very makeable kick in front of the hometown fans, the sellout crowds of M&T will unleash hell and it could ruin Cundiff. He’s been out of football for a while before. It could happen again.

At the end of the day going with the rookie Tucker is only a risk if you part ways with a good kicker. Cundiff really isn’t one and parting ways with him saves the team $2.2M in cap space – space that could be used for a veteran running back or tight end via free agency or trade.

Things would be different if the Ravens had a 32 year old Matt Stover on their roster. But they don’t.

And they could be giving one away if they don’t keep Tucker. 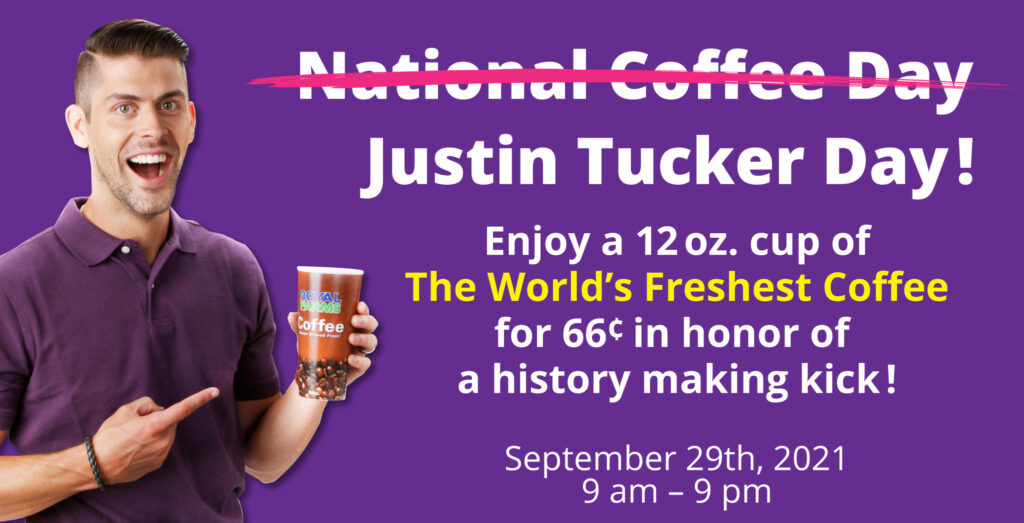 Full disclosure, I’ve never been a fan of Mike Florio or Pro Football Talk. When they first arrived on the scene PFT came off as the NFL’s answer to a supermarket gossip tabloid. They would post just about any rumor, substantiated or not and present it as factual.

I do give them credit for attracting a wide following and also capturing the attention of NFL general managers. Initially, the GM’s were amused by PFT the way a lonely housewife might chuckle at the Enquirer. And somewhere along the way, Florio connected with a few GM’s and eventually produced some decent inside scoops.

Several years ago while a Director of Player Personnel with the Ravens, Eric DeCosta introduced me to Florio. His in-person persona was exactly that which you see today on his podcasts and on NBC. He wears his smugness like a see through dress (to borrow from U2).

Recently Florio, along with Mike Golic, discussed the Ravens win over the Lions. It’s pretty obvious that Golic was ill-prepared while Florio, not surprisingly, allowed Golic to drown in the waters of a very bad take while nodding disgracefully…

I’m embarrassed FOR Golic, and even MORE upset that Florio didn’t step in and correct him!! ????????‍♂️ pic.twitter.com/eKgdFqHNt9

Let’s make one thing perfectly clear! While Lamar’s stats were not earth shattering v. Lions, we all know they could have been. One could make the argument that as a thrower of the football, Sunday’s affair at Ford Field was one of Lamar’s best games. Sorry Golic!

Here are a few clips that speak to the development of Lamar as a passer and should that continue, coupled with his skills as a runner, watch out NFL, haters be damned.

The first clip is from NFL Network’s Good Morning Football where they pay homage to the play that set up Tucker’s record-setting kick.

What stood out most in the @Ravens week 3 win?@KyleBrandt — It’s not about the field goal… It’s about the 4th and 19″ pic.twitter.com/8j3qmooRcJ

The next clip is courtesy of Mark Waldman, a Sr. Staff Writer from Footballguys.com. Waldman admires Lamar’s poise in the pocket and the strength of this particular throw, given his inability to step into it due to pressure coming from his blind side. Waldman also champions the notion of using Devin Duvernay more. I concur — on both!

Lamar Jackson’s throw is nice but considering Villanueva gets pushed into his lap and nearly stepped on, the poise and focus is terrific. #RavensFlock pic.twitter.com/5QQIeVNnZ7

Mark Schofield from @TheNFLWire dove a little deeper into Lamar’s throws, breaking down three plays, all of which show development in Lamar and the team’s passing game.

Three throws from Lamar in a wild win over Detroit

*The TD to Duvernay
*Pocket movement on the deep crosser
*The 4th and 19 conversion pic.twitter.com/yYrE5NMXNx

Not bad for a running back…

Will The Bell Ever Toll?

First, I would think that before Bell signed with the Ravens, there was probably some understanding between the player and the team on how and when Bell would be elevated to the 53. A player of Bell’s stature is worthy of such a defined set of expectations once certain conditions are met.

That said, assuming such conditions don’t exist and he flounders on the team’s practice squad, what recourse does Bell have if he isn’t picked up by another team and placed on their 53? For such questions, there’s always RSR’s Brian McFarland who shared this with me:

“That’s an interesting question. Bell is under contract which allows him to sign with another team’s 53. But it’s unlikely that he can just void it and walk away. He certainly can’t go and sign on to another team’s practice squad. That said, I don’t see the Ravens not agreeing to “go separate ways” if Bell expresses a desire to leave.”

Count me among you who think that Bell should get a shot. It’s not like Latavius Murray, Ty’Son Williams or Devonta Freeman are setting the world on fire. None of them seems to be very efficient in pass pro and none are as accomplished as pass catchers like Bell. It’s time to, as they say, “fish or cut bait”, particularly given the signing of Nate McCrary to the practice squad.

The question is, will they?

A Star is Born

I’ve been championing the idea of having a young elementary school student who may aspire to be a sports journalist or broadcaster, give their best effort while recapping a Ravens game in 1 minute or less. The brave Henry Knight stepped up this week with this great effort.

Awesome job Henry, who by the way couples as the CEO of HLK Custom. If anyone has a young family member who is passionate about the Ravens and seeks to express their thoughts on our platforms, hit me up at TL@russellstreetreport.com. 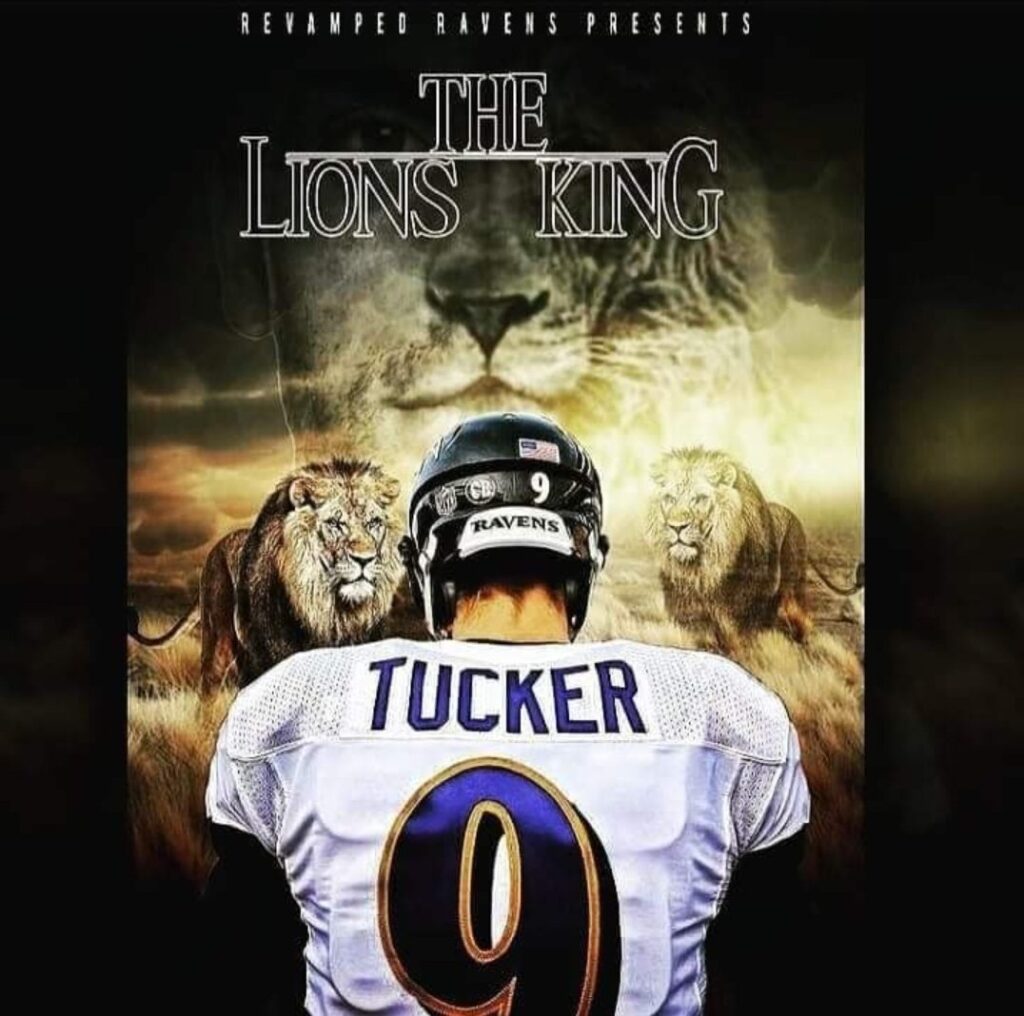