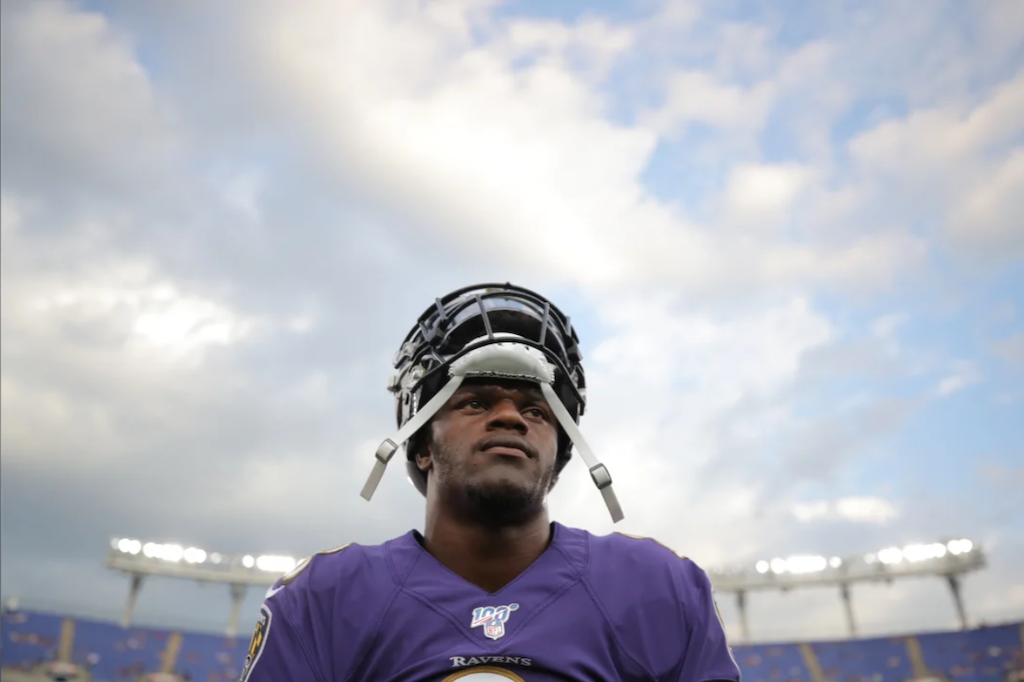 One of the most consistent knocks on Lamar Jackson early in his career has not been his ability to win, but his ability to do so in different ways. For the last few years, Baltimore has been dominant in the run game, no doubt due Jackson’s ability to both run himself and open up lanes for others with his mere presence on the field. That said, there has been the lingering doubt that the Ravens can win games in which they can’t run the ball. They haven’t had to answer that question often, but when they’ve struggled to ground-and-pound teams in years past, they haven’t been as successful.

Jackson’s Week 2 win against the Kansas City Chiefs was a decent example of his ability to win through the air, but it’s also true that the team rushed for over 250 yards. When the Ravens quarterback truly took over the game, it was in large part because they ran the ball down the KC defense’s throat.

Sunday’s 23-7 win in Denver was an entirely different story, and that’s why I believe it is the best proof to date that Jackson and the Ravens are able to win even when made one-dimensional.

All the talk early this week has been about Baltimore’s decision to extend their streak of games rushing over 100 yards. That record is insane in its own right, so I firmly stand behind Harbaugh’s call to push for it. But let’s take a second to think about how difficult it was for the Ravens to tie Pittsburgh’s record: the Broncos stuffed the run all afternoon, and it’s the first time we can say that this offense were unable to move the ball on the ground in years.

In years past, that would have been a recipe for disaster – but not this time.

Instead, the offense was able to pivot, with Jackson going 22-for-37 for 317 yards and a beautiful TD pass to Hollywood Brown (and another to Mark Andrews called back on a penalty). For the first time this season, Jackson played a clean, turnover-free game, and he was efficient in doing so.

Additionally, while Denver may have been a fraudulent 3-0 team heading into Week 4, their defense is no joke. The unit was without a few key players such as Bradley Chubb, but Jackson was hurried and hit often. What’s more, the Broncos secondary is a formidable group, headed by CBs Pat Surtain II and Kyle Fuller, and rounded-out by stud safety Justin Simmons.

Jackson was still able to pick that group apart without a consistent rushing attack, finding receivers when they were open and fitting the ball into them when they were not. For just the second time in his young career, Baltimore’s signal caller topped 300 yards passing. I’ve already highlighted the fact that Jackson has been spinning it well all season, but not yet without a dominant run game, and that’s what makes this performance so noteworthy.

To say that Lamar Jackson is a more-than capable thrower of the football is nothing new, especially on this website, but it’s been rare that Baltimore wins a game without their usual ground attack. Jackson didn’t blink on Sunday, and while it wasn’t his flashiest game, it’s the most confident I’ve been in Baltimore’s chances at winning pure shootouts since he took over.

No game has been a stronger indication that they can do it than the Week 4 win at Mile High.