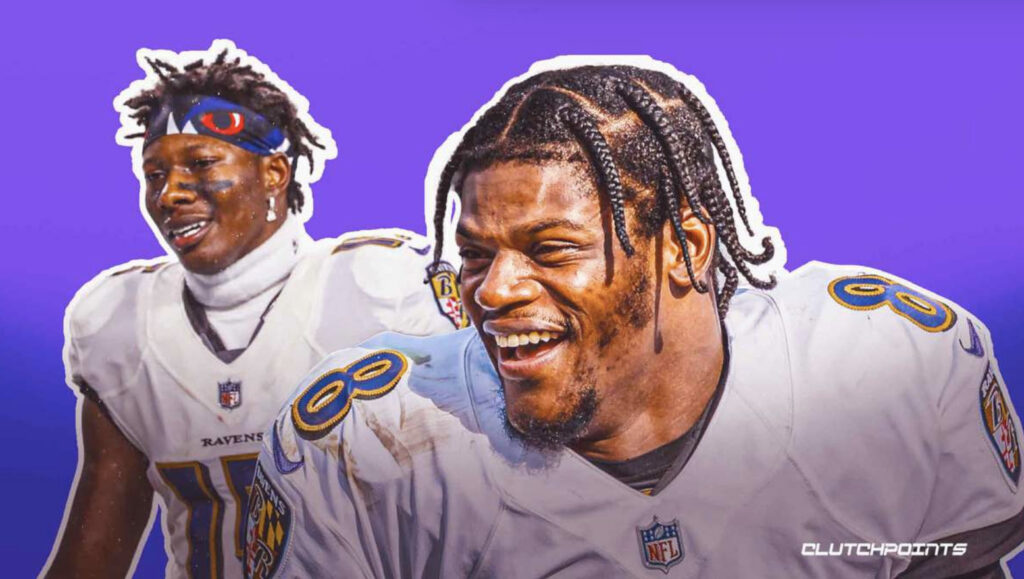 The Ravens are a dangerous team with Lamar Jackson.

He’s throwing the ball more efficiently than ever and making teams pay for stacking the box to stop the run.

Opponents are starting to get confused about how to stop the Ravens.

If they shut down Baltimore’s high-powered running attack, Jackson can beat opponents by throwing over the top.

Coach John Harbaugh doesn’t like to get too philosophical when it comes to his offense.

The Ravens are simply going to take what their opponents give them.

So far, that has been a recipe for success. Baltimore is 4-1 and gets to play seven more games at home and also enjoy a bye in Week 8.

“Like I’ve said, it’s not a narrative that we’re thinking about,” Harbaugh said. “We’re trying to win the next game whatever way we can. We didn’t doubt that we could throw the ball. We didn’t doubt any of our guys’ ability to make plays in the passing game. We’re just trying to be as good as we can be from one week to the next. We have to get better next week; these guys know it. We have to keep improving.”

Jackson had the most dominant performance of his career in a 31-25 overtime victory over the Indianapolis Colts.

He threw for a career-high and single-game franchise record 442 yards, surpassing his previous mark of 324 against Miami in 2019. Jackson also passed for four touchdowns and didn’t have an interception, completing 86% of his passes (37 of 43).

He became the first player in NFL history to pass for 400 yards while also completing at least 85% of his passes, according to ESPN Stats & Information.

In short, he has further silenced his critics.

“I was just locked in. I was just calm,” Jackson said. “Everything was just moving slow, and I was just taking it a play at a time. That’s what it was.”

Ravens tight end Mark Andrews and wide receiver Marquise Brown have been the favorite targets and are also having the best seasons of their young careers.

Andrews set career highs in receptions (11) and receiving yards (147) in the victory over the Colts. He also tied a career-high with two touchdown catches and a pair of two-point conversion catches.

Brown had nine catches for 125 yards and two touchdowns against Indianapolis. His first score came on a 43-yard strike that gave the Ravens their first touchdown. His second touchdown was a game-winning five-yard reception in overtime.

“When you have guys that are all around you that are making big plays, it’s hard to stop that as a defense. So, I think just us being able to have playmakers all over the field, which we did, the receiving room – all those guys balled out. So, that makes my job easier too.”

The Ravens will continue to “ball out” Sunday against the Chargers, who are also 4-1 and coming off a spirited victory over the Browns.