Login
Menu
HomeLombardi's WayRun Game About to Boyle Over

Run Game About to Boyle Over

Ok, so before we review why the return of Nick Boyle is so important to the Ravens running game, let me take you through a few other Friday football thoughts.

Last night as I tried to watch the Thursday Night game featuring the Colts and the Jets, I couldn’t help but wonder if Joe Flacco, while standing on the Jets sideline in street clothes was wondering, “WTF am I doing here?” Really, why is Joe there?

The Jets traded for him two Mondays ago and he reports to the team four days later. (I know long trip up the NJ Turnpike, right?) With little time to practice Joe is inactive for his first game back on the Jets’ roster. Last night, inactive again. Mike White gets the start and Josh Johnson is elevated from the practice squad as the backup. Meanwhile, starter Zach Wilson is likely to be available for the Jets next game on November 14 against the Bills while White expects to be ok in 9 days following the forearm injury suffered last night.

Apparently Jets GM (and former Ravens scout) Joe Douglas doesn’t covet draft picks the way his mentors in Baltimore do. Essentially he gave away a 6th in 2022 to “better” a team that is now (2-6). Douglas better hope that Wilson, White and Johnson (not the law firm) stay healthy because if Joe is forced into action, the bad move only gets worse because it could cost the Jets a 5th-round pick due to the added playing time. 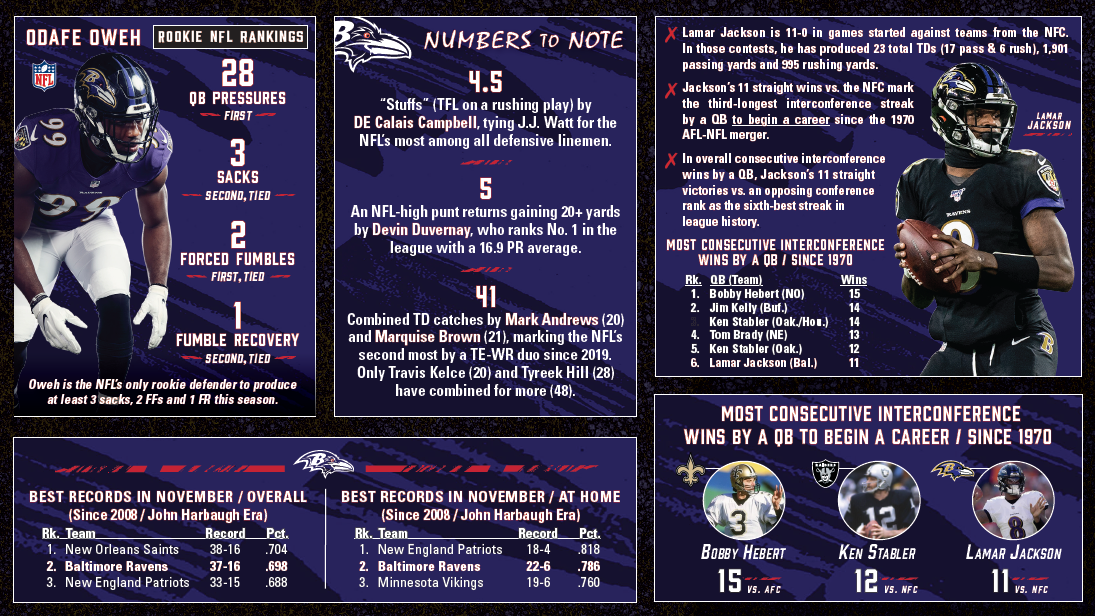 I’ve beaten this drum many times but it bears repeating. If you want to learn about another NFL team, don’t search on national publications. Find the local beat writers who cover their teams 24/7. With some exceptions the national guys just don’t get it right. Take the Ravens for example.

How many times do we need to hear that the Ravens are among the favorites to land wide receiver talent, like Allen Robinson and now Odell Beckham, Jr. It’s this simple. The Ravens have very limited cap resources AND…they don’t need a wide receiver. If there is an economical player out there who plays RB, CB, OL or ILB, maybe Eric DeCosta makes a move. But wide receiver? C’mon man!

But back to OBJ for a sec, the Browns unfortunately are better off without him and they’ll benefit from the tried and true Laws of Quadratic Reciprocity – addition by subtraction. 😉

After 4 consecutive home games (and 5 weeks in total at home), the Ravens will play 5 of their next seven on the road. It’s important for the team to take the next three winnable games (Vikings, Dolphins, Bears) to advance to (8-2) before hosting the Browns on November 28th under the bright lights of Sunday Night Football.

It will be a real challenge for the Ravens to sweep the Browns this season, again, due to schedule quirkiness. After the Browns leave town on the 28th, they’ll enjoy their bye week. Immediately after the bye the Browns host the Ravens. Two consecutive games against Lamar & Co. with essentially three weeks to prepare. That’s a decided advantage for Cleveland.

What happened in Las Vegas due to Henry Ruggs III’s recklessness was an absolute tragedy that cost the lives of  23-year-old Tina Tintor and her dog. Allegedly Ruggs was traveling at a speed of 156 mph, was twice the legal blood alcohol limit while in possession of a loaded handgun. He’s going to do time. Since the incident, I’ve seen accusations, using broad brushstrokes characterizing NFL players as irresponsible, overpaid thugs. If you subscribe to that way of thinking, you’re wrong.

Compared to the general population as a percentage, players in the league are more connected with their faith, have fewer arrests and give more to their communities by far. The reason many carry the erroneous perception is that the infractions made by NFL players are highly publicized. TMZ isn’t waiting outside of my door – probably not yours either. One misstep by a player becomes headline news and it leaves the impression that sinister behaviors are the norm instead of the extreme exception – which it is.

I’ve got to give the Steelers credit, they are finding ways to win. It isn’t pretty but they’re survivors. Mike Tomlin seems to do his best when the odds are stacked against Pittsburgh and the more ways they find to win, the more dangerous they become…Today marks 100 days until Super Bowl LVI (56) in Los Angeles. Wasn’t it just Labor Day?… @GMFB’s Kyle Brandt picks the Vikings to beat the Ravens this week. Not because he picked Minnesota, but if there’s a member of this breakfast club that I’d like to see change careers, it’s Brandt. #Annoying.

One of the most underrated players in the NFL is Ravens TE Nick Boyle. And while Greg Roman is likely to ease him back into action, Boyle’s return immediately gives the Ravens slumping running game a boost. Want proof? Take 2 minutes to watch this…

Looking forward to seeing this guy back out on the field in a #Ravens uniform. pic.twitter.com/F9P66AovOz