It’s been a long time coming (or so it seems) but the Ravens take the field at 1PM on Sunday in Chicago against the Bears hoping to remain atop the AFC North. Here are the RSR Staff Bold Predictions for the inter-conference showdown at Soldier Field.

There wasn’t much good that came from the Ravens embarrassing 22-10 loss to the Dolphins last Thursday night except for the embarrassment. In other words, given the Ravens collective character and their ability to respond to adversity, bathing in that South Florida cluster-performance for 10 days and the disgusting taste it left behind is likely to light a fire under the team. And if the past is any indication when their resolve has been tested, the Ravens will bounce back.

But it won’t be easy. With the Ravens, it seldom is…

My biggest fear is that the Ravens fail on first down again leaving them in too many second and third-and-long situations. If they fail on first down and Khalil Mack returns as expected, it could be a long day for the Ravens offense. The Bears are well-rested coming off their bye and they will look to avoid their fifth-consecutive loss.

• The Ravens will throw the ball on first-down 50% of the time to keep the playbook open on 2nd and 3rd down. The average yards per catch will drop but Lamar will complete 80% of his throws on first down.

• Mark Andrews reels in 10 grabs for 92 yards and a touchdown.

• Sammy Watkins rebounds from a disappointing game and has 5 catches for 80 yards and a score.

• The Ravens running backs will combine for 120 yards rushing and a plunge into pay dirt, courtesy of Latavius Murray.

• On defense the Ravens will confuse Bears QB Justin Fields. He will cough it up twice, once via INT (Tavon Young) and once after a strip sack (Odafe Oweh).

• David Montgomery will lead all rushers in the game with 80 yards, half of which will come on a scoring run from 40 yards out.

• Khalil Mack gets 2 ½ sacks in a losing effort, the 5th in a row for Chicago 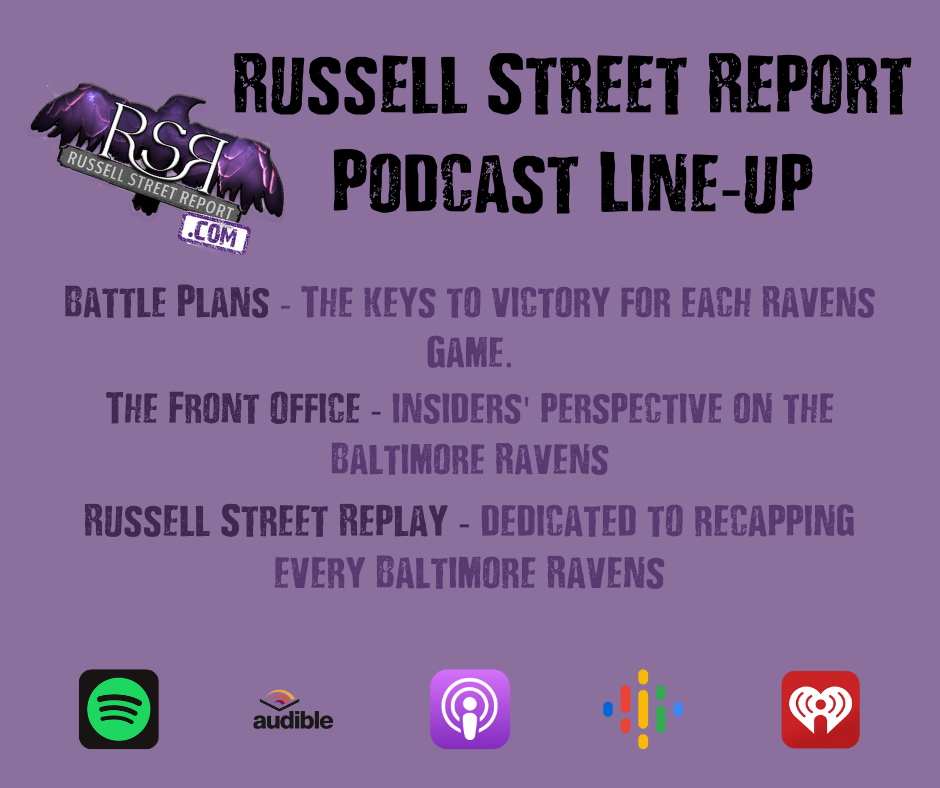 The Ravens need this win, but, of course, they needed last week’s, as well. We don’t have to get in to how that one turned out, do we?

Regardless, I’m closing my eyes and putting my faith in the hands of John Harbaugh and his staff doing a better job preparing the team than Matt Nagy and his staff. That seems to be a lopsided fight, in my eyes. So, let’s look at some predictions:

• Lamar Jackson is going to go off. The Bears have a reputation as a defensive squad, but they are only 22nd in DVOA on that side of the ball, 19th against the pass and 21st against the rush. Jackson will exploit both — throwing for more than 225 yards and breaking the century mark on the ground. Throw in three total touchdowns.

• Rashod Bateman grabs two touchdown passes, one of which is from more than 40 yards.

• The Ravens generate two interceptions and that fumble recovery.

In lieu of any bold stat or game flow predictions, here are some things I need to see to feel more confident that this team can make the changes required to be a true January contender.

This is kind of a must win game for the Ravens. It’s not that they can’t win the division and/or make the playoffs if they lose this game but this is your “easiest” game left on the schedule and adding another win is vital as they go into the tough part of their schedule.

The Bears are a below average run defense and above average pass defense. On offense, they have a good running game but the worst passing offense in the league, at least yardage wise. Justin Fields is getting more comfortable and he certainly poses a lot of issues with his legs and arm strength. Still, the Ravens practice against a run QB all the time, so you would like to think they are ready for it (same can be said about the Bears of course).

This game is similar to the Miami game. The Ravens only lose if they beat themselves. I think this is different as Lamar will be more rested and the team should be focused better this week.

The team received good news with Patrick Mekari returning to practice although my guess is they wait and play him next week. Still, it’s encouraging to see guys coming back. Latavius Murray and Nick Boyle should be back this week, so the running game should get a boost.

Lamar is undefeated vs the NFC, is 25-2 vs teams when he faces them the first time and he is 13-0 when he faces a team that has been on more rest than the Ravens have (Bears are coming off their bye). Obviously, all of that bodes well for the Ravens but it also doesn’t mean much in any given game.

On last check, the line was around 6.5. I think that is about right. I would take the Bears but think the Ravens win.

This is a must-win game for the Ravens as they head into a more difficult late-season stretch. The Bears are coming off a BYE and could be well-prepared, but hopefully Baltimore enters Chicago with a purpose and a plan.

• Lamar Jackson shakes off a rough game in Miami and throws the ball all over a strong Bears defense. While Chicago can certainly generate pressure, Jackson will learn from the Dolphins matchup and get the ball out quick over the middle of the field. He’ll throw for over 250 yards and 3 TDs.

• Feeding off Jacksons game, both Rashod Bateman and Mark Andrews will have strong performances. I feel like I’ve predicted this each week, but Bateman finally gets his first NFL score.

• Murray plays and catches one of Jackson’s TD passes, adding over 75 yards on the game to provide a balanced Ravens attack.

• Defensively, the Ravens give Justin Fields a ton of tough reads. The secondary notches 2 interceptions based on disguised coverages, and Justin Houston adds 1.5 sacks.

• I tipped my hand on this a little bit earlier this week, but the Bears have allowed Justin Fields to be sacked more times than any other QB in football this year. Not only does the trend continue on Sunday, there’s plenty to go around. Bowser, Oweh, Houston, and Campbell register a sack each.

• Chicago’s rush defense has been a point of concern this season, and the last team that you want to be facing when you struggle to stop the run is Baltimore. This is the week Lamar rips a highlight reel TD run, going 30+ yards. He’ll also top 125 yards rushing as part of a 225 rushing yard day for the Ravens.

• I have this sinking feeling that we’re still going to be in for a close one despite those predictions. It’ll be within a single possession and the Bears will have the ball in the two minute drill before Marlon Humphrey makes the play that ices the game, whether it’s a forced fumble or a pick. He’s due.

I don’t care who the Rookie QB is, I’m always taking Wink’s defense.

Expect big things from the pass rush in this game.

Khalil Mack is still banged up so the much-maligned Ravens O-Line might be in luck for Sunday.

With many offensive players missing practice this week, I’m not expecting a big day from Lamar Jackson and co.

Latavius Murray would be a welcome addition to a run game needing a spark.

Genuinely no idea what will happen in this game, but I’m feeling a low-scoring affair.