Baltimore Ravens fans, it is officially the offseason for the team after a crushing overtime loss to the Pittsburgh Steelers to ultimately put an end to the Ravens slim playoff hopes. For what it’s worth, the Miami Dolphins later won their game, which also would’ve eliminated Baltimore. Regardless, it’s a very disappointing end to a very trying season for the team and the fans.

So where do we go from here?

Thankfully, there are plenty of avenues to keep our minds busy this offseason. For starters, we will actively be rooting against the Steelers and the Cincinnati Bengals in the playoffs this weekend (lets go Chiefs and Raiders!), so don’t tune out of the season just yet. We also have tons of time to make our insane mock drafts that Eric DeCosta ultimately won’t look at, but we love to do it anyways. We can also speculate about what we want to see the club do with roster management between retaining players and/or making signings in Free Agency.

So don’t fret, Ravens Flock, we will still have plenty to talk about. But for now, it’s another Hump Day, which means it’s time to go Out to Lunch and see what’s going on in the Twitter sphere!

On the topic of Free Agency, it sure seems like a lot of players are set to hit the market. Well, that’s because they are:

Most of Ravens 2018 class heads to free agency. Ozzie’s last draft was epic:

The majority of the team’s 2018 draft class that is still on the team, with the exceptions of Mark Andrews and Lamar Jackson, are set to hit the market while some, like Anthony Averett and Bradley Bozeman are potentially in line for a nice payday. And that’s just the 2018 draft class… that doesn’t include stalwarts like Calais Campbell, Patrick Ricard, and Justin Houston to name a few.

The silver lining? A lot of them have expressed an interest in returning:

Every Raven going into free agency that has spoken publicly is expressing a desire to return to Baltimore.

Tells you all you need to know about the Ravens.

We’ve known for a while how respected an organization the Baltimore Ravens have put together and we seem to see these comments every year, but it still makes our hearts a bit happier to know that even in a year that ended in such disappointing fashion, that so many of these guys want to return for 2022. Hopefully the team finds a way to hang on to a handful of them.

One of the coolest accomplishments the Baltimore Ravens got to experience this year was third-year wide receiver Marquise Brown, better known as Hollywood Brown, eclipse the 1,000-yard mark for the first time in his young career. Brown finished the 2021 season with 91 receptions for 1,008-yards and six touchdowns. While Brown’s season certainly felt like a year of two halves after cooling off from a major hot start to the year, Brown still has expectations higher than catching 1,000-yards:

"1,000 yards is a base. I want to get in the playoffs, win Super Bowls." @Primetime_jet pic.twitter.com/e0IrRR0hwy

Brown describes his 1,000-yard campaign as a “base” and highlights wanting to go to the playoffs and winning a Super Bowl as his goals. We would certainly love to see Brown accomplish this in his (hopefully long) time in Baltimore, and we are happy that he is more focused on larger goals than statistics. Still, it’s a feat to be proud of, Marquise, and we congratulate you on a remarkable 2021!

Brown wasn’t the only 1,000-yard receiver for the Ravens this year, as tight end Mark Andrews posted 1,361-yards and nine touchdowns on 107 catches. It’s legitimately one of the greatest single-seasons a tight end has had in the history of the NFL, as Andrews’s 1,361-yards are the third most in league history and his 107 receptions are the second most in league history.

So, it should come as a surprise to no one that Andrews was PFF’s highest graded tight end in 2021:

There is a new No. 1 tight end

What Andrews accomplished in 2021 was historically dominant, people. What an absolutely remarkable season for the fourth-year former Boomer Sooner. Here’s to many more elite seasons and a First-Team All-Pro (or we all protest the NFL).

Ryan Mink had a very good point for those who want to consistently slander the Baltimore Ravens offense and particularly offensive coordinator Greg Roman:

The Ravens finished 6th in the NFL in total offensive yards without:

While the Ravens were admittedly a team that struggled in the redzone, the team had no issues moving the football on the ground and through the air. The offense rolls on and with a healthy crew in 2022, they should rebound just fine.

Before we close out, I’ll leave you with this:

Lamar on his offseason plans to get the team together: pic.twitter.com/MtlGkYwBkO

This season’s end was crushing, but Lamar Jackson seems very set on coming back better than ever in 2022. Jackson earned the second Pro Bowl of his career in 2021, but we all know that there was definite room for improvement and Jackson agrees. From this short clip, we can hear the determination in Jackson’s voice to get better. Jackson will look to have a massive 2022 season to finally secure his first massive extension of his very promising and young career.

It will be a long time before we get to see Baltimore Ravens football again, but at least we have each other and plenty of great content to talk about to keep us entertained and excited for 2022. 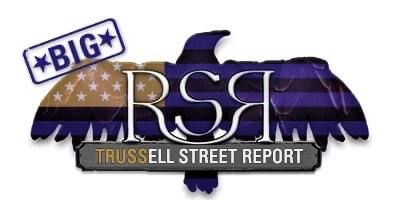 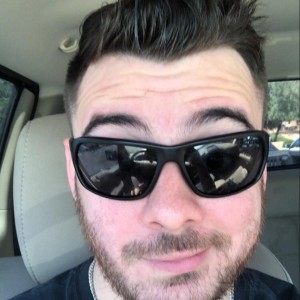