The 14…Searching for Aliens: Jordan Davis

Welcome back to The 14, a series centered around the Ravens’ 14th overall pick in the 2022 NFL Draft. After focusing on the idea of drafting a wide receiver in my last article, I’d now like to turn to a broader approach that Baltimore should adopt in 2022: find and draft aliens.

The 14: Missed the Cut…with Room to Rise

The NFL is slowly becoming the setting of a science fiction movie, with aliens like Deebo Samuel and Micah Parsons taking over the league. New players with otherworldly physical abilities and skillsets enter the league every year, and coaches are finding new and innovative ways to deploy them. Players like Samuel and Parsons aren’t just redefining their positions – they’re inventing new ones and creating the future of the NFL in the process. These players don’t just impact games; they change entire teams and unlock new strategic and competitive advantages that can alter the future of a franchise.

The Ravens already have one alien of their own in Lamar Jackson, but the 14th pick might be an opportunity to acquire another, either to pair with Jackson or revitalize Baltimore’s defense.

Finding such players isn’t easy; after all, Samuel and Parsons weren’t used in college the way they are in the pros. It starts with elite athleticism – think Tyreek Hill’s speed or Aaron Donald’s power – and a basic idea of how to use it. Add Swiss Army Knife versatility for multiple positions, alignments and roles and enough tape and technique to project a unique role in the NFL, and you might have a potential alien on your hands.

But even then, those players have to be drafted by the right teams, with the proper scheme and coaching staff to get those alien-like abilities out of human football players.

For example, a team can’t draft Treylon Burks, a clear alien in this draft, as I explained on Wednesday, and simply expect him to become Deebo. They’ll need to manufacture touches for Burks to get the ball in his hands as his route-running develops, something that may not be possible in – or best for – Baltimore’s Jackson-centric offense.

In that vein, the Ravens need to search for an alien that can take their team to the next level, but luckily for them, they have a few options. Today, I’ll start with Jordan Davis, the Georgia Bulldogs’ behemoth defensive tackle, with his former teammate Travon Walker and Utah linebacker Devin Lloyd up next week.

At this point, we all know Davis, the mammoth defensive tackle who put together arguably the greatest pre-draft athletic performance in NFL history.

Davis’s 6-foot-6, 341-pound frame ran the 40-yard dash in just 4.78 seconds; for comparison, fellow ex-Bulldog defensive tackle Devonte Wyatt clocked in at 4.77 despite weighing in at just 304 pounds. There is quite simply no player with Davis’ physical profile in the history of the NFL, or any other sport, for that matter. Or, as Pro Football Focus put it: “He’s a unique specimen in the course of human history.”

That shows up consistently on Davis’s tape as the anchor of the nation’s best defense at Georgia where he lined up in both the A and B gaps. He demanded constant double-teams that he either absorbed to set up his teammates or blew up to make the play himself. Davis’ physical traits were on best display in the run game, where he was able to close multiple gaps in a single play with his length, power and mobility.

But Davis’ “”alien designation comes from the potential of a player with his physical attributes to impact opposing passing offenses. Modern quarterbacks are better at evading pressure than ever before. They recognize and beat blitzes by getting the ball out quickly and elude edge rushers by stepping up in the pocket. As a result, the NFL is starting to seek out interior defensive linemen who can collapse the pocket and pressure opposing passers as quickly after the snap as possible.

After all, the shortest distance between two points – the defense and the quarterback – is a straight line. Edge rushers and other blitzers have long, sometimes looping paths to get into the backfield, while defensive tackles need only go straight ahead. But few have the combination of size, power, speed and pass rush moves required to consistently beat opposing guards and centers.

For now, Davis just has the first three, with only a steamrolling bull rush in his current pass-rushing repertoire that worked quite well in college, even against top SEC linemen. That won’t suffice against NFL-caliber pass protectors, but his run-stuffing tape at Georgia indicates he has an early understanding of how to attack opposing linemen with his violent hands and long frame. He’ll need to develop pass rush moves in the pros, but he’ll still enter the league as a weapon on passing downs, even if he’s still developing the conditioning to dominate in the fourth quarter.

Even early in his career, Davis will require multiple interior linemen to block him when rushing the passer. He’s simply too powerful to be left alone, giving his teammates one-on-one matchups on the edge or even a free path to the quarterback. That sounds appealing for a Baltimore defense that has found success with blitzes designed with stunts and loops that focus on clearing wide-open lanes to opposing passers. Davis could bowl over multiple pass protectors and let the speed of Odafe Oweh or Patrick Queen finish the job.

But that’s just at the onset. With proper development and coaching, Davis can develop a deeper arsenal of moves and a plan for his pass-rushing exploits, making him virtually unstoppable in the middle. There’s no reason to suggest he can’t do just that; he has every physical tool he could possibly need to overpower and outmaneuver opposing linemen.

I also see no reason that Davis can’t make those developmental leaps in Baltimore. Sure, 2020 third-rounder Justin Madubuike hasn’t emerged as the interior pass-rushing threat the Ravens drafted him to be, but his elite speed isn’t combined with size that comes anywhere close to Davis. The former Bulldog has physicality and athleticism that you just can’t teach, and I refuse to believe that he won’t be able to figure out how to get to the quarterback in the NFL.

The man on the left is Jordan Davis

Seriously, look at him! We’re going to be laughing at the pre-draft doubts about Davis’ pass-rushing ability by the time his second season is over. The NFL is absolutely a league of technique, skill and strategy, but games are just as often won by raw physical ability. Humans with that size – height, weight and length – rarely come along, and they’re never accompanied with his speed and explosiveness. Veteran linemen will have to block something they’ve never had to block before, and that’s a lot easier said than done when the task at hand is blocking this guy.

Davis also does something uniquely appreciated in Baltimore: he changes the math on a football field.

Lamar Jackson’s dual-threat abilities and the design of Greg Roman’s option plays change the normal math of any given football play. The offense normally plays 10-on-11, with the quarterback running things from behind the line of scrimmage. Action Jackson forces defenses to account for him on run and pass plays, opening up extra space and better matchups that benefit Baltimore’s offense as a whole.

Davis’ physical profile makes him take up the space and have the impact of more than just one defender. No other offense has a quarterback like Jackson, so the Ravens can feel like they have a 12-on-10 advantage on defense with Davis in the game. That kind of impact is the competitive advantage the Ravens badly need, a potential equalizer in the absolutely insane AFC arms race this offseason. 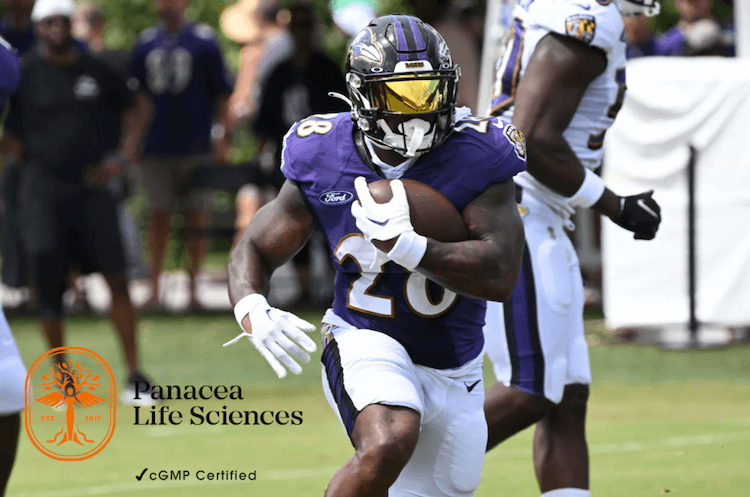 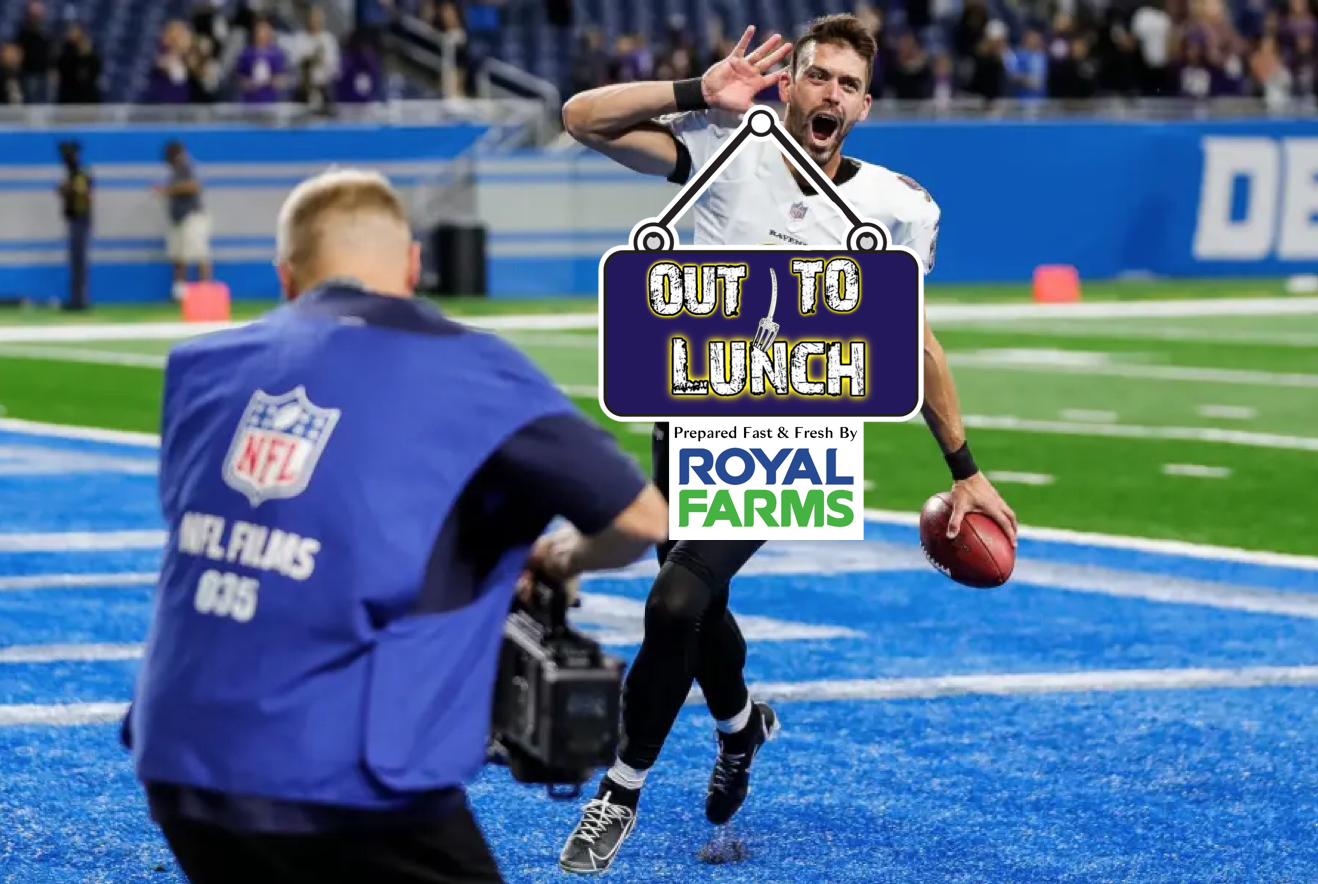 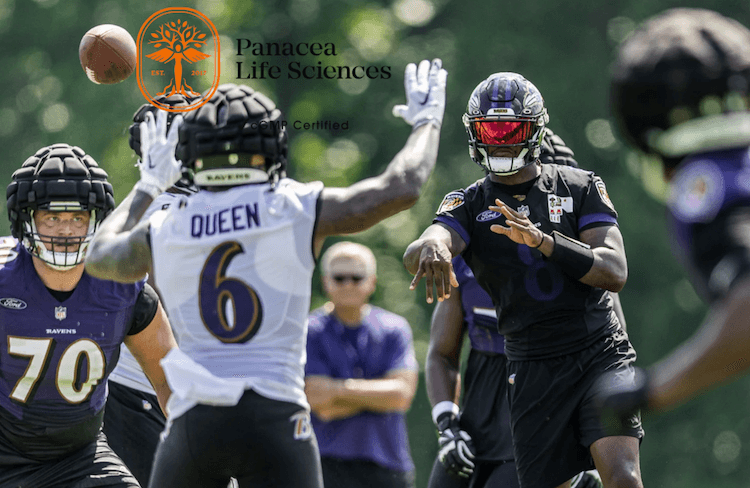 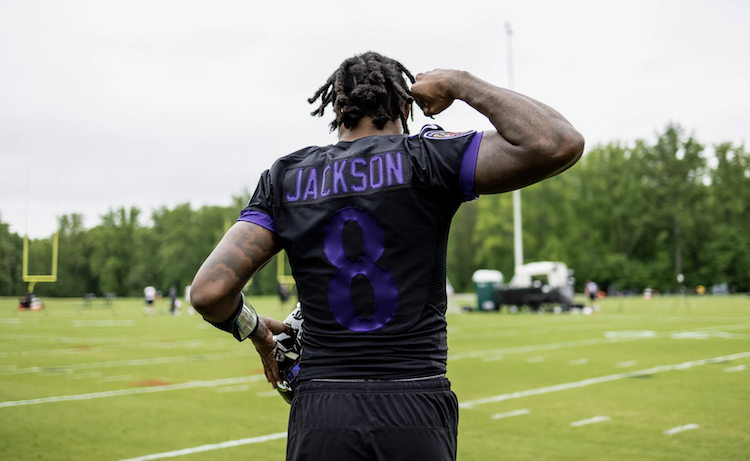