I first met Mr. Ed several years ago, a fortunate benefit born out of my friendship with his daughter Debbie and her husband David Ellis. His presence and personality filled the room. A tall, impressively built man, who possessed a strong Irish accent and recited one-liners with the style and ease of Rodney Dangerfield can do that. Mr. Ed could also command one’s attention with a stern look and a quick pivot in the tone of his voice that suggested the mood had changed. He was suddenly serious – or at least pretended to be, to make his point.

My first encounter with that mood-shift happened immediately after calling him, “Mr. Ed”.

For a while, whenever I’d see Ed, I actually refrained from addressing him by name. Obviously he didn’t like to be addressed in a way that was akin to a talking horse, yet it felt disrespectful to me, to address him as “Ed”. We’d exchange pleasantries, talk for a bit and get on splendidly, but I consciously didn’t call him by name.

As time went on and despite the fact that I didn’t spend much time with him, there was a chemistry. His eyes were kind. He embraced life and the love of his friends and family. There was a simplicity and warmth to Ed that just drew you in. It was as if he had life figured out, as evidenced by the ever-present Cheshire cat grin.

And then one day, out of nowhere, a solution to my uncomfortable dilemma arrived in the form of an epiphany. I knew how to address him – comfortably. I chose to call him, “Uncle Eddie”. The first time I addressed him as such his body language was that of a welcome mat. Without saying a word, I knew we were at home with the new, warm moniker.

Uncle Eddie was a man of great conviction. His beliefs were as strong as oak – branches of a trunk deeply rooted in his Celtic heritage, hailing from Derry Cit, Northern Ireland. In a 1997 profile published by The Sun, the paper described Uncle Eddie as, “the kind of man who calls the newspaper to point out that the four-leaf clover used in classified ads promotion is not the symbol of Ireland; that would be the shamrock, and it has three leaves.”

He was wired that way. The details were important to Uncle Eddie and I admired him for his commitment to his principles.

Speaking of which, there’s an old Irish joke that goes like this…

What’s the difference between an Irish party and an Irish wake?

But contrary to Uncle Eddie’s credo, Erin go Bragh, and the propensity of his fellow countrymen to indulge in adult libations, a drop of alcohol never parted his lips. Back In 1946, upon his confirmation, he joined the Pioneer Association of Derry, whose members take a pledge that they will refrain from using alcohol until they’re 21. Uncle Eddie took that a step further and made the pledge a lifetime one.

In 1958, along with his then fiancé Ethna Cunningham, Uncle Eddie moved to the States where he would live the rest of his years. The couple made many trips back to Ireland to visit family but Maryland was home. Yet in order to feel, live and breathe those Celtic traditions, at least in part, Uncle Eddie immersed himself in a side gig as a radio host on a program called “Reflections of Ireland”. He played music, told stories, shared his immense sense of humor and helped displaced Ireland natives across the globe, feel connected to their mother land despite the miles that separated them. For them, he was a breath of fresh “on” air.

He was that way for all of us. 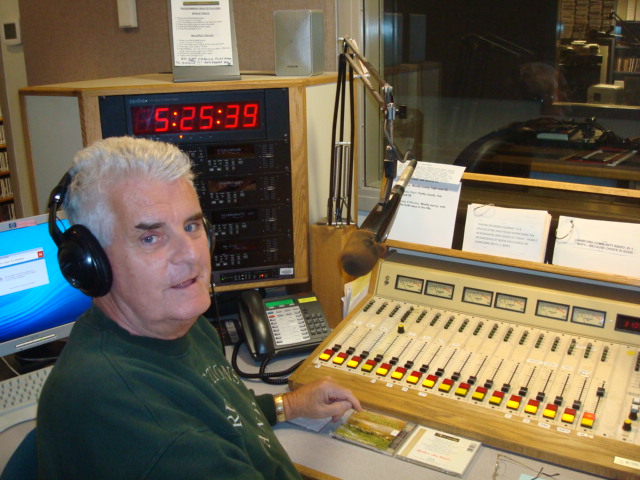 I remember once, unintentionally insulting Uncle Eddie by referring to Saint Patrick’s Day as St. Paddy’s Day. He quickly and semi-scornfully corrected me. “Tony, it’s Saint Patrick, not Paddy!”

Today, I find myself correcting others guilty of committing the same naïve faux pas.

A few years ago, my wife Ruthie and I, joined Debbie and David on a boating excursion that brought us through the Chesapeake, into the Patapsco River, eventually landing at Baltimore’s Inner Harbor. A storm crept up on us quickly and it was obvious that we wouldn’t make it back. After tying the boat down, Debbie made a call to Uncle Eddie to see if he could pick us up. Without hesitation, he hopped in his car and made his way down from Perry Hall.

Gas prices at the time, much like today, swelled rapidly and were pushing $3/gallon. Shortly after Uncle Eddie picked us up he turned to me and said:

To which I excitedly replied, “You’re kidding! How did you manage that?”

Uncle Eddie was a blessing.

He was a cool breeze on a hot summer day. He was a calming presence in the midst of chaos. He was a voice of reason in a room of tattered nerves. He was a smile and a laugh. But mostly he was my friend and I will miss him dearly.

I know they don’t put “Uncle” on tombstones either, but when I see or think of his, in my mind, it will always read, “Uncle Eddie”.