“When he’s not here, you kind of forget what it feels likes, and then he shows up and you’re like, ‘Yo, that’s Lamar Jackson back out here!’” Wide receivers coach Tee Martin

Practices are just different with Lamar Jackson. There’s a level of athleticism and excellence that can’t be duplicated, only emulated but without the same results. Lamar’s presence just elevates everything – the competition; the execution; the intensity; the opportunity.

He makes the offense better. He makes the defense better. And that’s why it’s so important for him to be at all practices, something that from this point forward you would expect from him. Yet until an extension morphs from a possibility to a reality, discussions about a new contract or the lack thereof will continue. And you have to wonder, now that the market has been set by Deshaun Watson, and the Ravens seem willing to pay market value, what is he waiting for?

Can winning a Super Bowl push the numbers beyond $230M?

I suppose that’s possible but is it worth the risk?

As a fan, you have to like that Lamar is betting on himself. And maybe the Ravens do too. He’s willing to take the journey. Here’s to its success!

[Related Article: Wolfe Out, JPP In?]

A look at Lamar Jackson’s first practice with the Ravens this offseason … pic.twitter.com/bL9IUWuwEO

Baltimore Positive’s Luke Jones had this to say about a Ravens edge defender Jaylon Ferguson:

“[He] was a handful against [Ja’Wuan] James and others before tweaking his ankle. To his credit, the fourth-year outside linebacker had it taped up and returned to 11-on-11 drills. As noted in previous weeks, Ferguson is practicing like someone who knows this could be his last chance here.”

BaltimoreRavens.com’s Ryan Mink had this to say about Daelin Hayes:

“Hayes has continued his strong play from OTAs. He dropped into coverage to pick off a short pass from Jackson over the middle and scamper up the sideline. Hayes was good in coverage in college and is showing his instincts and hands now in the NFL.

“Hayes is a polished Notre Dame product who has already become a community service all-star in Baltimore. But don’t think he doesn’t have an edge. Some offensive players mocked Hayes after he was flagged for an offsides penalty. Hayes didn’t say anything, but on the next rep, he blew by the left tackle for what would have been a quarterback hit. A fired-up Hayes shouted back at the offensive sideline, “how do you like that!?!”

Aditi Kinkhabwala once struck me as a Steelers homer. She regularly reports from Heinz Field and my impression was that she took a special joy in the success of her favorite team. After all, her family has season tickets at Heinz Field.

But then I noticed how well respected she is by those who I admire. So I thought it was time for me to open my mind and view Aditi not as a Black & Gold mouthpiece but instead, more objectively. And since I have she’s really a breath of fresh air who does an excellent job of covering the AFC North without bias and as a person, she is kind and heartfelt.

If you look at Aditi the way I once did, I encourage you to clear your head and step out of those shoes. You’ll soon see one of NFL Network’s best field reporters and an even better person.

I grew up all about the Giants. I’m a Steelers season ticket holder. The club that gave me opportunity is the Browns and the team I’d want to play for if I was 22 is the Ravens. The way to confirm facts is by asking and not assuming. https://t.co/0hMYuGUvjk

“Jalyn [Armour-Davis is] a great corner. He has the speed; he has everything that you want in a corner. He has the height, speed, change of direction, he has all of that great stuff. Now it’s all about experience and being able to do it on a consistent level. And ‘Pepe’, Damarion [Williams] … He might not be the fastest and he might not be the biggest, but I guarantee you [that] the kid has got the biggest heart and he’s a good football player. I always bet on good football players to go out there and do their job. That kid plays with great energy, and he’s going to make us better as a team. I really love the kid and I think he’s going to have a great future.”

The energy is unmatched 🤣 @FTK2662 pic.twitter.com/rvImKKqC9s

“[He just needs to] continue to make the plays that come to him. You look at last season; go back to the Denver game, he had some big grabs for us on third down; go back to Cincinnati, late in the season, [he had] some big grabs on third downs. And just when he’s out there on the field playing, just continue to make the plays and doing the things that we’re asking him to do within the offense.”

On how he views the trade of WR Marquise Brown…

“[He’s] a good friend of mine. Of course [I] hate to see him go, but we have an opportunity in front of us and we’re all excited about it and excited for the future. [I] can’t wait to see how the season goes.”

There was a brief scare at Ravens minicamp, when WR Rashod Bateman went down to the ground and got looked at by a trainer. But it was likely a cramp. He got back up and later went back in for a rep.

"What more could you ask for really from a vet?" @Madabeeks on working with @CalaisCampbell: pic.twitter.com/a1icsFr92E

Years ago while vacationing in Ocean City, Maryland, I recall going out one night to The Paddock which was once located on 17th Street and Coastal Highway. I can’t recall what band was playing, probably because another entertainer captured my attention – DJ Batman. He delivered energy, fun and his style was so unique and engaging that you actually looked forward to the band taking a break because that’s when the bat signal went up.

Batman was an original. He was a pioneer who inspired many others to become DJ’s. Not long ago Ocean City Mayor Rick Meehan awarded Mike Beatty, aka Batman, a key to the city proclaiming him as an “Ocean City Legend” and the “Night Time Mayor” of the seaside town.

Beatty hailed from Baltimore and was a huge fan of the Ravens and The Beatles. He once shared that his heart was in Baltimore but his soul in Ocean City. In honor of Batman, please take a moment to lift your glass with others for a “social”. He was special and he will be sorely missed. 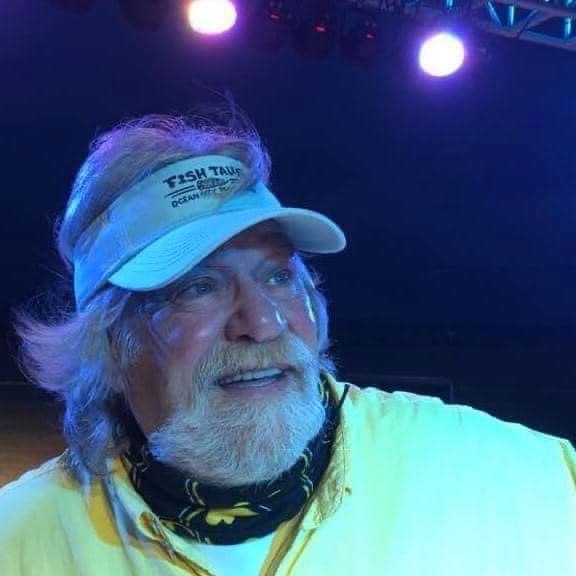