The Wide Receiver Room is Thinning Out

The Baltimore Ravens extended their preseason winning streak. However, the game against the Titans put more questions into play about the wide receiver position.

Tylan Wallace was the only one of the top four receivers to play in the preseason opener. He suffered a knee sprain, on a play where Isaiah Likely failed to give him the block to get around the edge. The play was recorded as a four yard loss for Wallace. Wallace had one reception for three yards. He was the most high profile receiver playing for Baltimore and the night surely didn’t go his way.

[A different perspective on the play]

James Proche probably wouldn’t have played if he was healthy, yet he’s dealing with a minor injury. Bailey Gaither has also missed some practice time. The Ravens are getting thin at available wide receivers, particularly when you consider that the team’s top three receivers may not play much or at all until the regular season begins.

So far Eric DeCosta has stayed away from the bargain bin in favor of developing young talent at wide receiver. It’s kind of working. Rashod Bateman, James Proche and Devin Duvernay have given the offense plenty to buzz about. But the WR cupboard is beginning to run bare on proven talent.

And it’s no laughing matter.

The good news is the receivers showed up in a big way for this game. Shemar Bridges had the most obvious impact with four receptions for 62 yards and a touchdown. Makai Polk had six grabs in the game and Binjiman Victor caught four himself. Victor was in position to add another long gain to his stat line, but Tyler Huntley overthrew him. The sad thing is that Victor put on a textbook example on how to run a deep route while shaking a cornerback.

Between the three quarterbacks (Tyler Huntley, Anthony Brown and Brett Hundley) there were only 7 incomplete passes for the evening. Much of this was the work of the pass catchers. Bridges got three receptions by going up and beating the competition for the football. Isaiah Likely caught a couple passes where his ability to win a 50/50 ball was obviously on display. The receivers and tight ends were sure-handed and adjusted to some tough passes.

Going into the game Victor and Jaylon Moore (2 catches, 15 yards) were probably in front of Shemar Bridges. After this game, Bridges may have started to flip that situation. It’s not just that Bridges made plays, it’s how he did it. His size and physicality shined in a game situation, something that may pop out less in practice. Raleigh Webb also added a beautiful over-the-shoulder 34-yard reception on a perfectly placed teardrop pass from Brett Hundley.

“I just try to come out here and try to do the best I possibly could. It was my first game. Coming from a small school … So, I just try to make an impact and do whatever I’ve got to do – whether it’s blocking [or] special teams – trying to add on to some of the plays that I’ve made in practice. I knew there were a lot of things I wanted to improve on. I wanted to just come in this game and just show that I can play big and do it on a consistent level. I feel like I did alright with that. I got a lot more work to put in. Just got to stay humble and keep going.” ~ Ravens WR Shemar Bridges

Tune in on WBAL pic.twitter.com/5dOLcpdXUr

One thing we continue to see from the Ravens is that the tight end position will share the pass catching duties heavily. Likely showed that he is basically a big wide receiver. Blocking isn’t his forte and it showed. He looks incredibly comfortable making plays, reminiscent of mentor Mark Andrews. Likely is a matchup problem who can make tough catches in tight coverage.

This Mark Andrews and Isaiah Likely duo is going to be a problem for the league pic.twitter.com/S0VVnIPVBg

It’s going to be very interesting to see Lamar Jackson, Rashod Bateman, Mark Andrews and James Proche gel, and put it all together. Ravens fans probably won’t see that at all in the preseason though, so the focus is on the men behind them. With another receiver mildly banged up the idea of bringing somebody in has elevated. We’re also seeing the position battle play out for the fifth receiver spot. That may be the last spot up for grabs on the initial 53 man roster.

The pass catchers aside, what about the rest of the offense?

The front line saw some positives and negatives. On the bright side, Daniel Faalele had a lot of playing time and he played solidly. Ja’Wuan James looked good at left tackle, which is one of the things you needed to see in a game situation.

On the negative side there was a bad snap for Pat Mekari at the center position. The Ravens tried putting Ben Powers and Trystan Colon at center. Powers in front of Tyler Huntley came as a surprise, as he’s always been strictly a guard in Baltimore.. Tyre Phillips played most of the game and drew a holding penalty.

The running backs all got about the same amount of touches. The closest anyone got to having the hot hand was Nate McCrary. He had five carries for 31 yards. Mike Davis had the only rushing touchdown of the night and got to start the game in the backfield. Tyler Badie was mostly bottled up and had just 19 yards. Badie has impressed in practice and his sluggish night was a bit surprising.

But all that said, the game’s effect on the wide receiver roster battle, now shines a light on a new and developing conundrum for EDC. 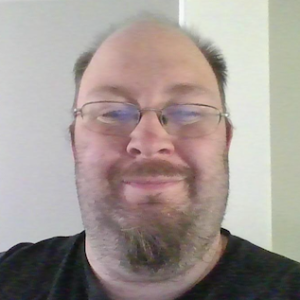 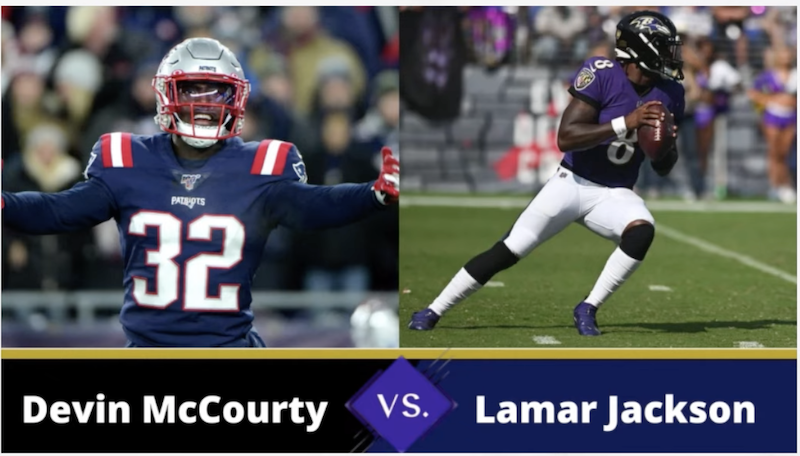 We all got to witness the Lamar Jackson show last week, but going into Foxborough against The Hoodie is no joke. Factor in that the … 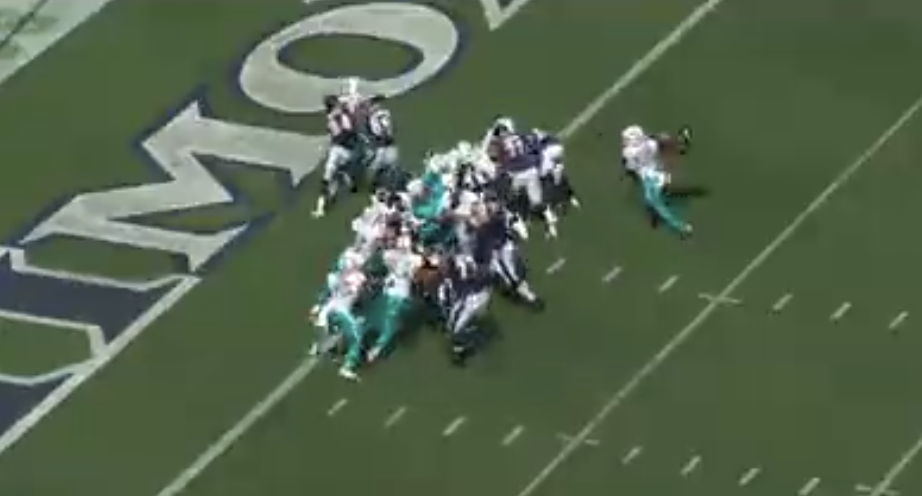 Welcome back to Tale of the Tape! Much has been made of the second half of the Dolphins game, so I want to go back … 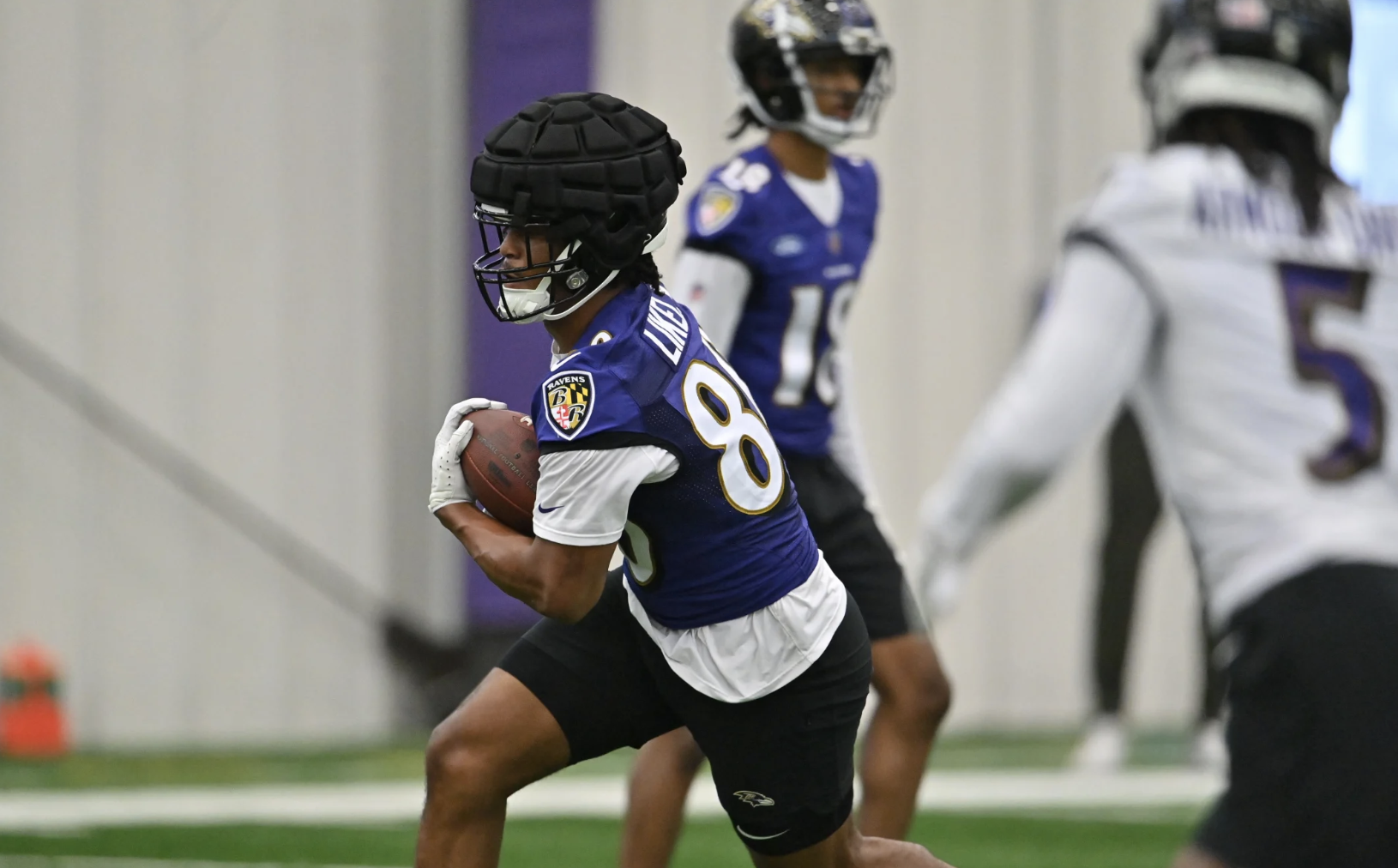 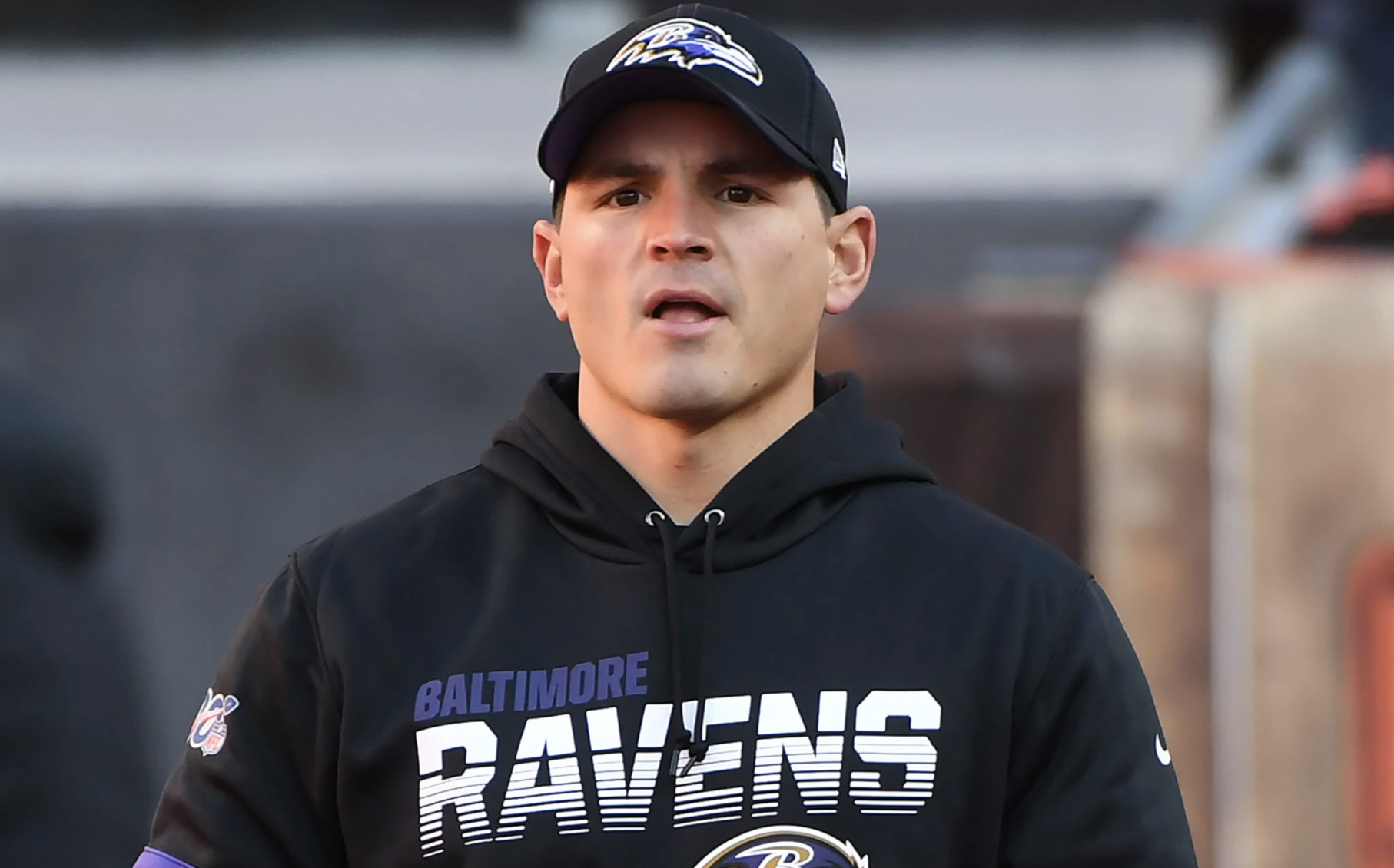 Waste no time in the intro, let’s do the damn thing! Around the League Let’s take a quick look at the “3 S’s” with two … 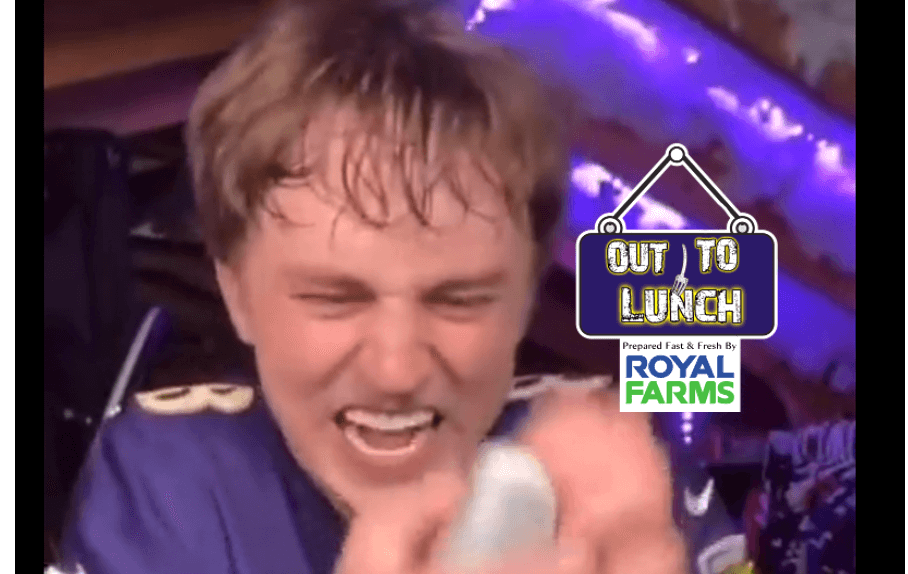 The Ravens have signed a well known pass rusher, and all 53 players were on the practice field yesterday. No, this is not the Twilight … 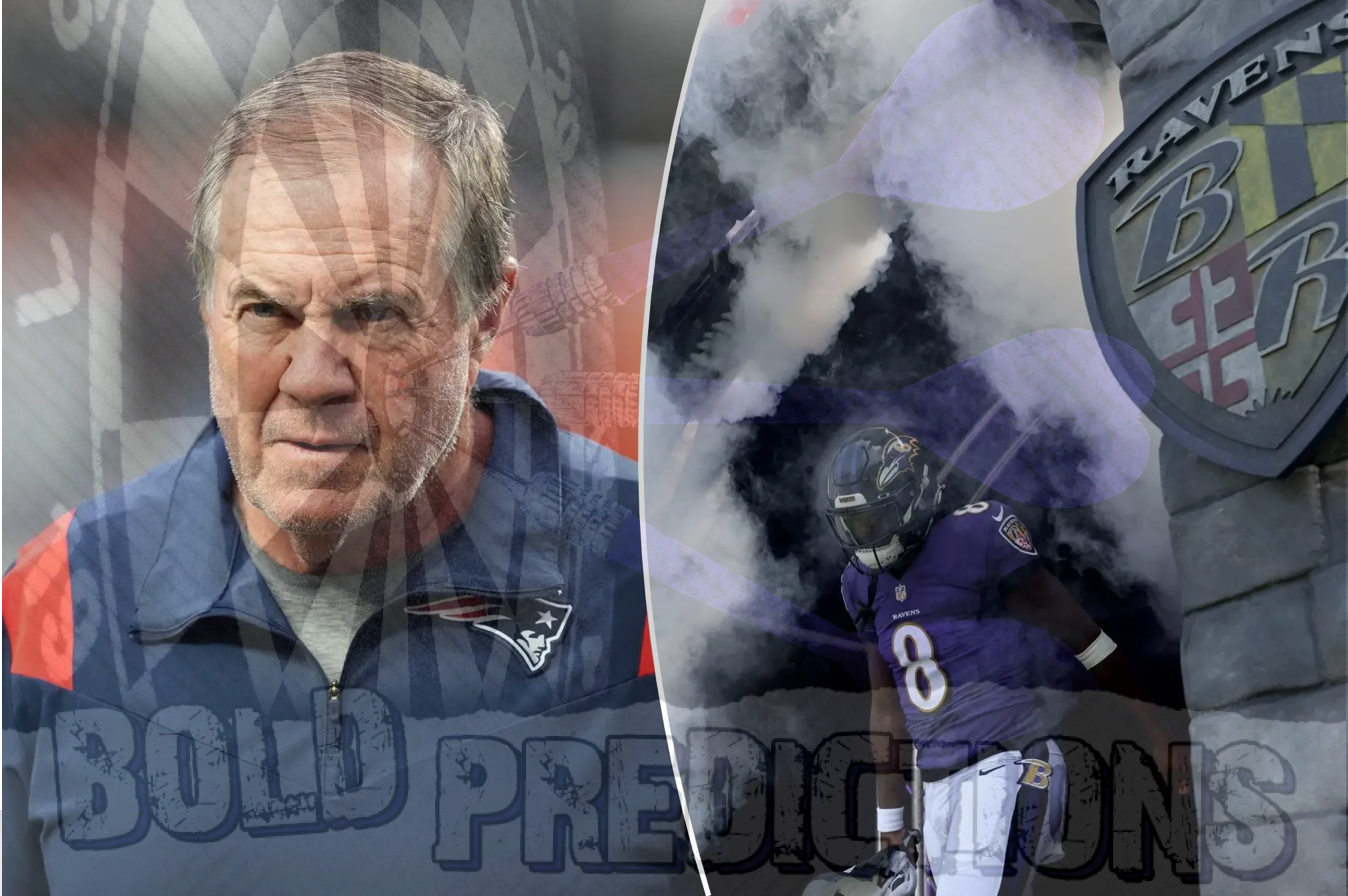 A Dub at The Big Razor?

We all got to witness the Lamar Jackson show last week, but going into Foxborough against The Hoodie is no joke. Factor in that the …

Read More →
Tale of the Tape

Welcome back to Tale of the Tape! Much has been made of the second half of the Dolphins game, so I want to go back …

Waste no time in the intro, let’s do the damn thing! Around the League Let’s take a quick look at the “3 S’s” with two …

The Ravens have signed a well known pass rusher, and all 53 players were on the practice field yesterday. No, this is not the Twilight …

A Dub at The Big Razor? 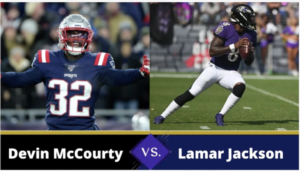 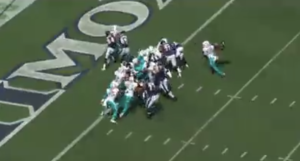 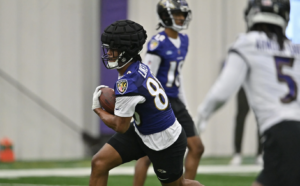 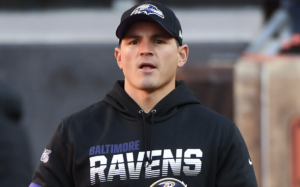 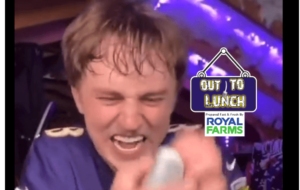