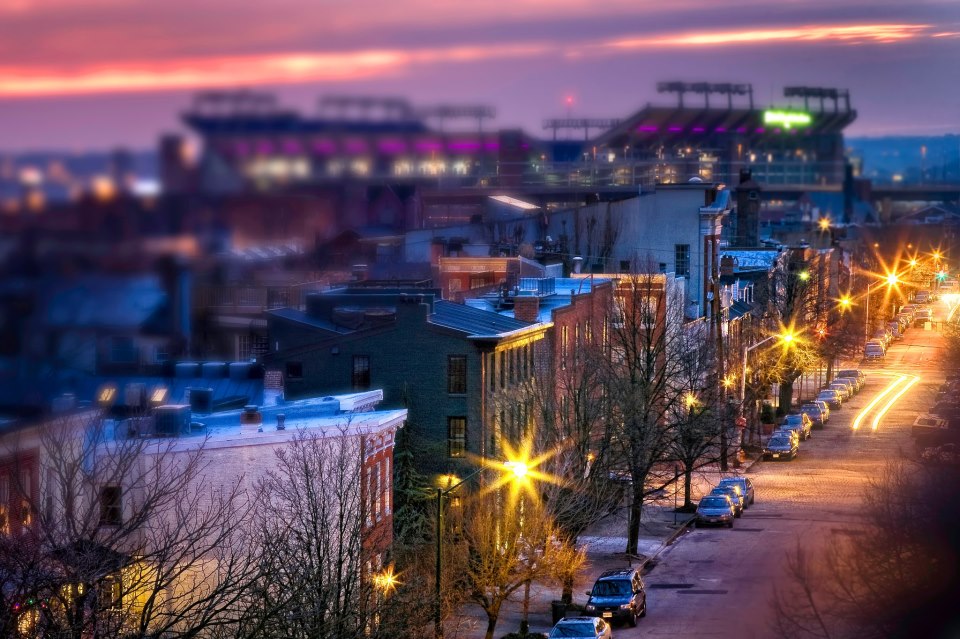 by Christopher A. Kess

“Mommy,” I remember asking one afternoon, looking at the unremarkable sign outside of the restaurant between the Giant grocery store and One Hour Martinizing.  After I visited her at work at Channel 2 that day, we’d gone down the street for her to pick up a couple of things from the store.  “What does Golden Arm mean?  And who’s John Unites?”

“Unitas.  Unite-us,” she said, correcting me.  “He played for the Colts.”  The Colts had won the championship when she was a kid, she explained as we walked through the store, “and Unitas was the quarterback.”  The owner of Gino’s, where we often got hamburgers and eventually, Kentucky Fried Chicken, was his teammate, she’d later inform me.

Like everyone, it seemed, who had grown up in Baltimore in the 1950’s and 60’s, Ma had her Colts stories.

Or let the TV flip by one of the Police Academy movies or even just the commercial for Cohen, Snyder, Eisenberg & Katzenberg.  Or the TV show Blue Thunder.  Since Bubba Smith –excuse me, Ma, Big Bubba– was her favorite Colt, she could talk about him for hours, it seemed.  I thought she must have remembered everything he ever did on the field and she was working on every movie, TV show, and commercial.

To grow up in 1980’s Baltimore was to be constantly surrounded by a blur of history, legend, and myth from those earlier years.

Orioles like Hoyt Wilhelm and Andy Etchebarren, long retired, were discussed alongside names like Cal Ripken and Eddie Murray as if they’d all put the bird hats on in those days.

A flag flew at the spot where Frank Robinson once hit a home run over the left field fence and completely out of Memorial Stadium, yet, depending on who one heard the story from, the ball may have flown all the way to Kirk Avenue, or at least rolled there.  It may have hit City College on the fly.

Earl Monroe and Wes Unseld were the best tandem ever in the NBA and they played for the Bullets for decades.

And there were the Baltimore Colts.

Lenny Moore, Spats, running up the middle.  Alan Ameche, the Horse, crashing in for the winning touchdown vs. the Giants in 58.

In fact, on the first day of fifth grade, probably so as to dispel any possible rumors we may have heard that morning to the contrary, my teacher, Ralph Marchetti, as he introduced himself to the class, announced that he was, in fact, not related to Gino Marchetti.  So no, no chance of an autograph.  Just in case we were thinking about it.

Things changed.  Eventually, Gino’s would be sold and become Roy Rogers Restaurants.  Ameche’s Drive-In and its Powerhouse Burgers were long gone.  The fate of Unitas’ restaurant lay not with the Gino Giant, but the Giant grocery store next door.  Golden Arm and its infamous “Irsay Room” restroom would be sold to and eventually swallowed up by the market.

And there would be no more Baltimore Colts.  All the things that made them who they were had been carted off to Indianapolis.

It’s still called the Wide Right game: Super Bowl XXV.  I watched it at my friend Brandon’s house.  As Scott Norwood lined up to kick, we laid on the floor in front of the TV, probably as nervous and anxious as anyone in Western New York.

When I did warm back up to football, I threw my passion behind teams like mid and late 80’s 49ers, the bad boys of college football, the early 90s Miami Hurricanes (I still have my Canes Starter jacket), and the Jim Kelly-Thurman Thomas-led Buffalo Bills.  I did get to go to a USFL Baltimore Stars game in College Park.  I even got a Stars t-shirt.  They even won the title.  But it was the USFL and it was gone not long after.

So, as time moved further and further from the glory days of the Baltimore Colts, as we had no team of our own, as 33rd Street sat empty on Sundays at 2PM, we shared heroes with the kids in the cities in which they played.  Ronnie Lott, Charles Haley, Darryl Talley, Cornelius Bennett, James Lofton — they became our favorite players, our heroes too.  We took those stories for ourselves.

So, when Scott Norwood’s kick missed the uprights, we suffered right along.  We would suffer with the Bills through that and three more ill-fated Super Bowl appearances.

And yet, we were as much spectators as we were participants.  I hadn’t been to California since before the Colts left Baltimore, and then, only in SoCal.  I had never been to Buffalo; I’d never been north of Amish Country.  Baltimore went about its business the next day.

Through her new job, my mother scored tickets to the 1992 Saints-Dolphins exhibition at Memorial Stadium, more popularly known as the Give Baltimore The Ball game.

The fans were as loud and fierce as ever.

John Mackey received his Hall of Fame ring on the field where he played.

There was no NFL game the following week or that year or the year after.  Many of us didn’t think there ever would be again.  Maybe another exhibition or two.  Maybe a yearly one.  If that.

The NFL had moved on.

I sat on the back of my couch the next year, watching ESPN, expecting the NFL to make things right and put a team back in our town, only to see us passed over.

Then the CFL came to town.

With the NFL snubbing us, this was going to be our football.  Instead of battles like the ones of old vs. the Raiders or the Giants or the Detroit Lions, we hoped to one day speak of the great wins against teams like the Tiger-Cats, the Toronto Argonauts and BC Lions.

The team would eventually become known as the Baltimore CFL C … Stallions.  Its owner, Jim Speros, head coach Don Matthews, and quarterback Tracy Ham posed across 33rd Street from Memorial Stadium for a picture for the first program.  This was it.  This was going to be our football.

My mother got tickets for the very first Baltimore CFL C … Stallions game.

The Baltimore Colts Marching band played as they had for their namesake team.

Our old Colts came.  Unitas, Moore, Marchetti, Donovan, to be there and give the team their blessing.

Something of the old magic did rub off.  The Stallions played for the Grey Cup in 94.  They won it in 1995.

They’d be gone soon like the Colts and the Stars, though.  The CFL’s American expansion would fizzle out.  A surprise announcement in 1995 would seal their fate in Baltimore entirely anyway.

Art Modell flew into town, bringing with him the NFL, which had told us “no thanks” so many times over the previous 13 years, with him.  Many of us woke up as surprised (or aghast, in the case of venerable sportswriter John Steadman) at the NFL’s return to Baltimore, given how it had left 13 years before.

Governor Parris Glendenning crowed at the Downtown unveiling.  And as we had before, the fans gave the team its name: Ravens.

Our Colts would bless this team at the first ever game as they had the Stallions.

I wouldn’t be going to any games, though.  By then, my mother’s cancer, which had gone into remission, had come back, so she wasn’t at work as often to get tickets.  Plus, I was heading off to college.

There was this number 52, fresh out of Miami.  Flying around making all sorts of plays.  Cleaning running backs’ clocks.  Intercepting passes.  Running down guys from behind — really fast guys.  The kid is really good, the word around town is.  Might be special.

January 2000: The Super Bowl in Atlanta.  A fight breaks out at a club.  Two men are dead.  A limo speeds away from the scene.  Ray Lewis is in it.

Mr. Modell says the team will stand by him.

The city does too.

Eventually, the murder charges are dropped, though he pleads guilty to misdemeanor obstruction of justice.

January 29, 2001, #52 raises the Lombardi trophy in Tampa alongside Mr. Modell and Coach Billick.

My aunt Brenda, my cousin Tim and I would scour the area from Perry Hall to Columbia for two weeks looking for any Ravens jerseys we could find.  I’d get a Shannon Sharpe and Tim, a #52.

David Modell would drive the Lombardi trophy around town so the fans could see and touch it.

Super Bowl MVP, multiple Pro Bowl appearances, Defensive Player of the Year.  Considered by many even outside of Baltimore the best ever at his position.

Going out a champion at Super Bowl XLVII.

And now that he’s leaving, he moves completely into the history, myth, and legend that is Baltimore football, Baltimore sports.

I’m born again purple, just like Brandon, just like many of my friends.  Ray is the football hero in our hometown we always wanted as kids.  I still remember the players I admired growing up, but I never got to see them at the stadium or driving down Pratt Street with the Lombardi trophy, and share those times with all of my neighbors, friends, family.

Ray is a football hero in Baltimore to the kids who have grown up with the Ravens, the way my mother and my aunt grew up with the Colts.

She might have recognized in him a Gino Marchetti or Alan Ameche, his name plastered on a restaurant.  Or a Lenny Moore, with the lives he’s touched.  Or maybe A Bubba Smith in his Madden and Old Spice commercials.  She would have recognized in him a John Unitas, the unquestioned leader of his team, respected among many inside and outside of the league, an all-time great at his position.

And maybe this is Ray’s legacy in Baltimore.  He lead the team and created for us a new history, new myth, new legend, a chance to dream about, to dearly remember Baltimore football anew.  Art Modell brought a new team to Baltimore, but it’s Ray that made us believe again.  After the Mayflower trucks, the marriages and annulments with other teams, and the being passed over, and now, two Lombardi trophies and more than a decade of great Ravens memories, we do.

Baltimore native Christopher A. Kess is a writer and actor in New Jersey.  Chris’ most recent stage writing credits include the full-length plays Too Late for Goodbyes and Q.  Chris was most recently seen on stage in the One Minute Play Festival’s New Jersey showcase at Passage Theatre in Trenton in early 2013.

Chris is a lifelong Baltimore sports fan who can frequently be found streaming Ravens and Orioles games.  When the Ravens won Super Bowl XLVII, he wore Ravens pajama pants and a Ravens Huddler (Snuggie) to his day job to make good on a bet.