Will Jacoby Jones Dance in Baltimore in 2014?

Ravens wide receiver and kick/punt returner Jacoby Jones has been one of the most dynamic players in the NFL over the past two seasons. In 2012 Jones was voted to the Pro Bowl, and also earned All-Pro Honors as a kickoff returner as he averaged over 30 yards per return. He has scored on three kick returns and a punt return over the last two seasons including a kickoff return touchdown in the Ravens’ Super Bowl win over the San Francisco 49ers. He also likely would have had another if Pittsburgh Steelers’ head coach Mike Tomlin didn’t try to trip him last Thanksgiving.

Jones also plays as a receiver, and while he is not regarded as a frontline receiver, he has still contributed for the Ravens, and did play the second-highest amount of snaps at WR for the Ravens in 2013 while healthy. He also made had a long touchdown reception in the Super Bowl win in 2012, where he dove and caught an underthrown deep ball and then had the awareness and elusiveness to get up and score. However, he did not eclipse 40 receptions or 500 yards receiving in either season and was not able to regularly take pressure off of fellow receiver Torrey Smith last season.

Regardless, Jones has proven to be one of the elite returners in the league. He’s been a sparkplug for the Ravens since being cast away by the Houston Texans after fumbling a punt against the Ravens in the 2011 playoffs that led to a Baltimore touchdown. That offseason he signed a two-year contract worth $6.5 million with the Ravens. In 2013 he earned $3 million in base salary, with an additional $1 million roster bonus.

If Jones is seeking a contract worth $4 million a year for his next deal, he will likely be regarded as too expensive, and a luxury the team cannot afford to retain. The Ravens hired former Texans head coach Gary Kubiak to be the team’s offensive coordinator earlier this offseason, and despite a rocky relationship in the past, Kubiak had nothing but positive things to say about Jones. When asked about Jones, Kubiak said he called him after the Super Bowl and that “he was like one of my children.”

The Ravens were reportedly interested in bringing back Jones before the Kubiak hiring, provided Jones can be had for a reasonable price. The team is in a relatively tight spot this offseason in regard to the salary cap, and Jones will likely be placed below tight end Dennis Pitta, left tackle Eugene Monroe, linebacker Daryl Smith, defensive end Arthur Jones and cornerback Corey Graham as a priority.

General Ozzie Newsome made it clear last month that he “is not a virgin” when it comes to letting good players walk. Last offseason, the team was unable to re-sign key contributors to the Super Bowl run including safety Ed Reed and linebackers Paul Kruger and Dannell Ellerbe. The team also traded away then-No. 1 receiver Anquan Boldin for a sixth-round draft pick because he refused to take a $2 million pay cut from his $6 million base salary.

If the team was unwilling to pay a more capable receiver more than $4 million, it seems unlikely Jones will receive the kind of contract he may be seeking. Jones contributed on returns in ways the Boldin did not obviously, but dynamic returners are often not given expensive contracts. Other top returners like Chicago’s Devin Hester and Carolina’s Ted Ginn made considerably less in 2013.

The bottom line is that Jones has never been a reliable receiver in the NFL despite his home run potential, and the emergence of Marlon Brown as well as the statements Newsome made that the team is going to be targeting a receiver in the draft or in free agency likely makes Jones expendable as a receiver. Another aspect of the situation is that fellow receiver Tandon Doss returned 23 punts in 2013 and averaged an impressive 15.6 yards per return, including an 82-yard touchdown in Week 3 against the Houston Texans. Doss is a restricted free agent but will be far cheaper to retain.

The fact remains the Jones is still one of the best returners in the game, and will likely receive an offer similar to those Hester ($2.9 million) and Ginn ($1.1 million) played for in 2013. Jones will then likely elect to test free agency, and the offers he receives from other teams will determine where he plays in 2014. He has expressed a desire to stay in Baltimore, but if another team desperately wants a playmaker or believes they can help him develop further as a receiver he will be gone. 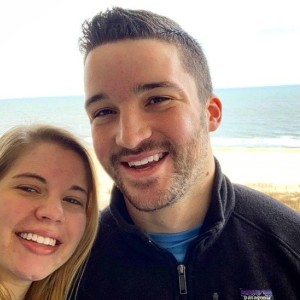 Nick is a BTA major and an Economics minor at University of Maryland Baltimore County (UMBC). Nick also writes for the sports section of the UMBC newspaper, and is a diehard Ravens and Orioles fan. The coolest thing Nick has done was throwing out the First Pitch at an Orioles game in 2012.