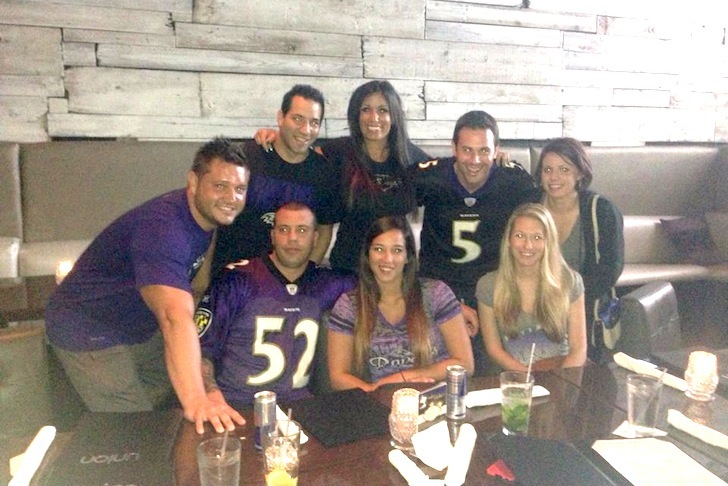 We are the BIGGEST Ravens fans!!!! Representing All the way in DELRAY BEACH FLORIDA!!! About 15 of us get together at the bar and grill and watch the games loyally every game day!!!!

We ALWAYS sit in the same exact seats every single time.

Danny, the one on the bottom right has a Ravens beads necklace and we cannot watch a game without those beads. Our best friend Adrianne, who took the pic owns the restaurant Union and they are normally closed on Sundays but they open up JUST FOR RAVENS FANS!!!

We all get to watch the games without interruption from the outside world!!!

Adrianne is on the top. We owe it all to her for shutting the place down so we have somewhere to watch the games!!! Sean is on the left… When we made it to the Super Bowl in 2013 he hitchhiked his way there and finally made it back to Florida broke as hell after 2 weeks! But he made it!!!

We are all diehard fans and still get together to talk football during the off season!!