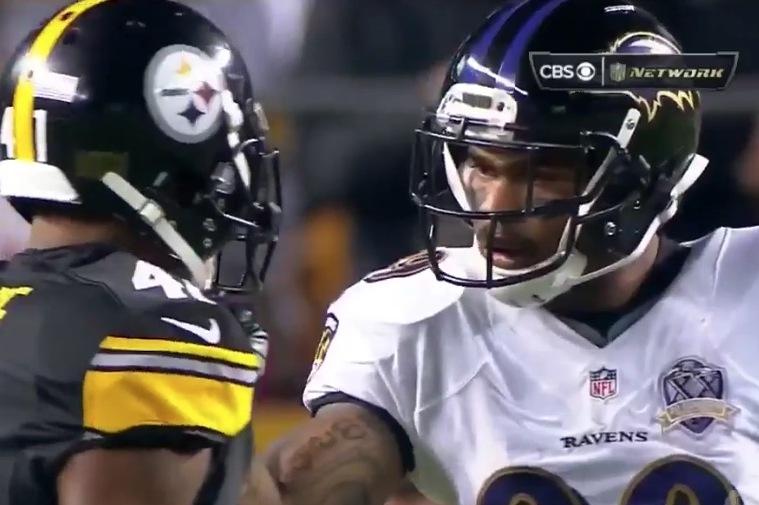 Steve Smith is a terrifying individual when he is on the football field. Despite his comparatively diminutive stature at 5’9″ and 185 lbs, he is about as tough to bring down as a receiver who is 6’5″ and 250 lbs. After the whistle, he is just as feisty. Steelers’ defensive back, Antwon Blake got a glimpse of that last night.

To get into the October Hallowen spirt, after a play, Smith grabbed a hold of Blake’s jersey and just glared into his eyes. Blake desperately tries to pull away from Smith, but cannot.

This is just another attempt by Steve Smith to get into his opponent’s head.

I know one thing; I wouldn’t want to be a defensive back playing against him. He is a scary dude. As Kyle Newport of Bleacher Report says, “you don’t want to mess with Smith.”