If you’re on Facebook and you’re a fan of the NFL (I assume you’re at least the latter if you’re reading this site), then you’re at least somewhat familiar with the NFL Memes community.

If you aren’t familiar and didn’t get it from the name, they post memes about the NFL, covering all sorts of topics. They do a decent job of making fun of everyone equally, even if most of them tend to be unoriginal, exhausted rehashed versions of old memes.

Sometimes they can be funny. Occasionally, they even make a good point.

More often, though, they isolate two things that are uncorrelated and draw flimsy parallels between them. And sometimes they just post things that are blissfully ignorant and wrong.

They made one of those sloppy comparisons last night, when they posted this….

Disclaimer: I feel like I need to note – despite how obvious it may be – that the NFL Memes page is in no way affiliated with the NFL. It is an unofficial, but very popular memes page. Nothing more.

The meme itself is fine. Tom Brady’s run up to the Super Bowl wasn’t fantastic, although the statistics don’t tell you that the Patriots played in a heavy snow for one of those games. But that’s not the biggest issue with this meme. Look at the caption.

“Trent Dilfer, Joe Flacco, may I go on?”

I realize many people don’t like Flacco. They see his regular season numbers and know that his contract was a record deal when it was signed, and they draw the conclusion that he’s overpaid and overrated. With some of his inconsistencies, I get why people would be skeptical of him in general.

The greatness of his 2012-13 postseason run, however, is indisputable. It was, without a doubt, one of the greatest postseason runs of all time. Only Joe Montana’s postseason in 1989-90 rivals it as the best of all time, and some would argue that Flacco’s is better, mostly due to how much better he played than Peyton Manning in the Divisional Round, a game that ended in the Mile High Miracle.

The implication that Flacco was carried to the Super Bowl on the back of his defense is about as accurate as contending that Trent Dilfer was the reason that the Ravens won it all in 2000.

Someone needs to relay that message to the NFL Memes admin who decided that caption was a good one. I decided I’d do that by speaking their language and tapping my MS Paint skills, which are almost as good as Flacco was during the Super Bowl run.

UPDATE: Since this was published, NFL Memes has changed the caption after many of the comments pointed out this fact. 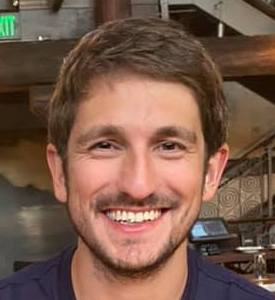