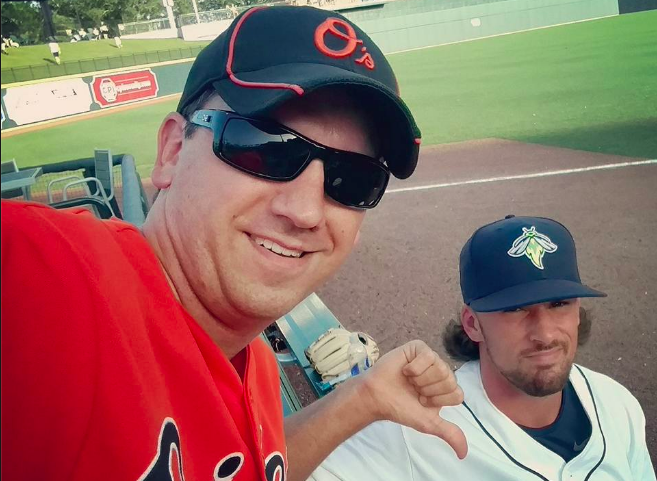 We all need an outlet. Thankfully, Russell Street Report has given me an outlet that even my wife is thankful for…because if I didn’t write down the thoughts I have about the Ravens (and Orioles), she would have to listen to them instead. She really doesn’t want to do that.

As one of the older writers of the RSR group, I’m getting a chance to do something I have wanted to do since I was a little kid. I grew up in Baltimore when there was no NFL team. So I adopted the Seattle Seahawks as my team. I used to chat with John Clayton, when he was just a local reporter in Seattle, in a chat room on Prodigy (yes, Prodigy – not even AOL – that’s how old I am).

But I was really a baseball fan, since that’s all we had in Baltimore.

In high school, I had the great opportunity of doing a job shadow with Mark Viviano (of WBAL at the time) and Steve Davis (with Fox 45 at the time). I gained so much respect for those two gentlemen (thanks guys!)

One quick story to show the kind of man “Viv” is.

I had attended a Baltimore Blast game at the Arena downtown. I was just a 16-year-old, and my car would not start. Picture this: it’s dark, late, and I’m a teen in one of the parking garages in downtown Baltimore. I was nervous.

Viviano saw me as he was walking by. I told him that I had just called my parents, but that they were in Bel Air, and it would take them a while to get to me. So what did he do? He walked me to the restaurant that he was headed to and hung out with me until my parents arrived. I will never forget his generosity that night. He didn’t have to do anything, but instead he made me feel comfortable in a scary situation. A short time later, I spent a day on the job with him.

I spent a week with Davis at Fox 45. One day he invited me to follow him for his day with the Orioles. So I arrived at Fox 45, drove with him to Camden Yards, and spent the whole day with him before returning to Fox 45 to cut tape for the newscast.

At the Yard, we went on the field as he made notes. I will never forget standing on the field next to the Orioles dugout, as Cal Ripken Jr. played catch with Brady Anderson right next to us. Davis and I chatted with the greatest shortstop in baseball history like it was no big deal. Then we went up to the press box during the game, where I was reminded that there is no cheering there.

After the game, we went into the locker room with all the players. It was a dream day for me as a young kid.

Those two events shaped my thinking of sports reporters. In high school, I was the Sports Editor of The Bellarion, the school newspaper of Bel Air High School. I was also a guest writer for The Aegis, writing stories about Harford County High School sports.

When the Ravens arrived in Baltimore, I dumped my Seahawks allegiance and bled purple and black immediately. I was so passionate about the Orioles and Ravens that no matter where I lived, people knew who I cheered for.

I went to college in Pennsylvania and then moved to Maine for a career in music radio. I bought NFL Sunday Ticket and never missed a second of Ravens football. I would come back to Baltimore at least once a year to get to a game, and followed the team through the Baltimore Sun website (before they charged to read it and before social media).

I’ve been blessed to witness many big moments. I remember being on a college trip to Trinidad and Tobago in January 2001. The Ravens were in Oakland during their amazing playoff run. I was doing a home-stay, and thankfully the man had satellite. So on that Sunday afternoon, he and I sat on the couch and watched the Ravens beat the Raiders. I watched as Shannon Sharpe broke open in the middle of the field for the 96-yard touchdown and remember screaming from a house in an island in the Caribbean.

I returned home to Bel Air to watch the Ravens take on the Giants in Super Bowl XXXV. Everyone invited me to Super Bowl parties, but I turned them all down. I wanted to watch alone in my living room. I was four-years-old the last time Baltimore saw a Championship (Orioles in 1983) so I didn’t remember it. I wanted to remember every moment of this. When the Ravens scored, I ran outside to my car in the driveway and blared the car horn. When it was over, I remember crying in my living room.

When I moved on to college, I also moved on to music radio, but missed talking sports. Years went by, as I did music radio professionally, but I continued to listen and call in to sports talk whenever I could.

It was 2012 when I found Russell Street Report and the ProFootball24x7 network.

I remember emailing the site asking if they were looking for any more writers, but they had all the Ravens writers they needed. However, they were trying to expand their writers for all the other teams. At the time, I lived in Maine, listened to WEEI (Boston Sports station), and my wife and all her family were Patriots fans. 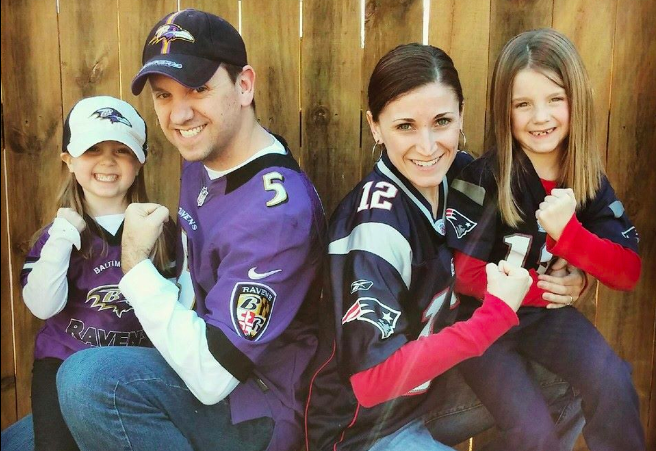 As much as I hated the Patriots, I knew enough about them that I felt like I could write about them. I just wanted to be a sports blogger. I took the advice I still give younger people: just get your foot in the door by doing anything they ask.

So that’s what I did. My first Patriots24x7.com article was April 26, 2012. I continued to write about the Patriots in the most neutral way that I could until one day I got an email saying they had an opening for a writer for Russell Street Report. I could hardly contain myself.

At the age of 33, I was finally going to be living a lifelong dream…being a writer for a Baltimore sports team!

Was it the Baltimore Sun? No, but to me it was even better. I didn’t have to hide my fandom. I could be who I was, and say what I wanted to say. My first Ravens article came out November 21, 2012.

One year later, I debuted “Perception Is Reality,” the weekly column that I continue to write for Russell Street Report as well as Eutaw Street Report. I grew up reading John Eisenberg’s “Fact and Opinion” column each week in the Baltimore Sun, and Randy McRoberts’ similar column in The Aegis. I always liked that format and decided to style my articles similarly.

In January 2013, I was able to attend the last home game of Ray Lewis’ career. I remember trying to write about that experience for RSR, and it was one of the hardest columns I’ve had to write. I had such a hard time putting into words what that trip was like for me…but RSR was my outlet. I couldn’t explain it to my wife (who is a Patriots fan from New England), but writing it all down for Baltimore fans to read helped it to make sense. That column got more likes and comments than any other article I’ve written.

Now, living in South Carolina, I’m still known as the “Baltimore Sports Guy.” When the whole Ray Rice thing happened, I had a local sports talk radio station ask me to come on and give them some insight from the Baltimore perspective. Since then, I have been a guest on sports talk frequently here. Sports, and specifically Baltimore sports, is still my passion. I have a great wife who gives me plenty of opportunities to watch the games. With MLB.TV, I hardly miss a game. With Skype, I’m able to watch the Ravens games here in SC by watching my sister’s TV over the Internet. My passion lives on and RSR gives me an outlet to be able to voice my thoughts.

I can’t thank Derek Arnold enough for helping make my jumbled thoughts into something readable. And what can you say about the visionary, Tony Lombardi?

He took a dream and made it a reality…not just for himself, but for so many of us who write for the Russell Street Report.