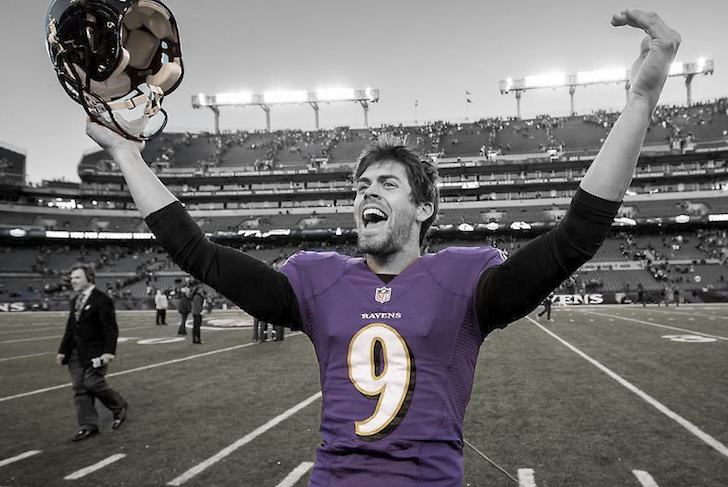 Ravens kicker Justin Tucker has perhaps put together the finest month of his career to open up the 2016 season.

Through three games, Tucker is a stellar 9-for-9 on field goal attempts, including a perfect 3/3 from beyond 50 yards.

His four field goals made Sunday, including a season-long 54-yarder ,played a key role in the Ravens’ victory over the Jaguars, as Mark Trestman’s offense continues to sputter.

Tucker’s go-ahead field goal was his 12th career game-winning field goal, and his second of the young season.

For his hot start to the 2016 season, the former Texas Longhorn was named the AFC’s Special Teams Player of the Month, an honor he’s received three times since joining the Ravens as an undrafted free agent in 2012.

“I think he’s deserving of it because he’s not only made long kicks, but he’s been very consistent, and his kickoffs have been just as ordered,” stated special teams coach Jerry Rosburg on Tucker’s achievement. “He’s been clutch. He’s made some big kicks in big moments.

“That’s really the sign of a great kicker, someone who can come in in the fourth quarter and pin a game down for you.”

A great kicker indeed. In fact, one of the best in NFL history.

After struggling last season with kicks from beyond 50 yards, Tucker worked feverishly this offseason to improve. The Ravens rewarded the second-most accurate kicker in NFL history with a new contract, and thus far it’s paid dividends.

“It’s very much a team effort. I have a lot of confidence in all of those guys.”

We do too Jerry!

Congrats to Justin on the honor.