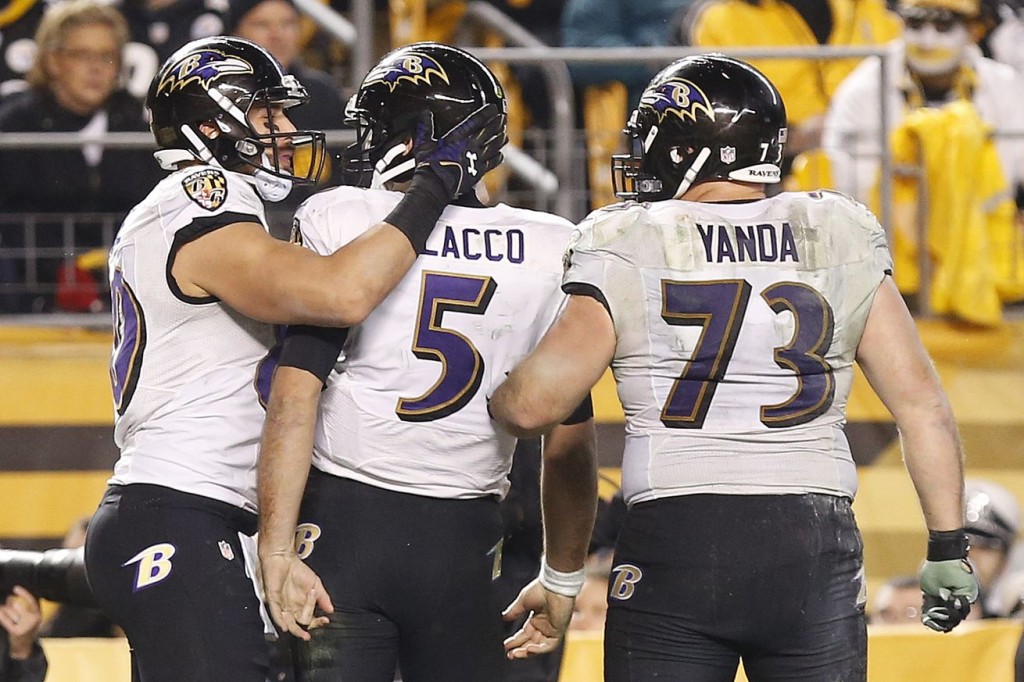 In two days, the Ravens will play their biggest game of the season.

The game at Pittsburgh is always huge. The stakes, the opponent, and the environment makes for riveting, stressful, exhilarating television.

This time around is no different. The Ravens enter this game with an 8-6 record while the Steelers enter at 9-5. If Pittsburgh wins, it will claim the AFC North Championship, an automatic playoff berth, and at least one home playoff game. If Baltimore wins, it will take the AFC North with a win at Cincinnati or a Pittsburgh loss versus Cleveland next week. The Ravens can also make the playoffs via a wild card spot, but would need many more dominoes to fall.

Speaking of which, although this game will take place during the regular season, we all know it’ll have the emotion and intensity of a postseason clash.

For context, here are the splits between these two teams as of late. The Ravens are:

That stat about Baltimore being 1-3 in Pittsburgh in the playoffs isn’t encouraging, unless you consider how the Ravens beat the Steelers in their most recent postseason matchup.

A Glorious Day in Baltimore History

On January 3, 2015, the Ravens were in Pittsburgh to face the Steelers in a wild card playoff. Both teams entered that game on a hot streak; the Ravens had won three of their last four games and the Steelers had won four straight.

Baltimore won handily that day, 30-17. It was Baltimore’s first playoff victory over Pittsburgh in team history, and remains their most recent postseason triumph.

The Steelers had the ball 10:34 more than the Ravens, gaining 88 more yards than the visitors. However, Pittsburgh’s performance was flawed as they committed eight penalties for 114 yards, compared to Baltimore only getting flagged twice for 14 yards. In addition, the Ravens defense had a great night, sacking Ben Roethlisberger five times and forcing three turnovers.

Pittsburgh did score first, as they converted a 45-yard field goal late in the first quarter. But just a few minutes later, with 12:28 left in the second quarter, Bernard Pierce scored a 5-yard rushing touchdown to give the Ravens the lead.

In fact, after Pierce scored, the Ravens never trailed again. Joe Flacco was outstanding, notching his 7th-career playoff game in which he threw multiple touchdowns without throwing an interception. By comparison, Roethlisberger has only had three such performances despite playing in 17 career playoff games.

This Christmas, the Ravens will play the Steelers for the 46th time in their 21-year history. It’s certainly fun to look back at a win in Pittsburgh, especially since it came in the playoffs. But as we look forward to Sunday afternoon, none of that really matters.

History tells us this upcoming game will be extremely physical and extremely close. With a divisional title up for grabs, don’t expect anything less.