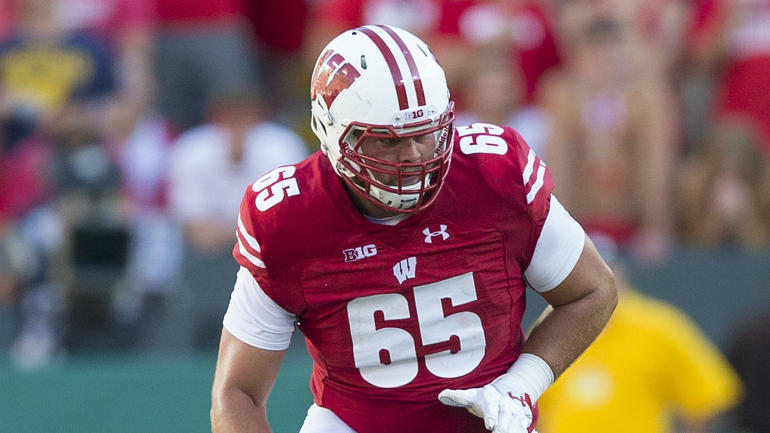 When March 9 rolls around and free agency begins, one of the biggest uncertainties in Baltimore will be whether or not starting right tackle Ricky Wagner will return to the Ravens.

As one of the NFL’s most promising young right tackles, the 27-year-old Wagner is entering his prime, and is sure to earn a favorable long-term contract. Given Baltimore’s spending history (or lack thereof) in free agency, should Wagner earn offers anywhere in the $7-8 million/year range, it is difficult to see the Ravens front office raising the ante in an attempt to keep Wagner in town.

To be clear, Wagner is surely deserving of a new, lucrative deal, and it is logical to think that the Ravens staff feels the same way. But Wagner may simply earn too much more elsewhere, ultimately leading to his departure despite a general consensus that he would be welcomed back at the right price.

If Wagner walks, who replaces him?

Aside from an affordable “prove it” deal from a veteran yet to hit the market, the most logical route for the Ravens is to continue the youth movement on the offensive line and find Wagner’s replacement in April’s NFL Draft.

Where better to look than Wagner’s alma mater, Wisconsin?

One of the draft’s premier offensive tackle prospects is Wisconsin’s Ryan Ramczyk, an athletic left tackle who projects on either side of the line in the NFL.

The All-American and All-Big Ten blocker established himself in 2016 as one of the country’s most complete and diverse offensive linemen.

Holding the 16th overall pick in this year’s first round, the Ravens figure to be in the range of Ramczyk in terms of a realistic draft projection. Granted, this year’s offensive tackle class lacks any can’t-miss prospects, but does have a slew of very good ones. This could propel Ramczyk’s draft status out of need, but for the time being, he looks like a realistic option at 16.

Should he ultimately be Wagner’s replacement, Ramczyk would be expected to start in Week 1 of the 2017 season.

Let’s take a look at why Ramczyk is complete enough as an offensive tackle to warrant a starting role as a rookie.

As a run blocker, which was a focus for Ramczyk in Wisconsin’s run-heavy offense, the 6’6 tackle displayed brute strength and effortless movement to seal off run lanes.

In the play above, Ramczyk (left tackle, #65) quickly grabs hold of the defender and turns him away from the play before the running back approaches the run lane. What stands out is how smooth Ramczyk is out of his stance and his subsequent dominance of strength on the defender.

Baltimore’s run offense was lackluster in 2016 for various reasons, and adding another road grader to the starting unit like Ramczyk could greatly improve the rushing offense.

Likewise, as a pass blocker Ramczyk is consistent in the sense that his footwork is clean off the snap and he stays composed throughout the play.

While athletic for his size, Ramczyk cannot consistently beat quicker pass rushers with his speed alone. What he does to stay on top of the competition is he gets the leg up with placement and form.

Beating the defender to the pass-rush lane allows Ramczyk to gain positioning and fend off the edge rush. One way that Wagner would be missed in 2017 should he depart will be in pass protection, where he was as consistent as any Raven.

The last aspect that stands out in regards to Ramczyk’s game is his ability to reach the second level and take on linebackers as a run blocker.

Given the tendency of the Ravens offense to utilize zone blocking on run plays, having an offensive tackle who is athletic enough to block at both the first and second level gives the team more flexibility with run plays.

As a whole, Ramczyk is arguably the most complete offensive tackle in this year’s draft class, thus making him the most ideal replacement for potentially soon-to-be ex-Raven Wagner.

The middle of the first round is a realistic range for Ramczyk in this year’s draft, and should the Ravens still have a void at right tackle come draft day, it would not be a surprise to see them target the former Badger.