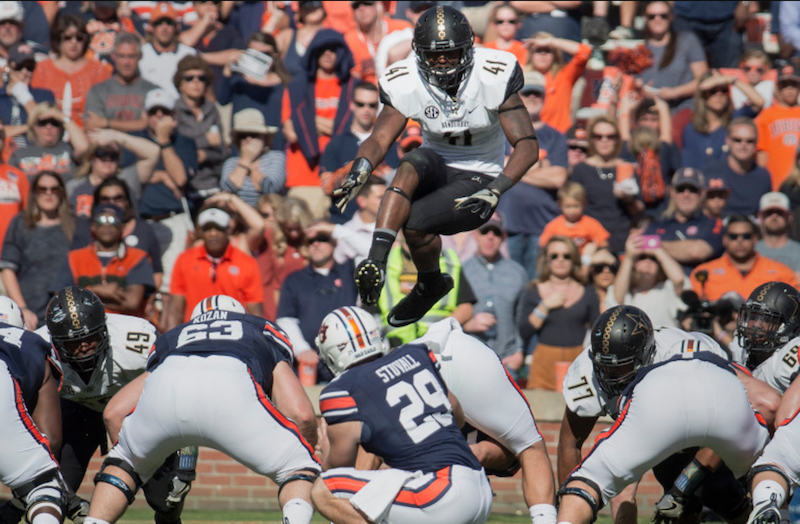 One of the seemingly forgotten aspects of the Baltimore Ravens offseason has been the necessity to replace now-retired Zachary Orr on defense.

After the sudden retirement of Orr, one the NFL’s most promising young inside linebackers, the Ravens are tasked with finding a starting-caliber player to operate alongside C.J. Mosley. Right now, that player is likely not on the roster.

Albert McClellan could start if needed, but that is far from ideal, and second-year linebacker Kamalei Correa offers more value on the edge than inside. Outside of that, the options are thin.

Perhaps a Daryl Smith-type signing is on the horizon as a short-term backfill, or next month’s NFL Draft will offer the solution.

None of the three are of the caliber of, say, Mosley, Dont’a Hightower or Luke Kuechly among linebacker prospects in recent years, but all three figure to be notable NFL starters nonetheless.

Realistically any of the three could fill Orr’s void, but one who stands out as a needed addition to the defense is Cunningham.

An All-American in 2016, Cunningham burst onto the scene with 16.5 tackles for loss during his junior season. He established himself as the leader of the Vanderbilt defense, and was arguably the most athletic linebacker in the SEC.

Let’s take a look at how Cunningham would an asset in defensive coordinator Dean Pees’ defense.

Much like Mosley, Cunningham stands out in regards to his pre-snap anticipation.

Based upon his pre-snap reads, Cunningham places himself in position to make a play well before the ball carrier picks up any meaningful acceleration.

Cunningham’s reaction and closing speed spotlights his athleticism, as does his ability to cover in the flat.

With Cunningham’s speed, reacting and then sealing off in coverage is never too difficult. He sniffs out plays as they develop and produces with coinciding coverage.

Where Cunningham may be a turnoff as a prospect is his rather lengthy (6’3) but lean (234 pounds) build. Being a true “thumper” in the middle of a defense typically is not a role for a player of Cunningham’s dimensions, however he has no issue engaging and then shedding a block to make a play.

Cunningham is far from ideal in terms of physical makeup for a 3-4 inside linebacker, however his play contradicts any preconceived notions regarding his size.

His lean frame also allows him to be quicker on his feet and be a true sideline-to-sideline type of linebacker.

It is not a matter of if, but when the Ravens will address the non existent depth at inside linebacker during the draft. Cunningham’s draft status seems to be anywhere from mid-to-late first round, thus making him a potential option for the Ravens early in the draft.

With his athleticism, instincts and room for growth, Cunningham would help ease the early loss of Orr.