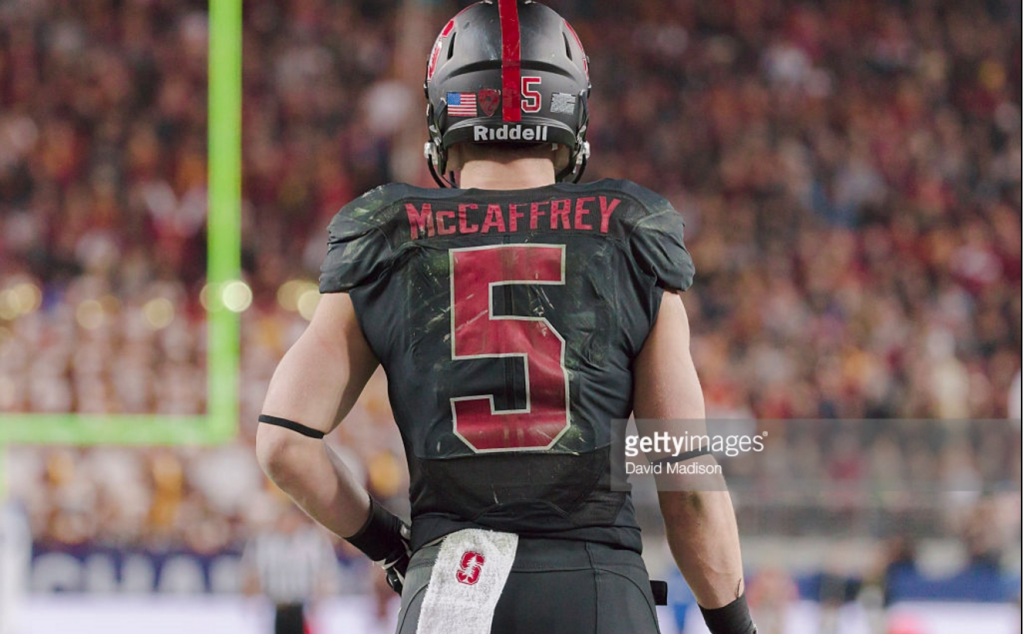 It’s that time of year when football fans get to toss out opinions as to who their team should draft. I’m certainly no different in that regard, but of course I’ll nail it this year, unlike last year.

Twelve months ago, I had Joey Bosa being selected #6 by the Ravens, but unfortunately the San Diego (now L.A.) Chargers threw a big fat monkey wrench into that best laid draft prediction. I had the right guy when many thought he was overrated – so overrated that he won Defensive Rookie of The Year.

How good would Bosa have looked in purple and black?

Simply put, the Ravens need a playmaker and they need one now! As I look up and down the team’s roster, I’m seriously hard-pressed to find a “playmaker”. I’m not seeing one on the offensive side of the ball and on defense, there’s one in the making, Tavon Young. That’s it folks! There’s your list of playmakers currently on the Ravens roster.

During the State of the Ravens press conference back in January, the ever-optimistic John Harbaugh said, “Yes, we have playmakers and yes, we need playmakers”.

I couldn’t agree more with the latter half of that statement.

Sadly, I couldn’t disagree more with the former. And this is why the Ravens should and will draft a bonafide playmaker – and his name is Christian McCaffrey. He’s a record setting collegiate running back, a great receiver out of the back field and from the slot, and a home run threat as a punt returner. I don’t know about you, but that sure sounds like a freaking playmaker to me.

The first round will not only offer the Ravens the opportunity to stick with their mantra of Best Player Available (“BPA”), it will also redefine BPA to mean Best “Playmaker” Available.

Christian McCaffrey is the pick hands down, and I just don’t see any of the other guys mocked at #16 to make his type of impact. Most would argue that either Mike Williams, Corey Davis or John Ross is the way to go and understandably so. We have (myself included) been searching for that elusive #1 WR since, oh I don’t know, 1996 I believe. My question to you is, “Do we really need that stud WR we’ve been longing for?” Larry Fitzgerald, Calvin Johnson, Randy Moss, Dez Bryant, Julio Jones and our own Steve Smith, Sr. all have two things in common:

I’m of the mindset that defense, coupled with a solid running game, wins championships, and for proof, look no further than the most recent Super Bowl champs. Sure, everyone points to Tom Brady as the reason for last season’s success but make no mistake about it, that New England defense was legit. So legit in fact, that they finished the 2016 season as the top ranked defense in the NFL. They also put the clamps on the high-powered offense of the Falcons in the second half of the Super Bowl to pave the way for Brady’s historic, albeit depressing comeback.

I understand completely that most would be shocked by the Ravens selecting McCaffrey. But count me among those who would be ecstatic, not shocked. He’s a playmaker who fills several needs. The Ravens need a slot receiver and if you’re thinking Campanaro is the guy, I’ve got a bridge for sale.

As much as I like Campanaro, who among you is ready to wager that he makes it out of training camp as a healthy member of the team’s 53-man roster? Chris Moore is in position to take over the slot this year, but could easily be moved to the outside in 2018 when the Ravens ultimately part ways with Mike Wallace.

Danny Woodhead = one year rental, way past his prime.

Looking at it this way, wouldn’t you agree that running back is a clear-cut need?

As it stands today, Lardarius Webb and Campanaro would be the two handling punt return duties. Webb is your “hands guy” – the player you want to field punts deep in your own territory, late in a game. For all other punt return opportunities when a playmaker is in order, is Special Teams Coordinator Jerry Rosburg really going to count on Campanaro as the main returner?

Still not convinced about McCaffrey? Then consider this:

To sum up this comparison McCaffrey is Welker, Amendola and Edelman all-in-one, but a little bit bigger, a little bit faster, and oh by the way, he can play running back too.

That’s a playmaker, ladies and gentlemen.

Got get this guy Ozzie!

If Stanford RB Christian McCaffrey is available when the Ravens are on the clock at No. 16 what should Ozzie Newsome do?