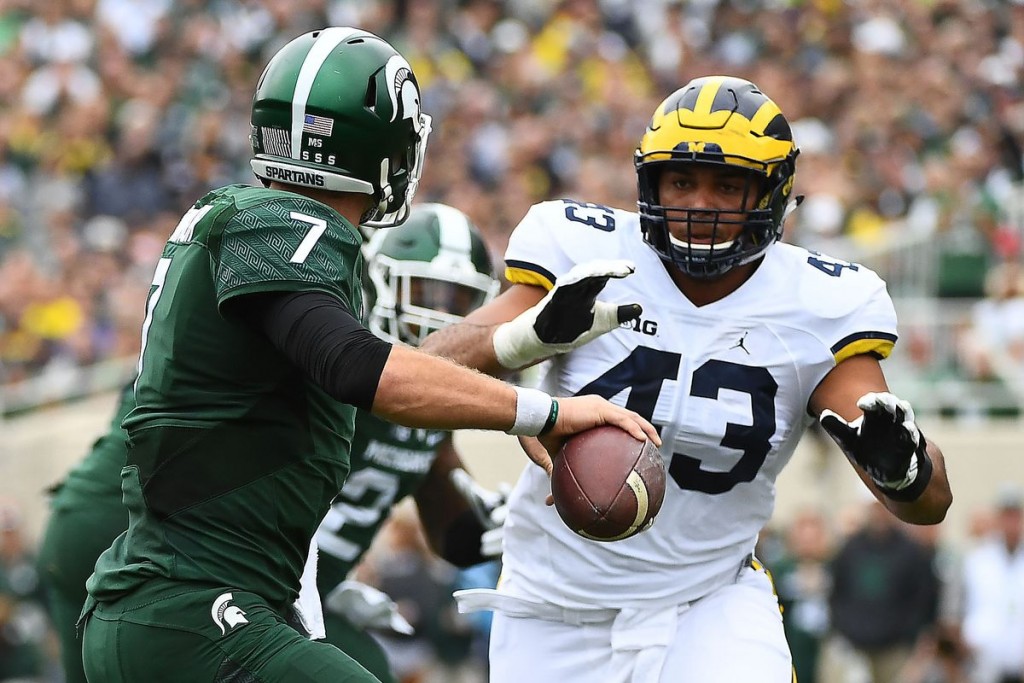 If Ravens fans were sure the organization would hit the second and third rounds hard in search of offensive players, they couldn’t have been more wrong.

Instead, Ozzie and company doubled down with their second and third round selections on defensive players, yet again.

“We began the day still thinking about how we can get our team stronger,” Newsome boldly stated following the end of day two. “With that, we took [Tyus] Bowser, a guy that can set the edge and can rush the passer from the University of Houston.

“Then we came back and picked Chris Wormley – a five-technique [defensive end] that will fit right in with our young core defensive linemen,” Newsome continued. “With the last pick we had in the third round, we took another pass rusher in Tim Williams from Alabama.

“As I talked about with Marlon [Humphrey], we are just trying to get very, very strong on defense with the opportunity that was presented to us in the first three rounds, and we took advantage of it.”

Outside linebacker Tyus Bowser, the 47th overall pick, shocked some but the Ravens appeared very high on the Houston Cougar player. Bowser played just eight games last season due to broken orbital bone and managed to record 8.5 sacks in 2016 in limited action.

Bowser also provides the Ravens with a solid coverage linebacker.

“This guy’s motor is hot,” head coach John Harbaugh noted. “He flies around.

“He gets after the quarterback, he runs to the ball, and he chases stuff down,” added Harbs. “He was a versatile player; that was the other thing we liked about him.

“The fact that he connected with our coaching staff and he felt like this was a good fit for him, I guess that is maybe a credit to … Obviously, he is a fit for us, too, and he fits our defense.”

After securing a needed pass rusher and coverage linebacker, the Ravens weren’t done yet adding to their 2017 draft class. With picks flying off the board, Newsome and company opted for Michigan defensive end Chris Wormley, who has a history with Harbaugh’s brother Jim, and came highly recommended.

“But, he is also a guy that can stay on the field when we have to go into our sub package, because he can play down inside and give us some pass rush.”

While not the sexiest move with the 74th overall pick, replacing Lawrence Guy isn’t such a bad thing to do along the defensive front. 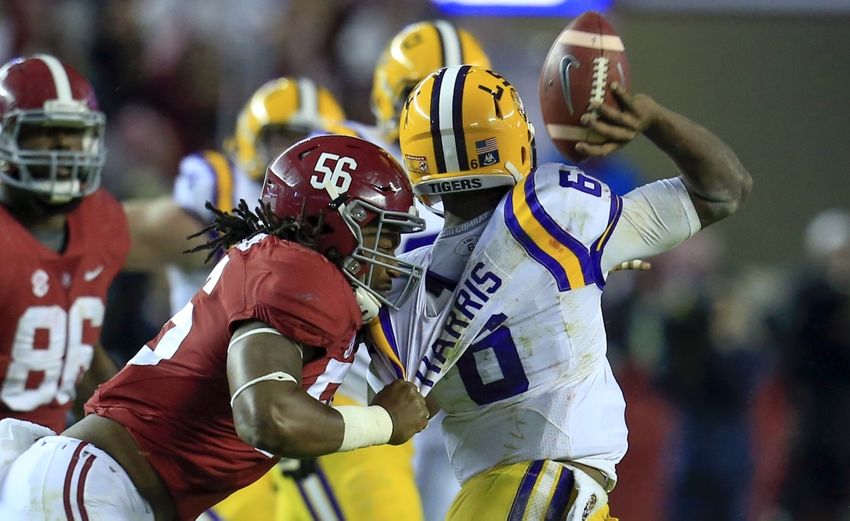 “I think every year a good football player just drops for whatever reason,” remarked assistant general manager Eric DeCosta. “He is a guy that we have seen a lot.

“We know a lot about him. He did visit; he spent the day with us in Baltimore. We had the chance to meet with him at the Combine. We have seen him play many, many times,” DeCosta continued.

“He is a tenacious guy – outstanding motor, outstanding physical skills as a pass rusher. He really fits our defense. He is a really good scheme fit for us as a 3-4 outside linebacker. Those guys are tough to find. We think he is hungry, and we think he is passionate.

“We get good information about those guys down there [at Alabama]. We feel really good about him.”

While the offensive needs remain vast for the Ravens after all the offseason talk about helping out quarterback Joe Flacco, the front office made a bold statement on Friday evening by getting younger and faster on defense and coveting a pass rusher at all costs.

Newsome, in fact continued to assure those wondering about the offense that many moves will be made before the team kicks off against the Bengals in week one. Perhaps it’s smoke and mirrors. Perhaps it’s not. We will see in due time.