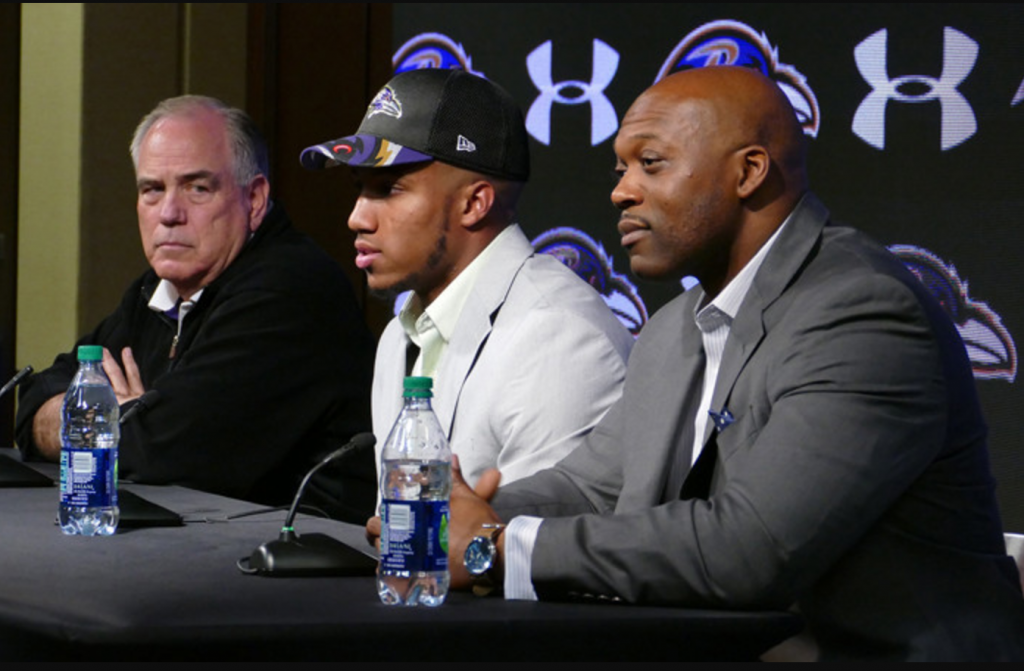 Not only did it shock many that cornerback Marlon Humphrey ended up as a Raven with the 16th pick on Thursday night, it came as a shock to the former Alabama standout as well.

In a conference call with Humphery following his selection, the cornerback admitted that he knew little of the interest the Ravens had in him.

“I did not think I had a chance of going to the Ravens at that point,” stated the Crimson Tider. “To be honest, I wasn’t even really paying attention to who was on the screen, really.

“That’s just how surprised I was when my name got called.”

In fact, Humphrey never even had a pre-draft visit with the team.

“I didn’t come to Baltimore on a pre-draft visit,” responded Humphrey. “No, sir.”

The lanky corner though did acknowledge that he did have a meeting with Ravens scouts and Ozzie Newsome though but was tough to gauge their interest in the young product at the time.

“I had a meeting with them, but that’s about it,” he responded. “I felt every team had some interest in me.

“When I was sitting in front of them, I felt like they had some interest in me.”

Not only did the Ravens have interest in him, he was high on their radar throughout the entire draft process. After all, Ozzie is very familiar with the happenings of the Alabama collegiate program, his Alma Mater.

Alabama has long been known for producing quality NFL talent. Their schemes are similar to those used around the league and the players are deemed by many as pro ready, thanks in part to coach Nick Saban.

When asked about what makes him NFL ready Humphrey said, “I think my confidence. My ability to forget the last play and move on to the next.

“I think that is one of the biggest qualities a DB has to have – he has to forget one play and move on to the next. I think my toughness, that coach [Nick] Saban kind of drills in you.

“I think forgetting that last play and going onto the next play, because every play has a life of its own.”

Humphrey found himself in a unique spot on draft day with as many as four Alabama prospects being possible first rounders, all expected to be taken earlier than him.

“Maybe. After I saw Deshaun Watson [selected] as the third quarterback it really surprised me, so it kind of threw off the way I thought the draft would go,” Humphrey said seeing his ‘Bama teammates all still available mid way through the first round. “I didn’t know where I would be picked, or if I would be picked.

“So, when Baltimore called me that’s why I was so surprised also.”

It’s safe to say he was not the only one who was surprised, but his ability is a welcomed commodity in a secondary that struggled regularly in 2016.