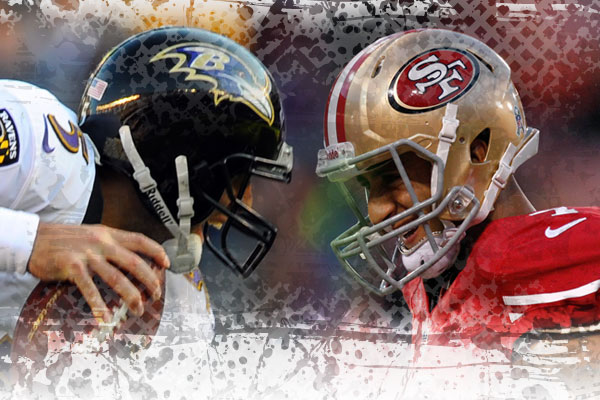 Let’s face it. Training camp just began today and the Ravens already look like a hot mess! Let’s start with the man at the controls of the team’s offense, Joe Flacco.

It appears that Flacco tweaked his back, lifting weights at home in New Jersey. Many of you have been there before. You get a spasm and you think it’s gone but then it reminds you that it hasn’t. A little rest, a little ice, a little walking, maybe a trip to your favorite chiropractor and you’re back in business.

But for now, we’ll take John Harbaugh words at face value and assume that Flacco will be fine after a week’s rest, although I must admit the reports on Breshad Perriman’s bruised knee in 2015 color me a bit jaded. But that aside, when you’re the franchise quarterback, it’s your responsibility to check in with the team doctors immediately following the subject tweak, don’t you think?

Steve Saunders is the Ravens Director of Performance. In other words, he’s in charge of the team’s strength and conditioning program. The cool title aside, this is Saunders’ first season in such an important role and so far, his program has taken off like a lead zeppelin. And if it keeps on raining (injuries) out there in Owings Mills, the levee’s gonna break!

As RSR cap expert Brian McFarland has pointed out before, the Ravens are really bumping up against the cap. Prior to the signing of Bobby Rainey, Ozzie Newsome had approximately $845,000 of cap space to work with, if the season started today. Now they need another “arm” for practice. But what if they need more than just an arm?

If Flacco’s injury is more serious than the Ravens are letting on, they will need a capable backup to Ryan Mallett. Actually, after today’s practice, one might argue that they need “a” capable backup even when Flacco returns.

Behind Mallett is the great Dustin Vaughn who had a cup of coffee with the Cowboys in 2014 but has never taken an NFL snap, so he hardly qualifies as “capable”. So, given his availability and his connections to Ravens Senior Offensive Assistant, Greg Roman and the Harbaugh family, the name of Colin Kaepernick has surfaced as a possible addition to the Ravens roster.

Today when asked about Kaepernick, John Harbaugh did very little to quiet the rumors. If anything, he fueled them a bit.

“I’ve known Colin really through my brother for many years and we’ve talked. I got to know him really well when they scrimmaged here [during the summer of 2014].

“He and I have been talking throughout the summer, a number of times. We’ve had some great conversations on the phone. It’s really been a pleasure to talk to him and get to know him. I like history and politics and stuff, too, and we’ve had some debates. It’s been fun. He’s a great guy. He’s a guy right now that’s being talked about and we’ll just see what happens with that.”

On the field for the Ravens, assuming he’s needed, Kaepernick could work, particularly if Roman has a guiding hand. But is the juice worth the squeeze? Has the league caught up to Kaepernick? Evidence suggests it has and if that’s true, is he worth the public backlash that could hurt the Ravens at the gate? We’ve already seen how attendance has fallen off and visiting fans are more abundant than ever.

Political and social issues aside, you can’t remove the fan angst. Right or wrong, fans have a choice and adding Kaepernick would more than likely exacerbate the problems at M&T and increase the number of empty purple seats while rolling out the red carpet for visiting fans. For a team that has a relatively small geographical footprint, business could suffer.

What would be your immediate reaction if the Ravens did as Herm Edwards suggested and sign Colin Kaepernick?

The Ravens have made it clear that they will commit to establishing the run in 2017. And without Kenneth Dixon, don’t be surprised if Danny Woodhead gets more carries than originally expected. There doesn’t seem to be a lot of confidence within the organization in Buck Allen or Lorenzo Taliaferro.

But herein lies the rub…

During his career, the heaviest workload that Woodhead has handled was 106 carries back in 2013. That’s just shy of 7 carries per game. Not to mention that the 32-year-old tailback is coming off a torn ACL. Over the course of his last four seasons with the Chargers, Woodhead has carried 238 times for 919 yards – 3.9 yards per carry. He did however score 18 touchdowns for the Bolts, but 13 of those were receiving scores.

Maybe the No. 2 back isn’t on the roster yet?

We go from Woodhead to Whitehead…

The Cowboys of all teams, recently tried to recalibrate their moral compass when they jettisoned (not so) Lucky Whitehead from their roster. Whitehead was charged with petit larceny in Virginia and Jerry Jones decided to make him a sacrificial lamb despite Whitehead’s agent’s claim that the receiver/return specialist was a victim of mistaken identity. Jones wasn’t buying.
As it turned out, Whitehead was unjustly accused and then excused from the charges.

But Lucky’s luck eventually changed and he was recently signed off waivers by the New York Jets. One other team also put a waiver claim in for Whitehead. The. Baltimore. Ravens.

If the Ravens had landed Whitehead, they more than likely would’ve said that they’re just trying to improve the level of competition during camp, and if they had, I wouldn’t buy it. Take it for what it is – a very clear signal that both Keenan Reynolds and Michael Campanaro are on thin ice.

Source: besides the Jets, only one other team put a waiver claim in on Lucky Whitehead – the Ravens.

John Urschel surprised the team today when he informed John Harbaugh that he is retiring. Many have questioned the timing of the announcement, wondering if there was some financial gain to be had for Urschel by waiting. There is none!

Urschel has been in the Ravens facility working out during the offseason, diligently practicing his shotgun snaps, per Harbaugh. The guess here is given his high intellect and bright future as possible mathematician or high-level scholar, that the recent CTE findings related to playing football, probably made the decision to retire for the former Nittany Lion.

And really, who could blame him?

You really have to wonder how such findings will impact the quality of future play in the NFL.

The best athletes will be playing other sports, if they aren’t already.

In a study of 111 brains of NFL players, 110 had CTE, the degenerative disease caused by repeated blows to the head https://t.co/fbNS53VRMe pic.twitter.com/pG3fPF11ct