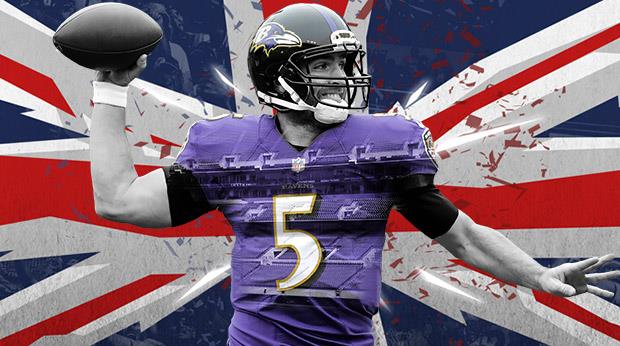 Why the UK Loves The Ravens

Remember the photos of Joe Flacco, after Super Bowl XLVII, holding the trophy above his head for cheering fans to see? Those pictures wouldn’t have been the same without London’s Wembley Stadium, where the Ravens will take on the Jacksonville Jaguars in a few weeks’ time.

The NFL first played at Wembley in 1983 and, for a while, played annual pre-season games there. My first was in 1988 when, as a 14-year-old, I watched Dan Marino’s Dolphins narrowly beat Joe Montana’s 49ers. I was an NFL fan already but seeing my first real-life game got me hooked.

I bought a Marino jersey – one of those 80s ones that were seemingly made of hair and broken glass. It was like wearing a bright green cheese grater, but I loved it. In a city of soccer fans, it marked me out as one of the knowing few who loved this loud, colorful American sport.

I’d probably still be a Dolphins fan today but for a trip to Baltimore in 2000. It was my first Thanksgiving with my girlfriend, now my wife, and her family. I really wanted to see a regular season NFL game so we headed to Baltimore where I saw a defense that left me awestruck. 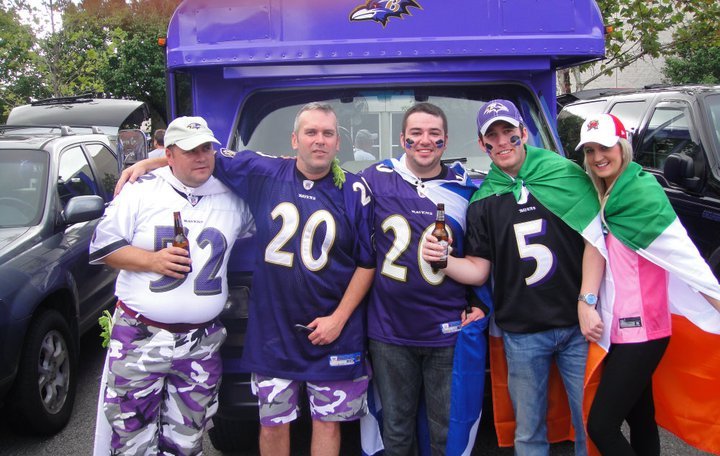 Without local ties, British NFL fans come to their teams in interesting ways. My website, Ravens Flock UK, collects those stories that only European fans can tell – how we became Ravens; those long, long trips to see a game in the US; the late nights (or early mornings) that some kickoff times put us through.

One fan chose the Ravens because of Madden – Tony Jefferson-style. Another became friends with some people from Montgomery County, Maryland. A third was inspired by meeting a former Baltimore Colt in a bar. Others, like me, married someone with family in Maryland. We’re collecting stories all the time so if you’re in the UK then please share yours.

Incredibly, the Ravens lifted the Super Bowl trophy a few weeks after my first game. I was thrilled but didn’t feel like I could truly celebrate, having so recently adopted the team. I had to wait until Joe Flacco lifted the trophy a dozen years later to really feel like I’d earned my celebrations.

Which brings me back to Wembley. 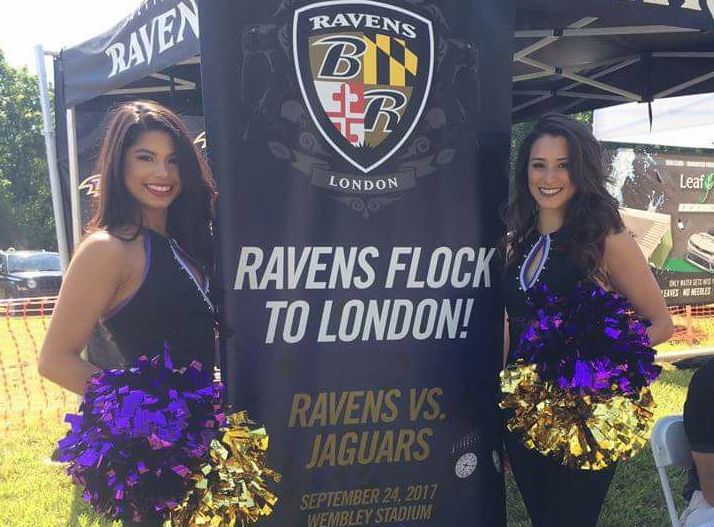 By the early 90s, British fans wanted more than just pre-season games so the NFL created the World League of American Football. A spring league with a smattering of teams in Europe and a handful in the US.

That first season, our London Monarchs faced the Barcelona Dragons in the first World Bowl, in June 1991 at Wembley Stadium. I was there, wearing my Stan Gelbaugh #10 jersey – that too was made of hair and broken glass, but I was too excited to care. In a moment of nostalgia, I wore it to a Wembley NFL game last year.

At a British soccer final, the winners receive the trophy in the stadium and party with the crowd on a long, slow lap of honor. When the Monarchs won the World Bowl, 21-0, the celebrations were no different. The reaction of the crowd and players opened the eyes of the NFL, which until then had been presenting Super Bowl trophies behind closed doors, in the winning locker room.