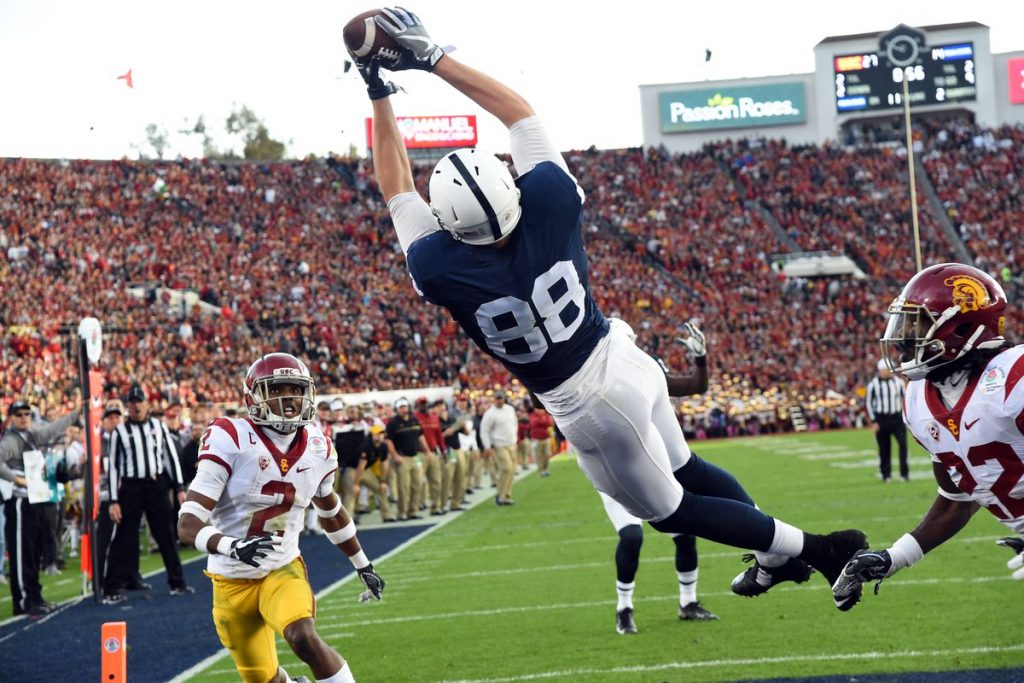 The Senior Bowl is the un-official kick-off for the NFL Draft season with rosters being announced this past Thursday. This is the first of many showcases for NFL draft hopefuls.

Not many teams take advantage of the Senior Bowl quiet like the Baltimore Ravens who since 2010 have drafted 31 Senior Bowl participants such as Joe Flacco, Brandon Williams, Kelechi Osemele, Ricky Wagner, and Tavon Young. Last year’s draft class included three more in Chris Wormley, Tyus Bowser, and Nico Siragusa.  So it’s almost certain that at least one pick will come from this game. Here is a list of some of the players the Ravens will be linked to.

Mike Gesicki TE Penn St: Gesicki is a big TE (6’6” 252lbs) who will be a match-up nightmare in the NFL. Finishing his career with 129 receptions for 1481 yards and 15 TD’s, he was a focal point of the Penn State offense lining up on the outside as well as running down the seam. His size will allow him to over match slot CB’s and his speed will allow him to blow past LB’s. Projection: Round 2

Brian O’Neill OT Pitt: His name may sound familiar, as Mel Kiper listed him as the Ravens pick in his first (of many) mock draft. While he may not be the sexy pick, O’Neill does make sense, as he can play both left and right tackle. Drafting him would allow the Ravens to move on from Austin Howard, and continue to get younger and more athletic along the offensive front. Projection: Round late 1 to 2

Allen Lazard WR Iowa St: Lazard who is listed at 6’5” has the size to be a dominate outside WR. Playing at Iowa St he faced stiff competition in the Big 12, without much help around him and put up big numbers. Finishing with over 3,300 yards and 26 TD’s, Lazard would be a big target for Joe Flacco on the outside and someone who can make plays across the middle. With his size, he would not be intimated by bigger CB’s and could win one on ones and jump balls. Projection: Round 3-4

Harold Landry DE/OLB Boston College: Landry, who if he had come out after his junior year would have been a first round pick, decided to stay in school and refine his tools. A speed rusher off the edge, he projects to be a better fit as a 3-4 DE or an OLB. With new DC Don Martindale saying he wants to play more aggressive this year, teaming Landry with Suggs and Judon could provide an over whelming pass rush. Projection: Round 1-2

Braxton Berrios WR Miami: Berrios checks two boxes for the Ravens. First, he is a shifty, sure-handed slot receiver who can get open and create yards after the catch. He is also capable of returning punts and kick-offs. Essentially he is everything that Michael Campanaro was supposed to be and allows the Ravens to move on from that experiment. Projection: Round 6-7

Rashaad Penny RB San Diego St: Penny, a former college teammate of current Raven Nico Siragusa, had an outstanding senior season. Averaging 7.8 yards per carry, Penny racked up 2,248 yards and 23 TD’s on the ground, breaking numerous SDSU records. He would provide the Ravens a dynamic, play making speed back who is capable of breaking off multiple big runs a game. Penny and Collins would be a nice 1-2 punch. Projection: Round 2 to 3

Dallas Goedert TE South Dakota St: Goedert is from an FCS school and the Ravens have had success with smaller school products such Brandon Williams and Lardarius Webb. Goedert has had some of his best games against North Dakota State, which is the standard for FCS. According to a few CFL betting sites, in his last three games against the Bison, Goedert totaled 24 catches for 321 yards and 2 TD’s, going for over 100 yards in two of those games. Goedert, similar to Gesicki, is a big TE who can make plays all over the field and would be the first TE to be a threat in the passing game since Dennis Pitta. Projection: Round 2

Micah Kiser ILB University of Virginia: Kiser, a Gilman grad, was a tackling machine while at UVA finishing with 411 career tackles. He is only the second ACC player to lead his team in tackles three straight years. The first? Luke Kuechly. Kiser would help solidify the middle of the defense. Projection: Round 2 to 3 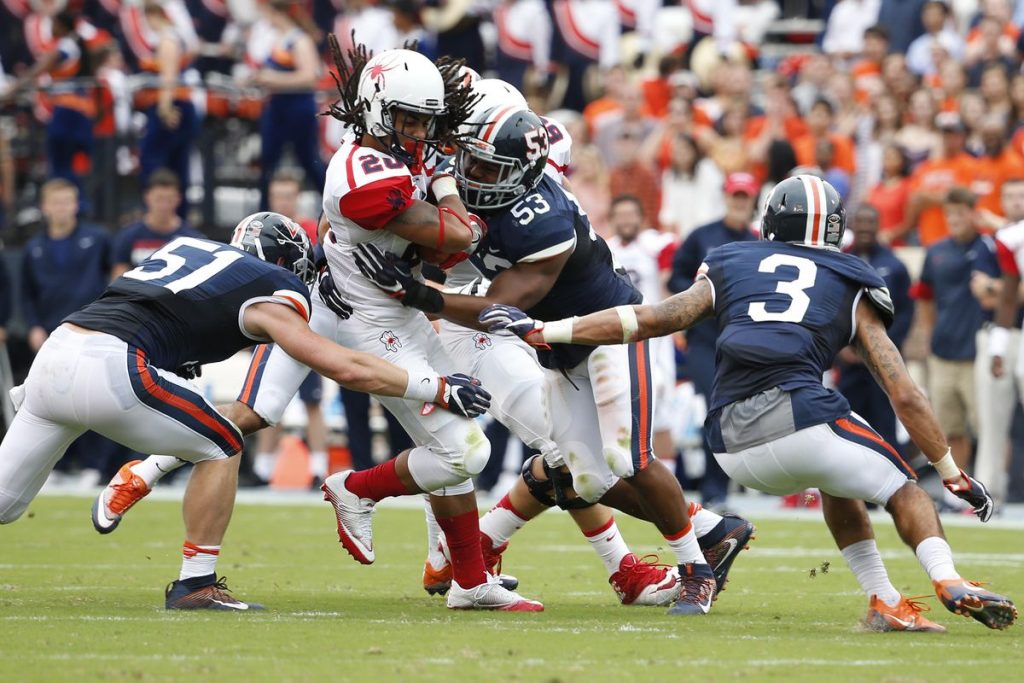 James Washington WR Oklahoma St: Washington will remind many of Breshad Perriman coming out of college as he is known as a fast wide receiver who can blow past defensive backs. But, Washington had a stellar career in Stillwater, posting three straight years of 1,000 or more yards and 10 or more TD’s. Some pundits have questioned if Washington is a one trick pony, leading many to believe he will slide in the draft. If he is sitting there in the late third round, where the Ravens are projected to have a comp pick, his talent maybe too much to pass up. Projection: Round 2-4

Dorian O’Daniel ILB Clemson: The question surrounding O’Daniel is weather he is just a product of playing at Clemson. No matter the case, it would be worth it for the Ravens to delve more into O’Daniel. Taking over as a starter in his senior year, he finished with 88 tackles, including 11.5 for loss and five sacks. Not to mention, he did a great job covering RB’s out of the backfield and TE’s, something that no Ravens ILB has been able to do in recent memory. He would be a nice complement to Mosley. Projection: Round 3-4