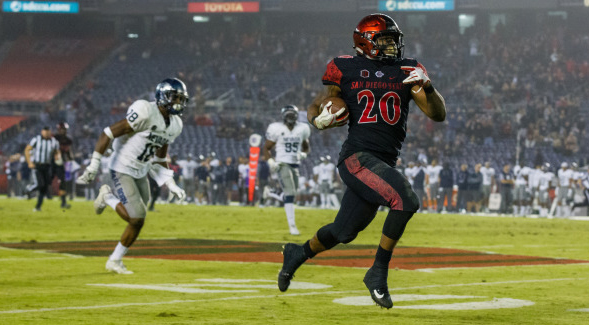 Last week RSR’s Tony Lombardi wrote about the challenges ahead for the Ravens in 2018. In the article, Tony laid out a 10-point checklist as to what they should do this offseason that could significantly help them going forward.

After reading the checklist, my initial thought was that most of these items can be addressed via the draft. In all honesty, that maybe the route the Ravens have to go. In fairness, the Ravens are still a week away from the start of the league year and there will be cuts made and contracts restructured to create more cap space. But until those moves happens, we as fans, would have to assume, the best way for the Ravens to fill the holes that litter their roster, is through the draft.

[Related Article: The Challenges Ahead for The Ravens]

So here is my take on how these issues can be addressed in the draft. (Please note, because this is related to the draft, I will not comment on retaining Austin Howard, re-signing Mike Wallace, and how to fit an offensive game plan around Joe Flacco).

1. Secure dependable playmakers at both wide receiver and tight end.

When it comes to wide receivers and tight ends, this draft is not star-studded like in years past. But, this draft does serve up depth at both of these positions. Considering the position of WR, there are only two that could be first round picks – Calvin Ridley and D.J. Moore. At tight end there is maybe, maybe one player worthy of a first-round pick – Dallas Godert.

That is not a bad thing by any stretch. Look at the 2017 draft, three WRs were selected in the first round (Corey Davis, Mike Williams, and John Ross) and none of them came close to the production of Cooper Kupp and JuJu Smith-Schuster. So when you hear the Ravens linked to Day 2 receivers such as Michael Gallup, Anthony Miller, Dante Pettis, Christian Kirk, Courtland Sutton, and James Washington, don’t be upset. The same goes for TE. Mike Gesicki, Hayden Hurst, Mark Andrews, Troy Fumagalli, Adam Breneman, and Jordan Akins are all great Day 2 or 3 picks who can help right away. 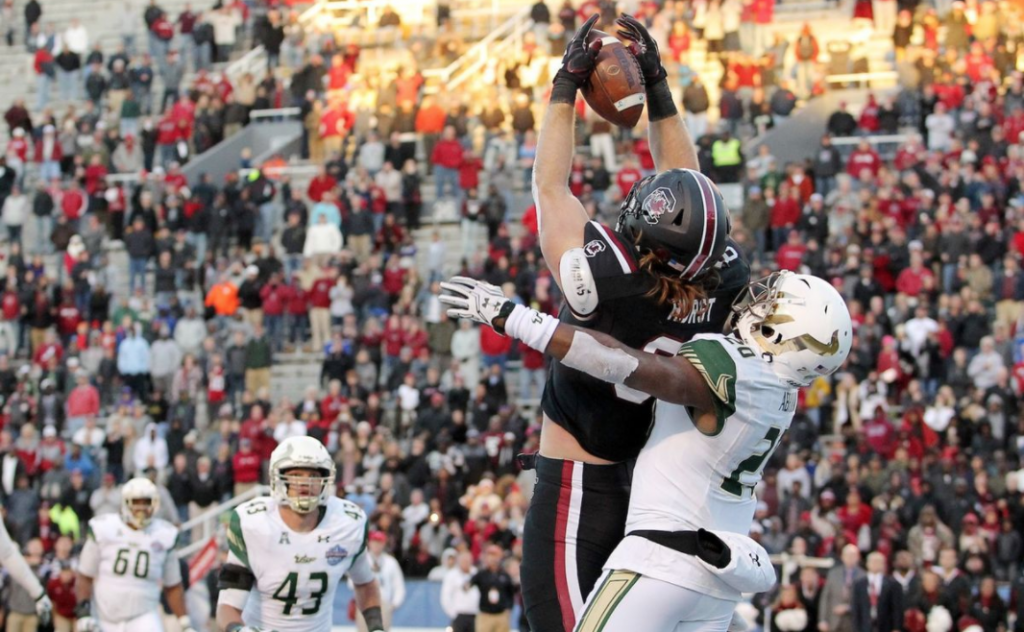 2. Add a tailback who can hit the home run and threaten as a receiver and return specialist.

Yes, Saquon Barkley is the cream of the crop and the Ravens have no chance to get him. But this is another deep position in the draft. Names like Ronald Jones, Rashaad Penny, Derrice Guice, Royce Freeman, Kerryon Johnson, Nick Chubb, and Sony Michel will most likely all still be available when Day 2 starts. Penny is my favorite as he has a chance to score every time he touches the ball and can be a returner. Kalen Ballage is another name to watch. He had a big week at the Senior Bowl and has freakish skills which could shoot him up draft boards.

3. Find Ryan Jensen‘s replacement. That player is currently NOT on the roster.

If Ryan Jensen walks in free agency, which I believe he will, then the center position moves up on the list of needs. This draft does not have a ton of great centers, but there are two who are getting first round grades in Billy Price and James Daniels. Daniels played at Iowa which employs an NFL offensive scheme. Iowa Head Coach Kirk Ferentz labeled Daniels, the most NFL ready center he has ever coached. That is very high praise! Both players will be there at pick 16 for the Ravens, and while not sexy, they would be able to start Day One.

Two other guys who are plug and play players, Will Clapp of LSU and Frank Ragnow of Arkansas. Both were three-year starters in the SEC who combined to allow one sack and 19 pressures in their college careers. 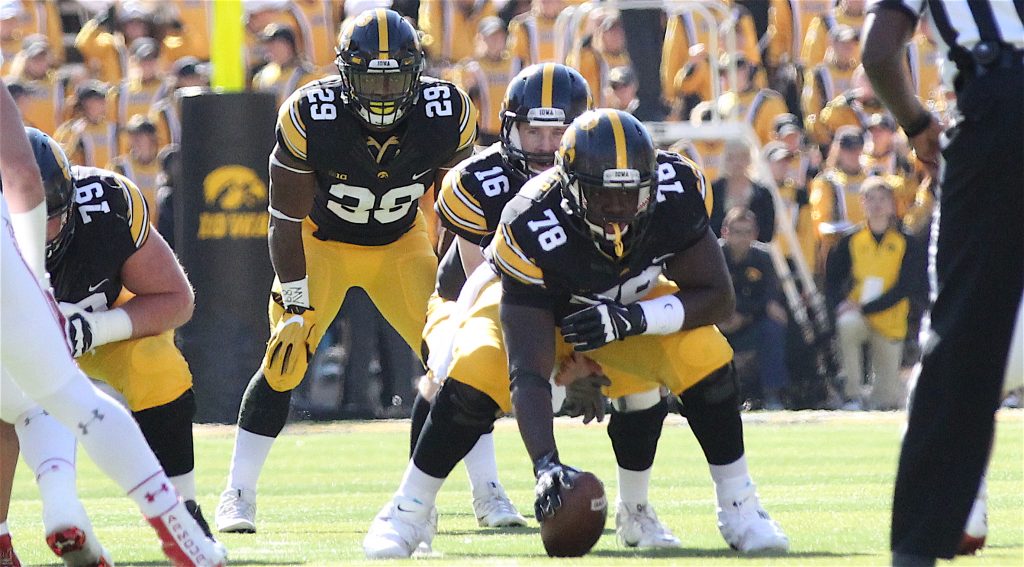 4. Find an ILB besides CJ Mosley who can cover.

Josey Jewell, Skai Moore, Micah Kizer, and Dorian O’Daniel are four guys who are more than capable of covering a running back out of the backfield or a tight end coming across the middle. With the exception of Jewell, the rest should still be on the board come Day 3 because there is the perception that all four are undersized for the NFL. Analysts once said the same about Ray Lewis and London Fletcher. While I am not comparing any of them to Lewis or Fletcher, the point is, sometimes you just need to trust the tape.

5. Draft a rangy centerfielder at safety who can support the defensive back end.

This is where it starts to get tough as this is not a great year for the defensive backs especially when it comes to rangy centerfielders. Derwin James is more of a box safety than centerfielder and could be there at 16. Minkah Fitzpatrick would be ideal but he will be long gone. If they do use the draft to get a centerfielder the best one is Damon Webb of Ohio State. OSU has become DBU recently and there is no reason to think Webb won’t continue that. Webb is fast enough to cover slot receivers and can change direction quickly enough to cover a lot of ground. Natrell Jamerson and Deshon Elliot are other names to remember.

While this will be an offensive draft for the Ravens, I still feel like if Denzel Ward or Josh Jackson are there in the first round, the Ravens should run to them. These are two guys who can start right away and you team them with Marlon Humphrey, you have your CB’s of the future, very similar to what they did with Duane Starks and Chris McAllister in the late 90’s. Plus this move would allow them to stop having to rely on the oft-injured Jimmy Smith every year. Options later in the draft include Carlton Davis of Auburn who allowed only 26 receptions last year; Levi Wallace of Alabama, who did not allow a TD in 68 targets against him; and Isaiah Oliver of Colorado who allowed just 66 receptions in three years. The Ravens have had recent success in drafting corners from Alabama and Colorado.

Sadly, unless the Ravens reach at 16 or trade down to late in the first, an interior rusher probably doesn’t exist this year. Maurice Hurst, Vita Vea, and Tayen Bryan are the best of the bunch but will most likely all be gone by the 16th pick.

8. Be bold. Attack. Start fast. Keep the pedal to the metal.

Why is this on my list? Because if the Ravens trade for Jarvis Landry or sign Allen Robinson, Sammy Watkins or whoever else, they should still consider drafting two or three WRs. Same goes if they sign Jimmy Graham. They still should take a TE in round two or three. The Ravens need to attack in free agency and keep their foot on the gas in the draft.