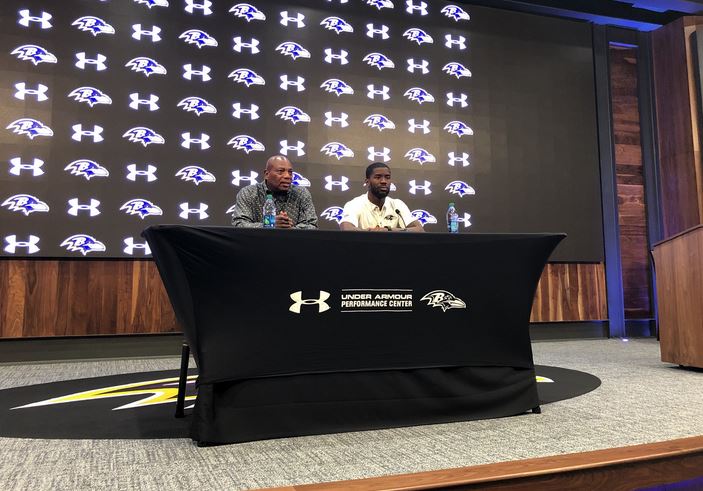 Ravens general manager Ozzie Newsome is not bothered by the outside noise.

He confirmed wide receiver Ryan Grant failed his physical amid wide speculation that the Ravens backed out of the deal in order to sign Michael Crabtree. Newsome dismissed that notion, and doesn’t care about that perception among the team’s critics.

“It would have been interesting if we were sitting here a year from now or two years from now, and those same people who scrutinized us for doing it, what they would have been thinking,” Newsome said at a press conference on Friday. “They’d probably be hiding in a hole somewhere.”

Newsome said the decision had nothing to do with the front office. He defended his track record with working with players.

“To me, that’s not a football decision,” Newsome said. “That’s a medical decision that I have no control over … I thought we have been very fair and I thought we’ve been more on the players’ side when it comes down to physicals.”

Newsome also confirmed the team has interest in bringing back Mike Wallace and Michael Campanaro, both of whom are unrestricted free agents.

A potential trio of John Brown, Crabtree and Wallace could at least strike some fear into opponents. All three can get downfield and are fearless catching the ball. Newsome is especially confident Brown can add another element to the offense. Brown has also embraced the opporunity to show he is an elite player.

“I wanted the one-year deal just because the last two years I was fighting through injuries and I didn’t produce how I was supposed to,” Brown said during his introductory press conference. “And I feel like a one-year deal where I can go somewhere where I feel at home and can play football and be happy again, I feel like this was the best fit for me.”

The panic among the Ravens fans is likely premature. Newsome confirmed the team created another salary cap space to sign an additional two or three playmakers, including a tight end.

Newsome outlined the Ravens’ strategy over the past three seasons: strengthen the defense, boost the running game and now develop an effective, downfield passing attack.

While some of the high-profile players, such as Jarvis Landry, Sammy Watkins and Allen Robinson, slipped through the Ravens’ grasp, Newsome is confident the team will find the right talent. Newsome is closely watching movement from other teams and what players could be further salary-cap casualties.

“We’ve made a living on what we would consider cap casualties,” Newsome said.