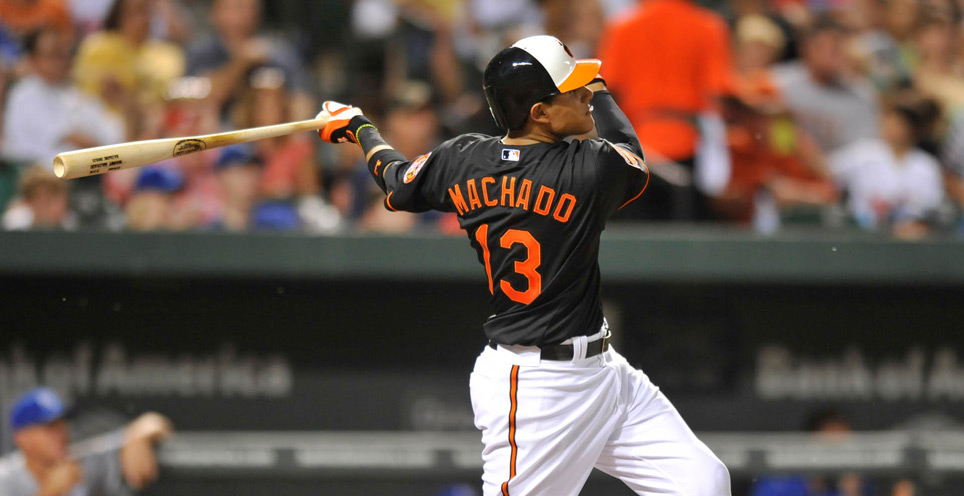 Once America’s pastime, baseball is now a distant second to the NFL. That said, there’s a tradition and a sense of history in baseball that football can’t yet match.

Perhaps it never will.

Baseball season also marks a time of year for new beginnings. We emerge from the doldrums of winter, new life abounds, hope springs eternal and expectations, along with the outdoor temperatures, rise.

Here come the boys of summer!

When I was a kid, a baseball, your glove and your bike were constant companions. Wherever you pedaled, baseball, in some shape or form was always there. Wall-ball, curb-ball, kick-ball and whiffle ball were as commonplace as the sunshine.

Baseball fields at neighborhood parks in those days were always populated and it seemed like a major coup when you and your friends could claim one that actually had a backstop.

Crushed soda cans were used for bases and if you were lucky, you found a couple of pizza boxes that when pulled apart just right, looked enough like the bases at Memorial Stadium to satisfy us for a few hours.

Sometimes you couldn’t rally enough friends to play, and that forced us to take some liberties with the rules. Ground balls only had to be thrown back to the pitcher for a force out and hits to the opposite field were foul balls. Oh, and three fouls…you’re OUT!

Pitchers generally lobbed the ball because everyone wanted to hit, despite the fact that the beaten wooden bats we could scrounge up, were held together with duct tape and nails.

When the sun went down, families took to their backyards for a cookout or perhaps the Mack Daddy of Maryland summer treats – hot steamed crabs. But throughout it all, baseball was always present either in conversation or via portable black and white TV’s or leather-bound transistor radios.

Believe it or not, back then All-Star games really mattered. Besides this Mid-Summer Classic, our Orioles never played against the National Leaguers unless they made it to the World Series, something the Birds of Baltimore always seemed to be in contention for.

We watched that battle between the leagues with pride, waiting impatiently for one of our guys to step up and make an impact play. Brooks, Frank, and Palmer were All-Star staples. 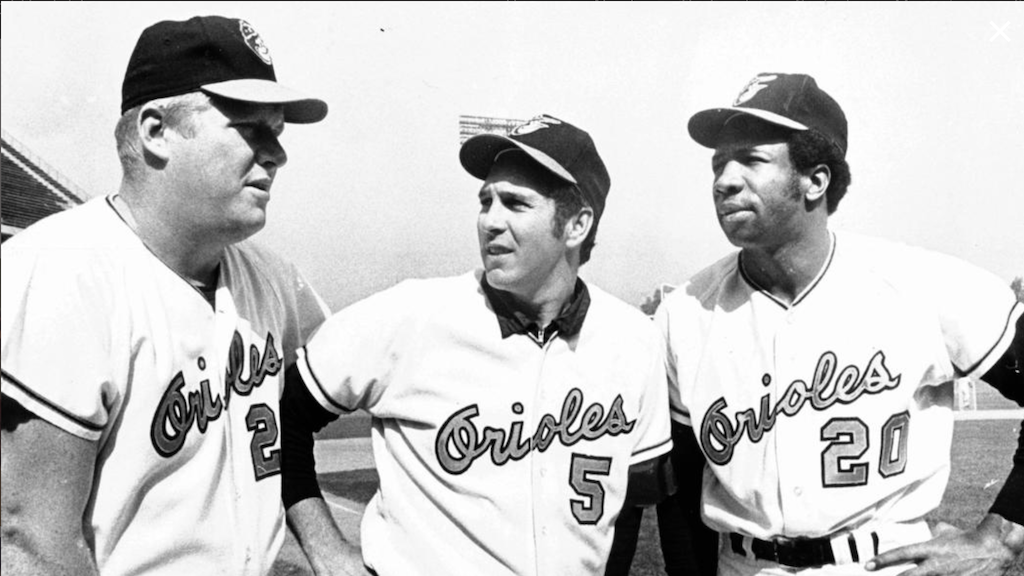 Those Orioles…they were OUR guys.

One friend, during whiffle ball games, had an uncanny knack for imitating the batting stances of each Oriole. We competed to guess who was being imitated even down to the less memorable stances like that of Andy Etchebarren or Curt Blefary.

We knew the lineups too – had them memorized! Nearly every day it was the same except for an occasional platoon when Earl Weaver, relying on a then state-of-the-art filing system that helped him to take advantage of favorable matchups, made a line-up switch.

Earl Weaver, No. 4, the game’s best manager and by far the most entertaining, particularly when a call didn’t go the Orioles way. You knew it was just a matter of seconds before the diminutive skipper would pop out of the dugout and get in the grill of the men in blue. 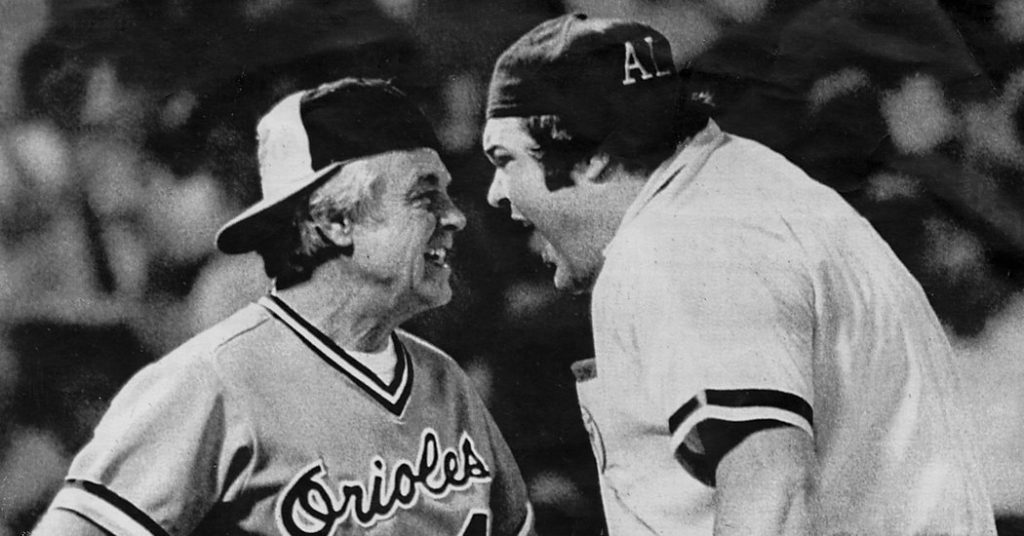 Baseball is much different these days. It’s far more of an international game and so many players come and go with the passing seasons. Curt Flood and the advent of free agency took away the stability of a roster that seemed a given when I first became a fan. Then, as we grew up, the O’s roster grew older.

And sometimes, either by a trade or retirement, we had to say goodbye to one of our guys. It was akin to a close family member moving away from home.

But change can be for the better and in many ways, it is.

During my formative years, we had to wait for late night scores from the West Coast well into the next day. Unless of course you were able to stay awake with your transistor and ear bud (yes, singular) as your bedside companions. Today, one look at a smartphone and more information about the game than you can possibly process, is at the tip of your finger.

Yes, times have changed. Baseball has changed, but hopefully as the Orioles begin their 2018 campaign, those good times are as constant as they were back in the team’s heyday when black and orange, like black and purple today, galvanized a community.

Throughout our lives, as The Field of Dreams reminded us, baseball has been a constant. It represents all that is good about the spring, summer and the early fall that lies ahead. In recent years the Orioles have been playoff contenders. They’ve reminded us of how exhilarating playoff baseball can be.

Perhaps they can do it again.

Here come the boys of summer!