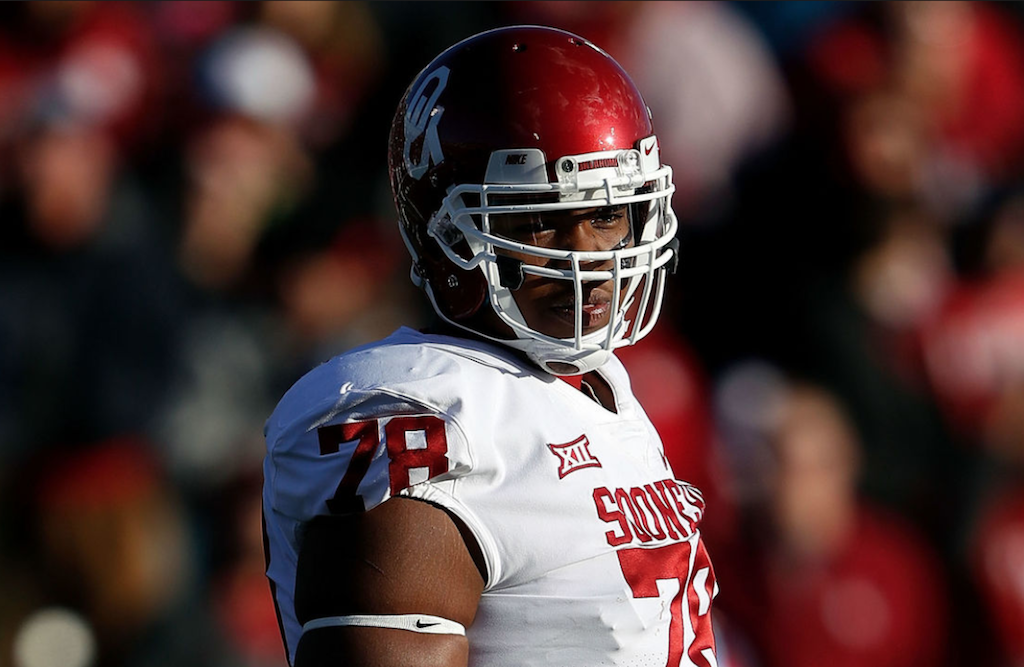 A popular notion this offseason has been that the Ravens will use their first-round draft pick for an offensive lineman. The feel-good story of Orlando Brown Jr. after his father successfully played for the team sounds nice, but hopefully, the combine has ended that idea. Not that I dislike Brown, I just don’t think he provides enough value for the 16th overall pick.

For what it’s worth Trenton Brown (no relation) is the only tackle above 340 pounds that has ever graded positively in pass protection from Pro Football Focus since its inception. Brian O’Neil and Connor Williams are two others that have been frequently mocked to the Ravens. The only lineman I’d be ok with is Quenton Nelson but that would be a considerable fall even if he made it out of the top 10. Mike McGlinchey, Ronnie Stanley and Quinton Nelson’s former teammate at Notre Dame is the other exception that wouldn’t have me screaming at the TV. 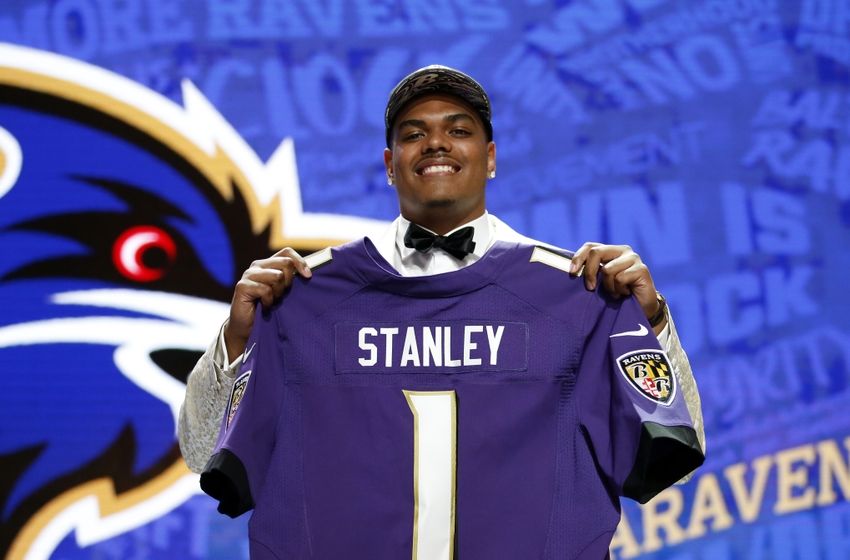 I’m not suggesting the offensive line isn’t important, on the contrary, it’s imperative for Joe Flacco to not only have playmakers but a solid offensive line….and a running game…..and a defense. Ok, so maybe he needs everything to help him out. After a decade most fans have realized we don’t have Tom Brady….or his modest salary cap figure. Flacco doesn’t elevate the level of play around him but he is capable of playing at the highest level.

After losing Ryan Jensen and Austin Howard reinforcements must be brought in. The offensive line depth is not quite as thin as you may think with Nico Siragusa, Marshal Yanda, and Alex Lewis all expected to return healthy this season. John Harbaugh stated earlier this week during the media breakfast held during the owners’ meetings, that he expects, as of now, the starters to be Stanley, Alex Lewis, Matt Skura, Yanda, and James Hurst from left to right. That makes for all 5 on the offensive line to have a fair amount of starting experience, which is comforting not to have to rely on a rookie even if he is a first-round pick.

Take comfort in the Ravens recent success with offensive linemen such as Ryan Jensen (6th round pick) and Rick Wagner (5th round pick) that both went on to receive the largest deals of any center and right tackle in the league. In 2014, when Wagner was projected to be the starter at right tackle, many fans wanted Ozzie Newsome to sign Eric Winston. In 2017, when Jensen was the likely front-runner out of Skura and John Urschel, the name frequently mentioned was Nick Mangold. The Ravens seemed content and for good reason. The Ravens coaching staff is doing a good job developing offensive linemen and assessing the talent they have on their roster.

Now if they could just have the same luck at wide receiver when drafting them.

This year’s draft is loaded with interior offensive line depth and above average as far as tackles. There is no need to reach when the starters are likely already set. Instead the mid to late rounds can be used to find the next Rick Wagner and Ryan Jensen.