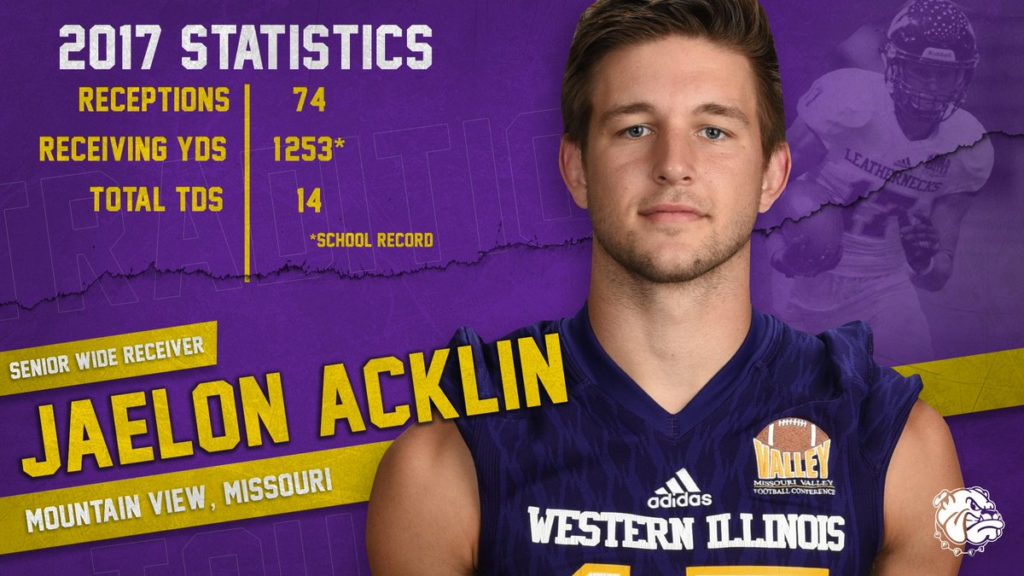 Some notes on the Ravens 2018 Undrafted Free Agents. Note this list is not yet an official one.

Du’Vonta Lampkin, DT, Oklahoma – 6’4″ 335lbs: He’s massive. He was a RS sophomore at Oklahoma. NFL Draft Analysis indicated that he’s not much of a pass-rusher, but he’s pretty good against the run. Has some maturity issues and stamina isn’t too impressive.

Mason McKenrick, LB, John Carroll – 6’3″ 220lbs: He played running back in high school and in college he was more of a LB/S hybrid. He feels like his speciality is playing in space and in coverage. In 2017 he had 71 tackles, 10 for loss, 5 passes defensed, 4 sacks, and 2 picks with one being returned for a TD. He was also their punt and kick returner.

Christian LaCouture, DT, LSU – 6’5″ 300lbs: Probably a 5-technique for us. He’s in great shape and able to handle playing a lot of snaps, but he’s not all that explosive. NFL-DOT-COM’s draft analysis has him listed as a PS guy with upside as a rotational DE in a 3-4.

Jaelon Acklin, WR, Western Illinois – 6’2″ 195lbs: Had over 1,300 yards and 10 TD’s last year for Western Illinois. Only 2 other receivers since 2000 have posted better 3-cone drill, short-shuttle, and vertical. Really raw, but athleticism is up there with some of the more elite players in the league.

Randin Crecelius, OL, Portland State – 6’5″ 310lbs: Played LT at Portland State. As a player, compares himself to Joe Staley. Pros are that he keeps a good base with good knee bend. Cons are he has heavy feet. I wouldn’t be surprised if they moved him around a fair amount to figure out the best spot for him.

Chris Board, DB, North Dakota State – 6’1″ 220lbs: I’ve seen him listed anywhere from 205lbs to 230lbs and a defensive back and a linebacker. So, I’m not really sure what the Ravens have in mind for him.

James Crawford, LB, Illinois – 6’1″ 240lbs: He played DE/OLB at Illinois. Based on his stats, looks like he was a rotational player. He had 26 tackles, 4 sacks, and 5 tackles for loss. He did, however, have 4 passes defensed last year. So, maybe he’s decent in coverage? Looks like he’s pretty versatile.

Alex Thompson, C, Monmouth – 6’3″ 305lbs: Started 44 straight games at center for Monmouth. Also has a background in wrestling. Was First Team, All Big South Conference in 2017. Part of an OL that gave up the 2nd fewest sacks on a team with the most passing attempts.