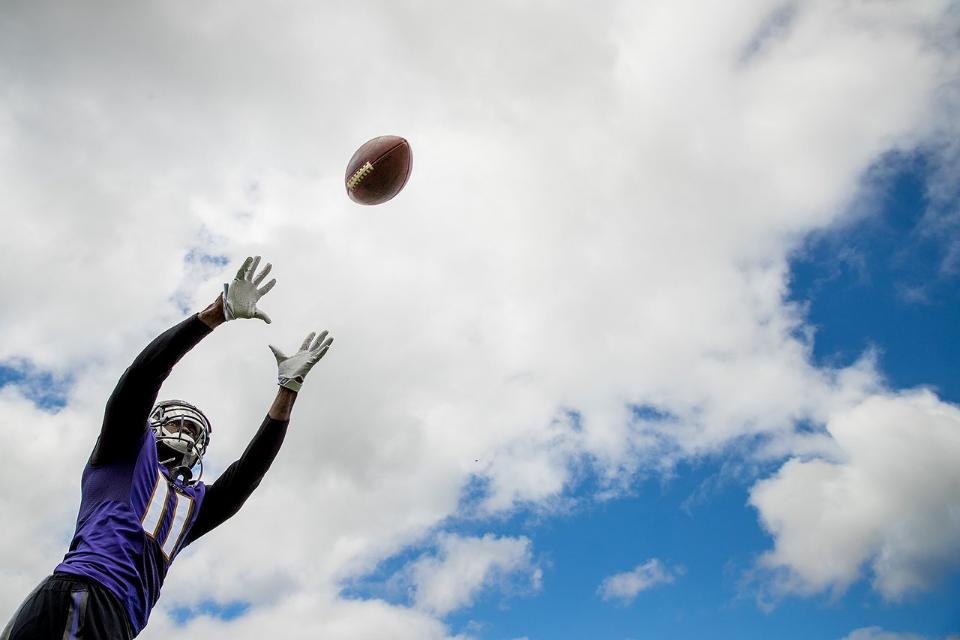 When you read articles in national publications about teams in the NFL not named the Ravens, we take it as gospel. But the national pundits miss a ton. We only need to look at how the nationwide guys and gals cover the purple and black.

Pro Football Focus’ recently published piece via ESPN Insider is a perfect example. The article’s intent is to rank the rosters of all 32 NFL teams while highlighting the biggest strengths and weaknesses of each. The Ravens roster graded out as the league’s 20th best.

PFF: Guard Marshal Yanda, who broke his ankle in Week 2 last season, is the best player on the Ravens’ roster. His strength in pass protection, allowing just six total pressures in 2016, makes him one of the most dominant offensive linemen we’ve seen since we began grading.

MY TAKE: Hard to argue against Yanda who will one day make his way to the Pro Football Hall of Fame. But if the oft-injured (as of late) soon-to-be 34-year-old guard is the Ravens biggest strength, John Harbaugh is in trouble. That said, sadly in this case, I can’t come up with a bigger strength than Yanda – when healthy.

PFF: James Hurst has struggled throughout his career, seeing time at tackle and guard. From 1,490 pass-blocking snaps since 2014, he has allowed 10 sacks, 21 hits and 77 hurries. In an ideal world, with Alex Lewis returning and the arrival of rookie Orlando Brown, Hurst will be a backup/sixth offensive lineman in heavy sets for the Ravens in 2018.

MY TAKE: Hurst will be a backup and therefore not really the team’s biggest weakness. That distinction goes to the inside linebacker who steps in to play beside C.J. Mosley. 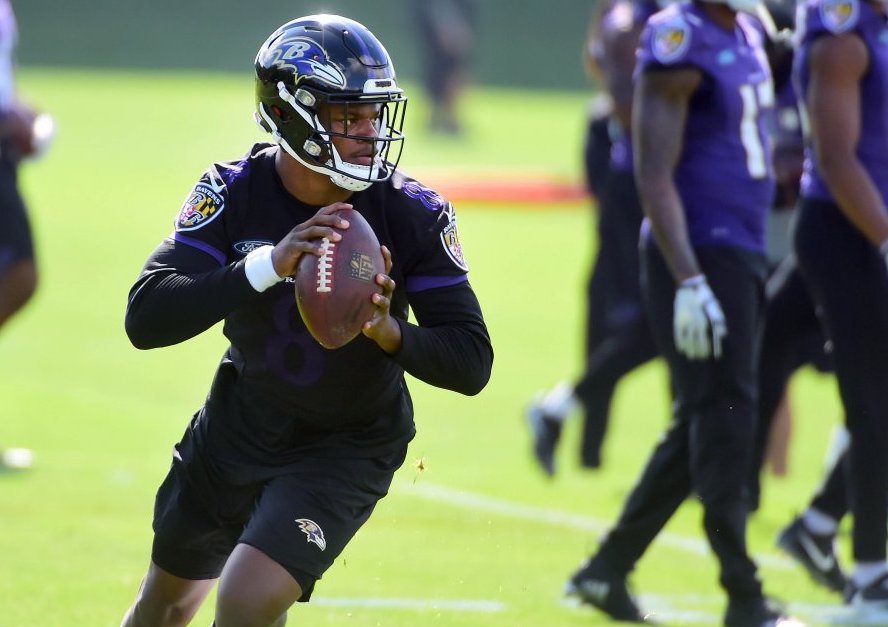 NFL.com takes a swing at the league’s 5 biggest unsolved mysteries. Coming in at No. 4 is the Ravens quarterback position.

Baltimore’s brass has been adamant that former Heisman Trophy winner Lamar Jackson is a developmental prospect and insurance policy as opposed to a direct threat to Joe Flacco‘s job. That may indeed be the case now that surrounding talent has been restocked in impressive fashion, but Flacco is under no delusion that his leash remains as long as it once was.

Even if coach John Harbaugh keeps finding ways to get Jackson onto the field, we don’t expect the rookie to overtake the veteran this summer. As Dan Hanzus suggested, though, it will be interesting to see how the two quarterbacks co-exist. How will Flacco react not only to the fire of competition but also to the incessant hype for a dynamic young talent?

MY TAKE: If Flacco struggles (and I don’t expect him to), Harbaugh will hand the reins of the offense over to Robert Griffin, III, not Lamar Jackson. Jackson and Griffin would then be the QB tandem in 2019 with a possible rookie to boot.

Back to PFF, in another piece they chime in with NFL roster battles to watch. For the Ravens, PFF keys in on the following:

• Perriman’s reps will be limited and he’ll be shown the door before September. The story will not be all that compelling.
• The Ravens spent first and third round picks on tight ends. Boyle will stick around, Williams could be on the bubble.
• Edge defenders? C’mon man! Edge? That said, it will at least be interesting to see if Correa can play on the edge. You know, the reason he was drafted in 2016…
• Pierce, Williams and Henry will all be key contributors and part of a productive rotation. That’s a given. There’s no battle roster here.
• Tony Jefferson v. DeShon Elliott? You’re a season too soon with this one PFF.

Joe Flacco didn’t have a good year. He was sloppy with his mechanics. They need to go back to the basics with him and get him back to being precise and disciplined. They didn’t draft Lamar Jackson [the No. 32 pick out of Louisville] to be the starter in Week 1. They’ll put some packages in for him. But drafting Jackson puts Flacco on alert. He needs to play better.

They have an interesting group of wideouts. They added Michael Crabtree, John Brown and Willie Snead in free agency. They also have Breshad Perriman, who I liked coming out of college, but it clearly hasn’t happened for him. They drafted two fascinating prospects in Jaleel Scott [out of New Mexico State in the fourth round] and Jordan Lasley [UCLA in the fifth]. You have to expect that Brown and Crabtree will be starters. Brown can run. That gives Flacco the vertical dimension he likes. It will be hard to get all these new guys on the same page. 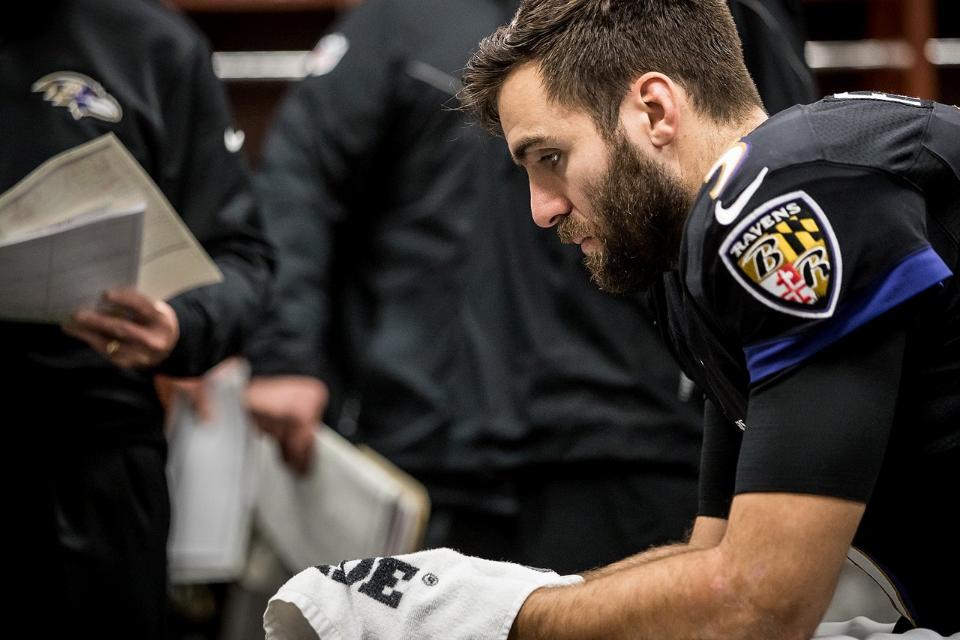 MY TAKE: The most interesting bit here is the very last statement: “It will be hard to get all these new guys on the same page.”

The Ravens needed to drastically change their WR room. It’s possible that the only wideout from 2017 to make the 2018 roster will be Chris Moore. Continuity is off the table. Let’s hope that the OTAs, training camp and the rumored Flacco-sanctioned private workouts will push rapport to an acceptable level. I’m actually optimistic on this front.

Tom Hanks once exclaimed in A League of Their Own that, “There’s no crying in baseball!” Apparently it’s allowed in soccer.

Did anyone do this after Lee Evans‘ & Billy Cundiff‘s failures in the 2011 AFCC? https://t.co/ThKtjngx8k

Yesterday on Eutaw Street Report, I wrote a piece called, A Sinking Ship Named The Baltimore Orioles. In the article I referenced the Edmund Fitzgerald. In the comments section beneath the article “Jim” asked, “Does that mean their will be a song written about this “sinking ship”?

The grammatical error aside, I decided to take Jim up on his passive suggestion.

(To the tune of “The Wreck of the Edmund Fitzgerald”)

These are the long-lost days of the Orioles Way
In a town that they call The Charm City
The team, it is said, always plays like it’s dead
When the summer arrives, what a pity

The fans they will cry that the talent runs dry
As the minor leagues look rather putrid
The farm system bleeds, they’re filling no needs
And offer no hope for the future.

These are the long-lost days of the Orioles Way
In a town that once proudly screamed OH!
Baltimore’s team has just run out of steam
The demise of the SS Angelos

Hey Rob Fahey, if you’re reading, I’ll expand on these lyrics if you want to give it a go.

1957, John Lennon and Paul McCartney met for the first time at The Woolton Church Parish Fete where The Quarry Men were appearing. As The Quarry Men were setting up for their evening performance, McCartney eager to impress Lennon picked up a guitar and played ‘Twenty Flight Rock’ (Eddie Cochran) and ‘Be-Bop-A-Lula’ (Gene Vincent). Lennon was impressed, and even more so when McCartney showed Lennon and Eric Griffiths how to tune their guitars, something they’d been paying someone else to do for them.

1992, David Gates from Gateshead, Northumberland was given one year’s probation after being convicted of stealing guitars from the back of a van belonging to The Bay City Rollers.

On This Day in Music History courtesy of www.thisdayinmusic.com