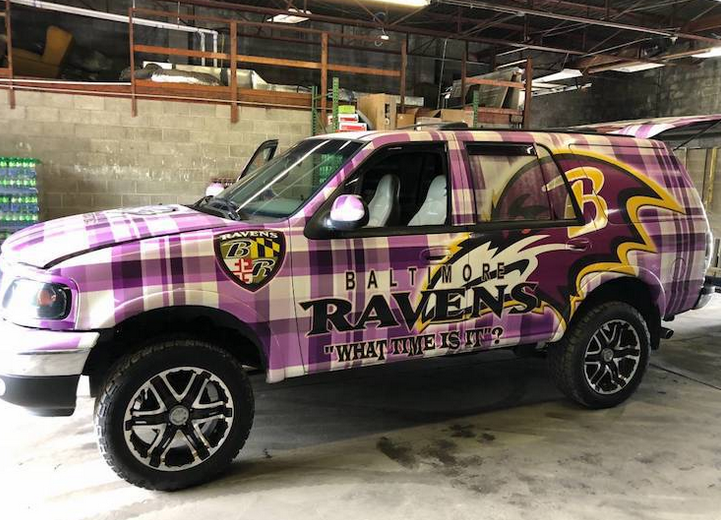 It seems that monsoon season may FINALLY have ended here in Baltimore. Here’s hoping all of you stayed safe and relatively dry out there over the last five days of biblical rainstorms. Let’s see what everyone is saying about the purple and black this week.

LJ8 stopped at Baltimore Sports and Novelty last week and picked up some gear for his friends. In this piece, in Louisville’s local paper, the Courier-Journal’s Jake Lourim   (Jackson went to the University of Louisville) recounts a recent interview with Jackson, where he expressed pleasant surprise to the reaction he’s received around town and at training camp from fans thus far.

John Harbaugh had his latest “get off my lawn moment,” lamenting the lack of toughness of today’s rookies.”(Muscles, joints, tendons and ligaments) callus up a little bit, and you can practice all day and run all day,” Harbaugh told reporters. “Our guys coming in right now, most of them don’t have that,” said Harbs.

Any actual medical professionals care to chime in on Dr. Harbs’ assessment here?

Need a new tailgating ride? This 2001 Ford Expedition can be yours for just $4000! Busted Coverage unearthed this beauty, which is for sale up in Havre De Grace.

Ray Lewis and Baltimore: A Creation Myth 22 Years in the Making

The Baltimore Sun’s Childs Walker has a long read on Ray Lewis, with quotes from Rex Ryan, Brian Billick, Rev. Jamal-Harrison Bryant (Ray’s pastor in Baltimore), and plenty more. Bookmark this one and read it sometime between now and August 4, when Ray is induced into the Pro Football Hall of Fame in Canton, Ohio.

NFL.com’s Gregg Rosenthal lists his biggest AFC training camp battles to watch, and the one he singles out in Baltimore isn’t so much a player-vs-player battle as a player-vs-player’s social media power battle. A fitting way to describe this “competition,” if you ask me.

Terez Paylor of Yahoo! has some interesting ideas on off-field things the NFL could do to make itself more fun again. As a huge MLB fan, I’m well-versed in “the league/game is dying” rhetoric, which is usually overblown. Still, there’s no denying that the NFL doesn’t have the monopoly on Amercians’ Sunday afternoons that it used to. While Paylor doesn’t address the over-saturation (a big issue, in my mind, is games on Thursdays and sometimes Sunday mornings) problem, I think he is spot-on with his critique of the NFL’s arcane social media policies (a problem shared by MLB) compared to those of the NBA, which is thriving.