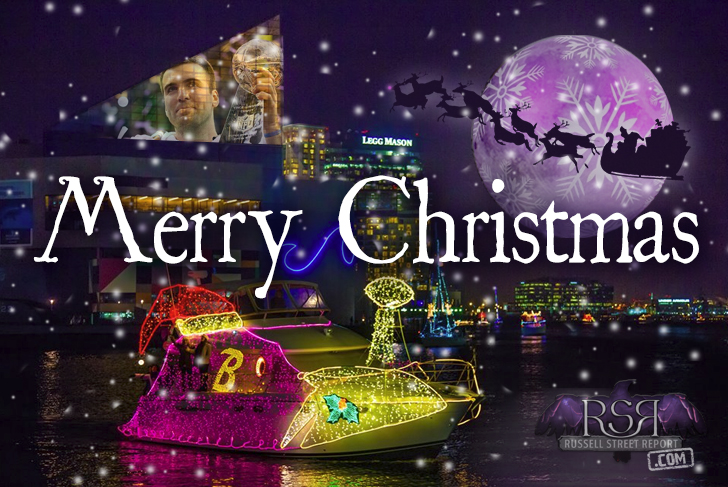 You’ve probably seen that old Staples commercial with the Mom gleefully romping around from aisle to aisle to the Christmas Classic, “It’s The Most Wonderful Time of the Year”, as she buys school supplies for her kids.

I’ve always thought the same during the dawn of a new NFL season, although clearly last night’s game in Philadelphia reminded no viewer of “It’s a Wonderful Life”.

But that said, with each new season there’s new hope and in this NFL era of parity, even the teams that are seemingly the weakest, stand a chance. There’s almost always a couple of teams that come out of nowhere to punch their ticket to the NFL’s postseason dance.

With hope, there’s enthusiasm – perhaps even an overabundance of it. Maybe there’s purple Kool-Aid in my veins. Time will tell. But without further ado, here are my seasonal predictions for the Ravens 2018 campaign.

• Joe Flacco’s stat line on the season will include: A 64.5% completion rate; yards-per-attempt that will match his career high of 7.4; he will fall just shy of 4,000 yards passing and his passer rating will nearly approach his career best mark of 93.6 set in 2010.

• No Ravens player will score more than 8 TD’s but three will tie for that mark: Alex Collins, John Brown and Michael Crabtree.

• During Justin Tucker’s worst season, he connected on 82.5% of FGA. In 2018 his number won’t be that bad but it will fall below 85% and he’ll miss a PAT for the first time in his career.

• Hayden Hurst will flash at times but his rookie season will be complicated by foot injuries, appearing in just 10 games during which he’ll post 36 catches for 450 yards and 4 TDs.

• John Brown will eclipse the 1,000-yard mark while Crabtree and Willie Snead combine for 1,500 yards.

• RB De’Lance Turner will eventually make his way on to the 53-man squad later in the season and make a splash with a couple of 30+ runs.

• Matt Judon will lead the Ravens “sack pack” with 11 QB takedowns while Terrell Suggs, Tim Williams, Tyus Bowser and Za’Darius Smith will join forces to flirt with the Ravens single season sack total record (60). Unfortunately, they will fall short at 56.

• Tavon Young will lead the team with 5 interceptions, one of which he’ll return for a score at home against the Bengals.

• Robert Griffin, III will be dealt to a contender that lost their starting quarterback before the October 30 trading deadline.

• The Ravens go (10-6) in Ozzie Newsome’s final season as the team’s GM. John Harbaugh’s tenure in Baltimore gets a reprieve as the Ravens are able to snatch another playoff road win but they are ultimately sent packing when they lose in the Divisional Round. That said, the season will be a success and an excellent building block for years to come.

Sometime in January we’ll circle back around and revisit these predictions. More than likely, together, we’ll poke fun at them.

Until then, what are some of your predictions?