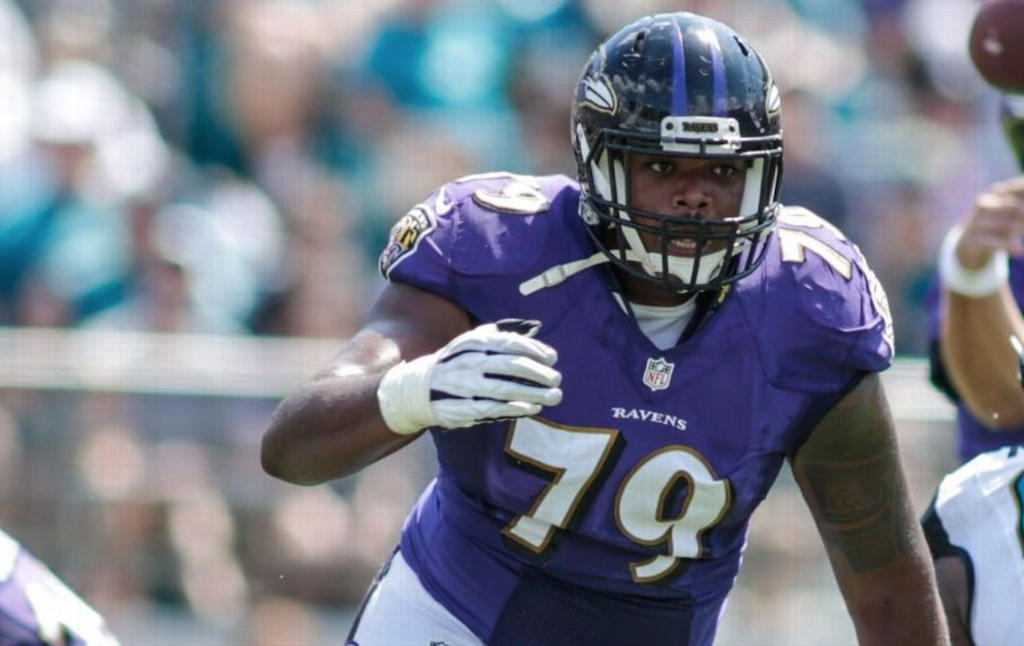 If the Ravens want to make a push into the postseason, there are many things they need to clean up, most of which were on full display in Cincinnati. Among those things is the play of tackle Ronnie Stanley.

Stanley was the 6th overall pick in the 2016 NFL Draft. He was a bit of a consolation prize. It is widely known that the Ravens preferred Joey Bosa and Jalen Ramsey over Stanley, but that said, the former Golden Domer has been a solid, albeit unspectacular draft pick. But Stanley has to pick up his game and perform to the level of his draft status. So far, he hasn’t.

Currently Stanley grades out as the NFL’s 45th best tackle overall, 28th in pass protection and an eye-popping 82nd in the run game, per Pro Football Focus. That’s just unacceptable. When a team burns such an elite pick on an average player it places pressure on others to overachieve. And it’s hard not to think back to 1996 when the Ravens used the 4th overall pick on Hall of Famer Jonathan Ogden.

The truth be told, Stanley is far closer to the disappointing play of previous Ravens tackles Michael Oher and Eugene Monroe than he is to the play of J.O. Maybe that’s an unfair comparison but it’s only natural to have high expectations for the sixth overall pick.

There’s no denying that Cleveland QB Baker Mayfield looked terrific in relief of Tyrod Taylor this week on Thursday Night Football against the New York Jets. He showed poise, a command of the offense, his release was quick and on time and he adeptly moved in the pocket to avoid oncoming rushers. If Thursday was any indication, Mayfield will be a thorn in the side of Baltimore twice per season for years to come.

Browns head coach Hue Jackson hasn’t named Mayfield the starter just yet but we all know that’s coming. Imagine sending Taylor out on to the field as the starter next Sunday. The Cleveland lynch mob would make Jackson Ohio’s most wanted man, particularly after Mayfield’s heroics unlocked Bud Light coolers throughout Cleveland. But we all know that won’t happen, particularly with 10 days for the rookie to prepare.

And while we’re on the topic of being prepared, expect the Oakland Raiders to be exactly that when they host the Browns next Sunday. They will scheme to stop Mayfield and that alone presents a new set of challenges for the 2018 No. 1 overall pick. We’ve seen it before, when the relief pitcher enters a game and looks like the next coming. Expect a coming-back-to-Earth outing for Mayfield during his first trip to The Black Hole.

As The ‘Burgh Turns

Reporter: Antonio, after the fourth touchdown why were you so mad?

AB: We’re losing the game. We’re getting beat by 40 and we haven’t won a game yet. For me, as a Steeler, that’s unacceptable. I’m not on the sidelines begging for the ball or making statements like you guys state. I’m pissed off. We’re losing. We suck!

AB: You guys make assumptions about my emotions. You guys don’t know me at all. You guys are just going to write what you think is going to get hits.

Just tied the game and Brown was demonstratively berating Steelers offensive coordinator Randy Fichtner? Yeah, I’m calling BS on Brown. This is the same player that lost his mind on the sidelines in Baltimore last season because Ben Roethlisberger didn’t see a wide open Brown running a skinny post. Oh and the Steelers won that game 26-9.

In the all-time regular season Denver-Baltimore series, the Broncos hold a 6-5 advantage. In postseason play, the Ravens are 2-0. Baltimore is 5-1 when playing Denver at home. However, the Broncos have won three-straight regular season matchups against the Ravens, the most recent being a 19-13 victory in the Mile High City on Sept. 13, 2015.

The Ravens have scored TDs on all 9 of their red zone drives this season. Baltimore’s 9 RZ TDs rank as the NFL’s most entering Week 3, while the Ravens and Kansas City Chiefs (6-of-6) are the only NFL teams to remain perfect scoring TDs when inside the 20.

Moral of the story?

Get in the red zone more often!

Something to make you smile #RavensFlock!