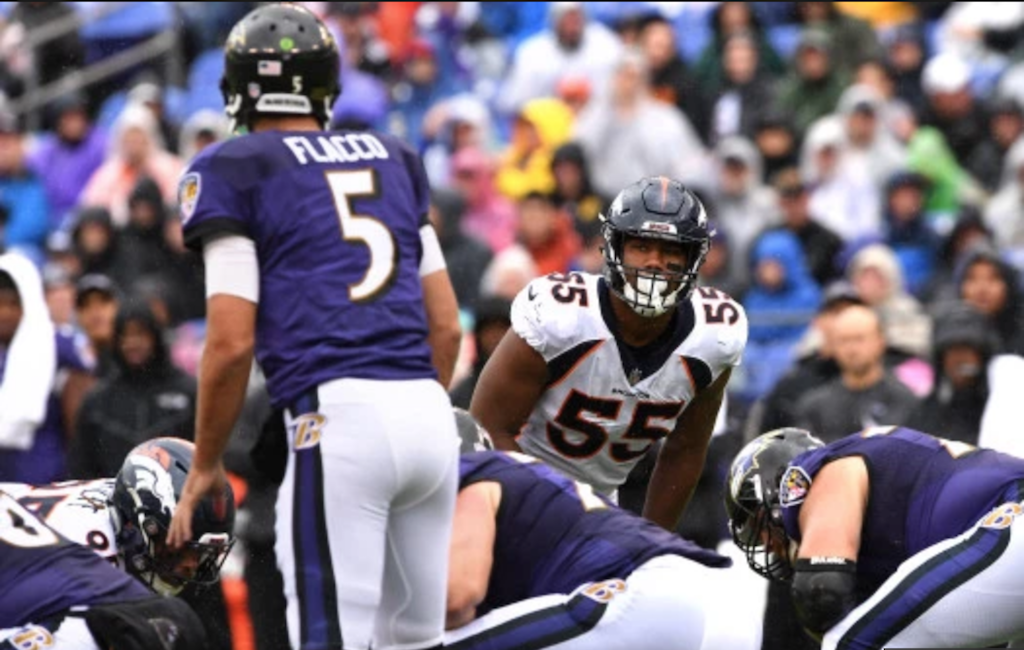 The Ravens advanced to (2-1) on the season with an impressive 27-14 win over the Broncos before another rain-drenched crowd at M&T Bank Stadium. It’s rather apparent that Joe Flacco is a mudder.

Just as he did in the opener against the Bills, Flacco was completely unaffected by the elements. If anything, his accuracy seems to improve, dropping dimes and short touch passes in ways that we aren’t accustomed to seeing when playing conditions are far more favorable. For those wondering, the extended forecast in Pittsburgh for Sunday Night Football calls for clear skies and temps in the low 60’s. The Ravens are currently listed as 3 ½ point underdogs.

More on the drama, “As the Burgh Turns” later this week. But for now, some observations from yesterday’s game…

You have to like the way the Ravens are using their new posse of receivers. When signed, on paper, the trio appeared to be a complementary group. On the field, it seems to be playing out as planned. Michael Crabtree works the perimeter and the back-shoulder throws. John “Smoke” Brown stretches the field and makes contested catches. Willie Snead works the slot, is sure-handed in traffic and moves the chains. By the way, prior to the regular season SI’s Andy Benoit suggested that Smoke was just a replacement for Mike Wallace. Seriously? The two are hardly comparable. Brown has a far more multi-faceted game than Wallace. Benoit should be embarrassed by the comparison.

The running game showed some life but clearly there’s room for improvement. The Ravens are missing that physical presence at center and that makes the guards less effective on pulls and traps. Alex Lewis hasn’t developed the way we all expected.

Side Bar: If salary cap wasn’t an issue, wouldn’t it be nice to have an offensive line that went like this: Stanley-Osemele-Jensen-Yanda-Wagner? 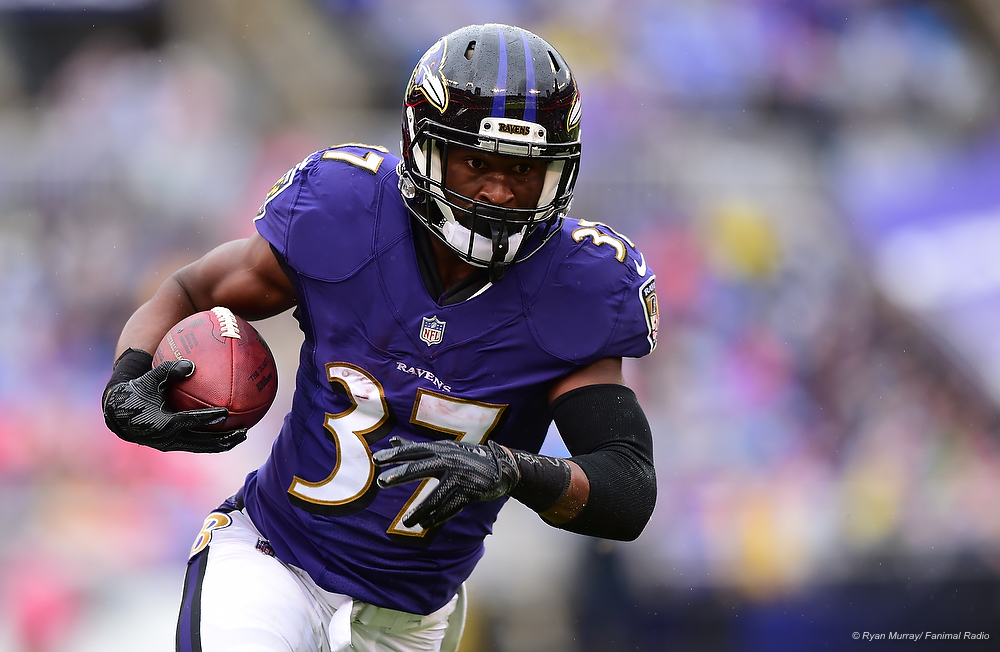 One player who is developing into a nice, well-rounded albeit unspectacular contributor is Buck Allen. He’s improved as a pass blocker, is sure-handed and he has a knack for squeezing out an extra two or three yards when there’s little daylight to navigate. He’s not the fastest guy, not the biggest guy but he’s developing into quite the professional. He’s a perfect example of how hard work and dedication can produce results. I think the camaraderie between him and Alex Collins speaks volumes about both men.

Nice to see offensive coordinator Marty Mornhinweg involving Collins more in the passing game. Let’s hope the effort continues. Collins is the best of the Ravens at making something out of nothing. The more plays he can make in the passing game, the more things will open up for Snead and the Ravens tight ends. Speaking of which, you have to like what you see from Mark Andrews. He’s making tough catches down the seam. I liken him to Dennis Pitta and the combo of him and Hayden Hurst (who I liken to Todd Heap) is really something to look forward to. The guess here is that they will take the field together in Music City on October 14.

Mornhinweg also schemed up a nice plan to neutralize Von Miller, particularly when your starting right tackle is James Hurst. Miller was quiet. That said, Bradley Chubb destroyed Ronnie Stanley on his first full sack of his professional career.

The Ravens now hit the road for three straight in Pittsburgh, Cleveland and Nashville. It’s their most challenging stretch of the season. That’s why the Broncos game was a must win. When the Ravens return home on October 21, they’ll host Drew Brees for the last time in his illustrious career.

When Kenny Young really learns the professional game and can diagnose plays, he’ll be able to completely unleash his instinctiveness. He has the potential to become a special player. It’s pretty clear that he should be a regular starter.

The Ravens red zone effectiveness remains unblemished. They are perfect inside the 20, scoring touchdowns during all 12 red zone possessions. They are the only NFL team that can make this claim.

Per @EliasSports, the #Ravens are first NFL team to score TDs on its first 12 red-zone chances. Ravens are a perfect 12-for-12 in the red zone through three games.

Props to Justin Tucker nailing two 52-yard field goals in less than ideal conditions. He’s hands down the league’s best kicker. Added props to Sam Koch who helps provide Morgan Cox with job security. Cox’ snaps on Sunday were less than ideal and in part, led to the blocked punt. He was high and wide for most of the afternoon.

Speaking of the blocked punt, Tyus Bowser totally whiffed on his blocking assignment. As an interior blocker, it’s a cardinal sin to allow your man to get inside of you and that’s exactly what Bowser did. He’s been another second-round disappointment for the Ravens. It just seems as if the NFL is too big for him. The Ravens picked Bowser ahead of Juju Smith-Schuster. #AddInsultToInjury

Wink Martindale’s unit gave up 120 yards rushing, most of which came via chunk yards on backside, cutback runs. The Ravens edge containment has been an issue, particularly on the reverse to Emmanuel Sanders. Even the usually dependable Terrell Suggs has been caught cheating inside leaving the flank vulnerable. That said, give Martindale and his assistants credit for adjusting at halftime. The Ravens haven’t allowed a single second-half touchdown so far this season. If not for a ticky-tacky holding call against Tavon Young in Cincinnati, the Ravens could be among the undefeated teams.

Where is the pass rush? There were times yesterday when Case Keenum had all day to throw and the 3 sacks registered in the game were coverage sacks. There’s no push up the middle whatsoever. Martindale will have to dial up something for Sunday night to prevent Ben Roethlisberger from climbing the pocket. Otherwise it’s going to be a long night for the Ravens defense.

Hate to keep beating this drum, but it rears its ugly head weekly. Brandon Williams’ productivity has fallen markedly. I bet the Ravens wish they could rewind that contract, paying a two-down run stuffer all that money and then he stops stuffing. They need more out of the $52.5M man.

It will be interesting to see how the Steelers respond to all of the drama that has enveloped their locker room since Le’Veon Bell decided he wasn’t showing up for work on Opening Day. The line for tonight’s game is now a pick ‘em with the over/under set at 54 ½ points. Fitzmagic will remain alive. Give me the Bucs 37, Steelers 34 in a thriller.